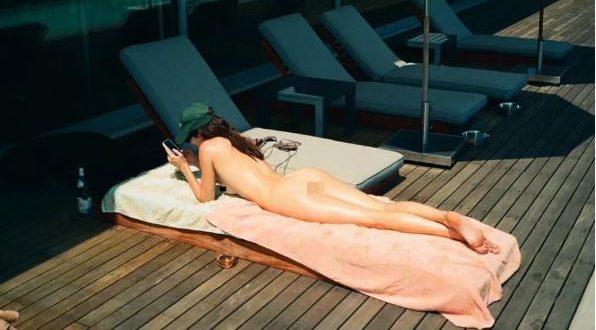 Sun’s out, bum’s out for Kendall Jenner.

The 26-year-old supermodel shared a snapshot of herself to Instagram on Sunday and the image showed her lying out in the sun, wearing nothing but a green baseball cap.

Taken as Jenner lay on her stomach, the photo sees her looking on her smartphone as she catches some rays position on what appears to be a patio deck.

The multi-slide post includes an image of her jumping while astride a horse, a video from inside a car, a snapshot of sushi and more. Jenner captioned it with a single “🤗” emoji.

Jenner has never shied away from posting nude pictures throughout the years. In June 2019, she shared several naked selfies of herself in a bathtub, while the following month she shared a racy pic from a photoshoot on Instagram where she bared it all.

This past April, The Kardashians star posed topless as she lounged poolside with a bottle of 818 Tequila, her liquor brand.

In a photo shared on Instagram, she wore only her purple swimsuit bottoms as she looked off into the distance. Jenner covered her chest with one arm across her body and had a bottle of her aged Anejo tequila in her other hand.

In a carousel of images, which she cautioned “@drink818 by the pool >,” she showed off some pink 818 pool floating balloons, her mini 818 bottles, a small 818 takeout box and a large bus with the words “Come Again Soon 818” written on the back.

Jenner’s newest photo post comes days after it was reported that she and NBA pro Devin Booker have ended their relationship after two years.

A source told Entertainment Tonight on Wednesday that “Kendall feels like they’re on different paths,” while another insider noted to the outlet that the model and the athlete “have had discussions about their future but they are not on the same page.”

Additionally, a separate source told E! News that “Kendall and Devin hit a rough patch recently and have been split for about a week and a half.”

Previous How to Make Profit on Women’s Fashion Shoes Business
Next ‘I know what your initial reaction may be…’: Canadian influencer’s powerful post 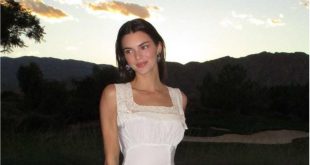 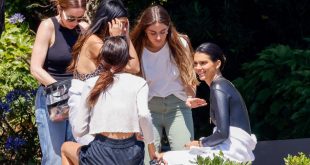