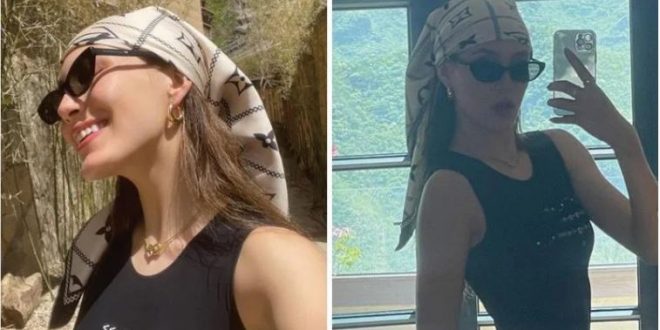 A recent social media post from Olympic skier Eileen Gu in which she says goodbye to China after months of making it her home for the Beijing Winter Games has drawn both plaudits and criticism.

Gu, who won two gold medals and one silver medal while representing China this year, is making her way back to the U.S. to begin her studies at Stanford University. The star athlete deferred a year to participate in the Winter Games.

On April 27, she shared a post to Weibo saying, “Thank you China,” with emojis of the Chinese flag and a red heart, along with a series of photos from her time in the country.

The hashtag “Gu Ailing posts on Weibo to thank China,” referring to Gu by her localized name, quickly became a top trending subject on the platform, CNN reported. Within two days, it garnered over 290 million views.

While many of her fans reciprocated the love, some social media users weren’t as impressed by the way she worded her thanks, accusing her of acting “like a foreigner.” They argued that her post seemed to be her distancing herself from China, as she failed to refer to it in the same way other athletes have in the past, using the words “motherland” or “my country.”

“Ultimately she thinks of herself as an American. She only joined China temporarily,” a top comment reportedly said.

Weibo has since limited search results for the hashtag to mostly positive comments from official accounts.

Gu, who was born and raised in the U.S., was praised in China for her choice to represent the country her mother is from. Though in doing so, Gu was also criticized by Americans for being “opportunistic,” amid strained U.S.-China relations.

Gu previously faced criticism during the Olympics after advocating for the use of VPNs to bypass the country’s social media restrictions.