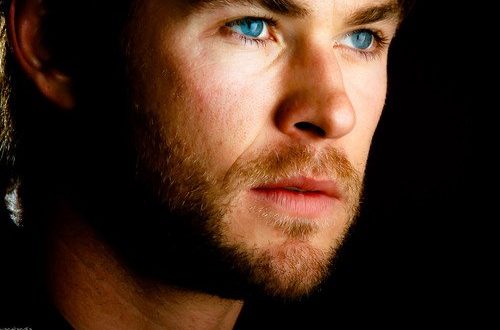 Blue Eyes are Most Unusual!

Blue eyes are simply beautiful to look at. They are also fairly uncommon among the masses! It has been estimated that only 8% of the world’s population has blue eyes. To give you an idea of just how unique blue are, consider this factoid.

Right now, it is estimated that somewhere around 7 billion people live on the planet. Going by the math, this means only 56 million people have some shade of blue as an eye color.

There are only a handful of celebrities who have blue eyes and even a smaller number who are male.

If you are a person with blue eyes – consider yourself lucky!

Other information about various shades of blue eye color will be touched upon, including popular hues of silver. Be sure to visit our page on green eyes if you are curious about the other rare eye color type.

Are you ready? Let’s jump right in! 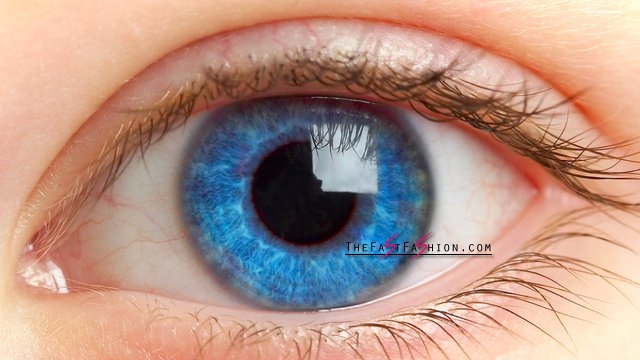 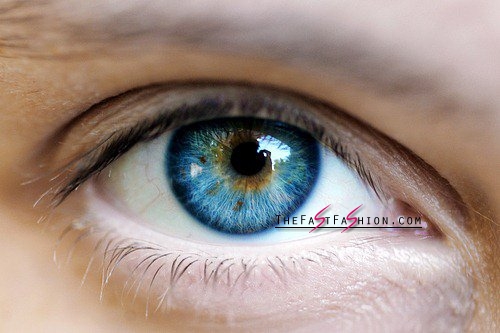 What is the science of blue eyes?

Many people want to know where blue eyes come from. Ultimately, your eye color is a function of genetics and is determined by two factors: (1) the pigmentation of the iris and (2) the way light scatters around the iris itself. Let’s take a quick look at both.

Pigmentation of a person’s iris can run the gambit from the darkest color, black to lightest color, blue. Largely influencing pigmentation is something called melanin, a complex polymer made from the amino acid tyrosine.

The appearance of blue and shades of blue (i.e. silver, blue-hazel) are the result of a scientific phenomenon known as Rayleigh scattering; which is a 25 cent phrase used to describe the way light scatters after riding its spectrum wavelength.

Most people mistakenly believe that colors like blue and green are in the iris – but in truth they are not. Your unique eye color is the direct result of how light diffuses across the melanin base, which as mentioned previously is determined by genetics.

For many years, scientists believed a person’s eye color was determined by one dominant gene. It was postulated that an eye color hierarchy existed with brown being at the top of the ladder and blue sitting somewhere at the bottom. Under this old way of thinking, this meant if your father had brown eyes and your mother had blue eyes, you would likely be born brown as your eye color.

RELATED:  Blue Eyes: Some Makeup Tips You Need To Know

New research, presented in a 2008 publication of the American Journal of Human Genetics washed the old way of thinking about eyes and color. The new research suggests that as many as 16 genes may influence the way color is expressed in the iris.

The unscientific translation means that a baby can be born with just about any eye color, regardless of what their parents have. It is important to note, however, that hereditary variables need to be factored into the equation.

In January of 2008, research was published by the University of Copenhagen that suggests blue eyes can be traced to one common ancestor. Scientists believe that somewhere between six and ten million years ago, a genetic mutation occurred that paved the way for blue-eyes in humans today. 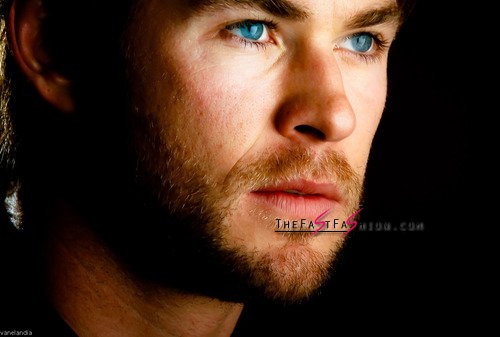 Can your eyes change to blue?

Many people are curious if eye color can change. The answer is – absolutely! People with blue, green or brown eyes all experience change in color from time to time. Causes for eye color changes include:

Eye color can change because of health reasons

The color of your iris can become changed permanently if you have glaucoma and take certain medications for treatment. If you have light colored eyes and want to keep them, you need to be extremely careful with the glaucoma medications you take. Make sure you consult with your eye doctor to discover all of the facts.

Other reasons eye color can change to certain types of diseases. Examples include Horner’s syndrome and Fuch’s heterochromic iridocyclitis. Should you notice any changes in the color of your eyes, contact your doctor immediately.

If you have green eyes, you are more susceptible to the sun’s harmful radiation. This has to do with our old friend melanin previously mentioned. Simply put, green eyed people can develop certain types of ocular cancers, like intraocular melanoma. People with light colored eyes should wear UV protective sunglasses when outdoors. 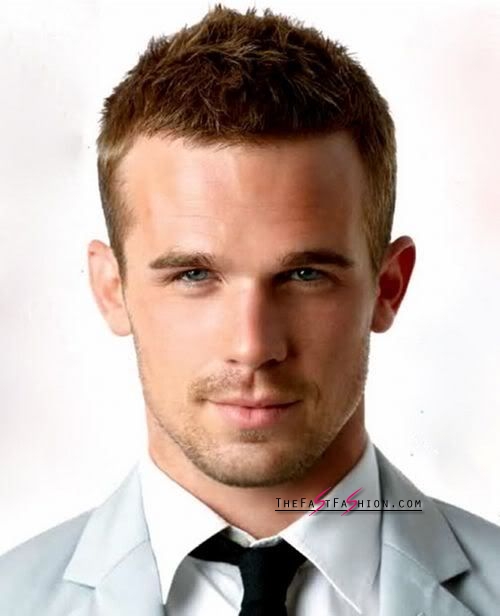 As mentioned previously, eye color pigmentation is not the result of eye color being deposited into the iris. In truth, your eye pigmentation has a small amount of brown in them. Because of the phenomenon of Rayleigh scattering, your eyes will reflect back a certain colored hew. 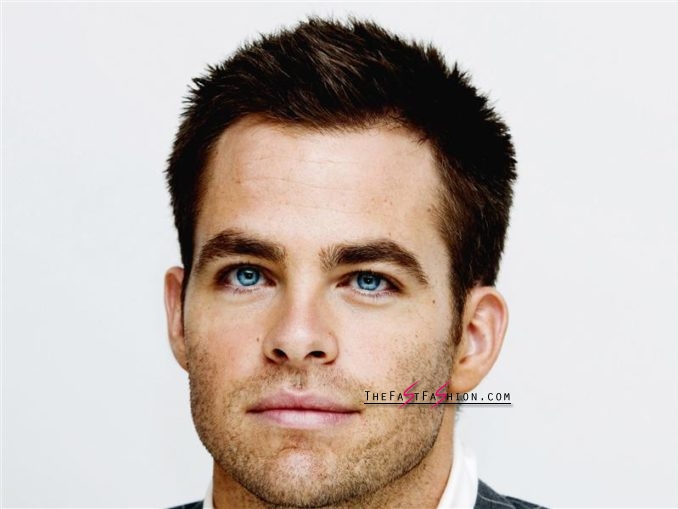 This same phenomenon is why we experience the color of our sky as blue. If we were on Jupiter, we would experience the Jovian sky in light pinks and reds. We would also see pinkish skies on Mars. The science involved with how we “see” our sky is the same science at play regarding how people (including you) see the color of your eyes.

Changes in light and blue eyes

Using the prior mentioned scientific principle of Rayleigh scattering, transformation of light particles that land on the iris will impact its coloristic appearance. This can result in a person having hazel, amber, jade, emerald, blue and even gray!

Other factors can influence the shade of green in eyes. 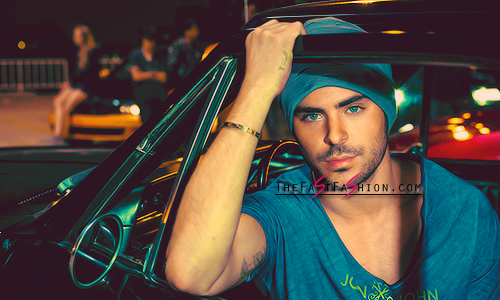 If your eye color changes suddenly or if you notice your pupils remain dilated for no apparent reason for an extended period of time, contact your physician immediately. Your eyes are not something you want to play with.

What does your eye color say about you video

Blue eyes are fairly rare and therefore desired by many. Because of this, it makes sense that a number of myths exist about people with blue eyes. What follows are a few of the big ones. Keep in mind there are many more than the ones listed here!

This poll is designed to find out what you think about eye color. It is not scientific in nature and therefore should be used for entertainment purposes only. Still, the results may give you a clue about what others think about eye color – including the color of your eyes!

Did blue eyes come from aliens?

The color of your eyes is unique. No two people will ever have the same exact eye color, unless they are identical twins. When we examine the origins of eye color, we can see their evolution changed over the course of time.

It has been suggested that adaptations in eye color occurred as a result of a changing environment. Some people believe that individuals with blue eyes are the result of an alien species depositing their genetic material into the human genome.

But if you look at other species on our planet, you will see eye colors come in rainbow, including yellows, reds and oranges. Did these differing ocular colors come from aliens as well?

We are still learning a great deal about eye color with new research happening every day. There have also been advancements changing eye color of the iris through medical procedures.

Previous Green Eyes Are Unusual in Most People!
Next Everything You Ever Wanted To Know About Hazel Eyes 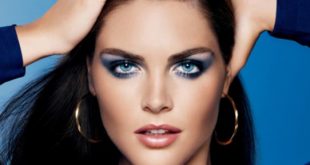 Blue Eyes: Some Makeup Tips You Need To Know 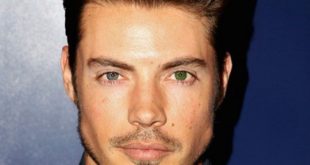 All About Blue Green Eyes You Will Love This Unusual Color 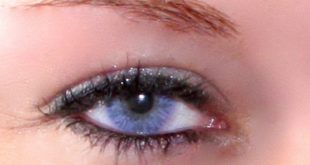 Some Eyeshadow Tips For Blue Eyes 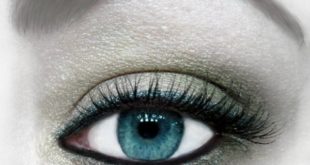 Best Makeup Tips For Blue Eyes You Need To Know 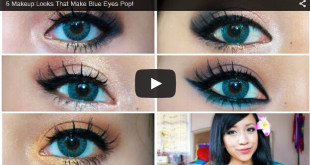