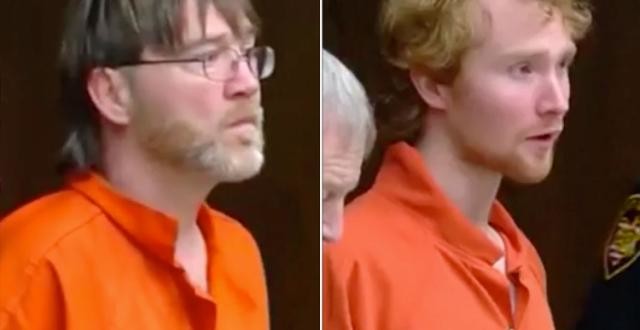 An Ohio father and son accused of imprisoning and raping a 13-year-old relative in the basement of their North Toledo home for more than two years are representing themselves at trial, PEOPLE confirms.

Timothy Ciboro, 53, and Esten Ciboro, 28, are charged with kidnapping, rape and endangering a child in their care, according to court documents obtained by PEOPLE. Both have pleaded not guilty on all charges.

Last Friday, the court granted the pair’s request to bring a Bible into the courtroom as reference for their defense, the Toledo Blade reports.

Esten Ciboro told the court his Bible is “the only law book that truly matters” and that “there’s a great deal of strategy in Scripture” that he uses in every facet of his life, according to the paper.

Timothy and Esten were arrested in May after a 13-year-old girl allegedly escaped from the home in which she claimed to have been imprisoned on and off for more than two years, WTOL reports. The girl said she escaped when the two men went for a run, according to the station.

She alleged she had been shackled by her ankles to a support beam. She alleged she was fed spoiled food and was forced to use a bucket full of ammonia to go to the bathroom, the station reports.

According to the station, the girl told authorities she lived with the two suspects and two other minors. All three have been taken into foster care, the station reports.

Timothy Ciboro faces additional rape charges involving another girl, according to the court documents. It is not clear whether the second alleged victim lived in the house with the Ciboros.

The two alleged victims, who have not been identified, are scheduled to appear in court as witnesses, according to reports. They will be accompanied by a local comfort dog, reports WTOL.

“They have to go on the stand and tell their story, so these are the bravest children we have in our community to withstand all this pressure,” assistant prosecutor Jen Reed told the station.