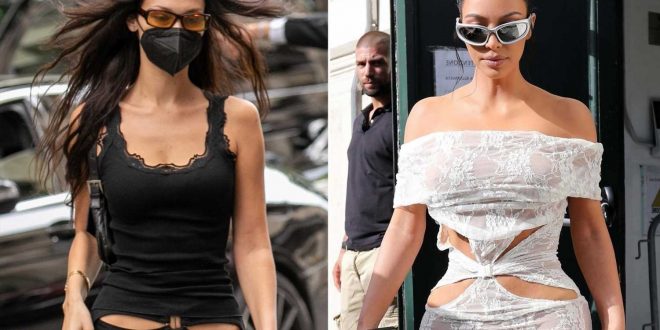 Kim Kardashian boldly tested the limits of the Vatican’s dress code earlier this week, showing up for a tour of the sacred site in a sheer, off-the-shoulder white lace Barragán dress ($439) with curiously placed cutouts atop her pelvis.

And the Skims founder isn’t the only star who’s been showing off slivers of hip recently.

The day before Kardashian’s scantily clad visit to the home of the pope, Bella Hadid stepped out in Paris wearing some truly puzzling I.Am.Gia pants ($80), whose duo of teardrop-shaped cutouts were bound together beneath her belly button with a silver O-ring. 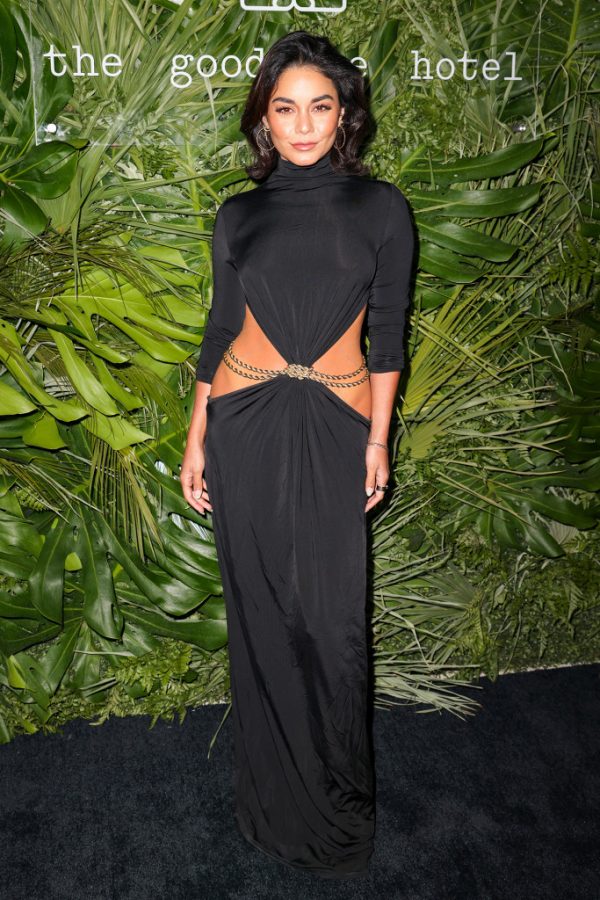 Other celebs playing peekaboo with their pelvises include Vanessa Hudgens — whose Cult Gaia dress ($630) at an April hotel opening was more like a crop top-and-skirt combo tethered by chains —  as well as Dua Lipa and Alessandra Ambrosio, both of whom have modeled the same multi-cutout gown by Monot ($1,430) in recent months. (Lipa even teamed hers with an exposed thong for added impact.) 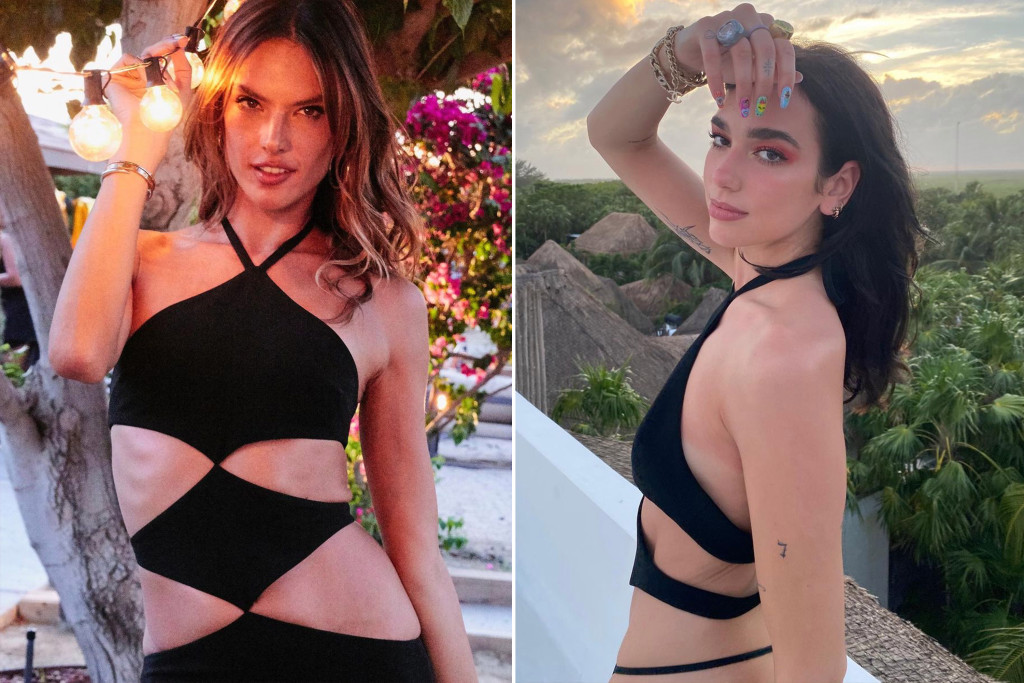 Kendall Jenner, meanwhile, showed off a haute take on the hot trend in Versace’s Spring 2021 campaign, posing in an embellished bustier and slinky asymmetrical cutout midi skirt ($795) that dangled precariously from her pelvic bones. 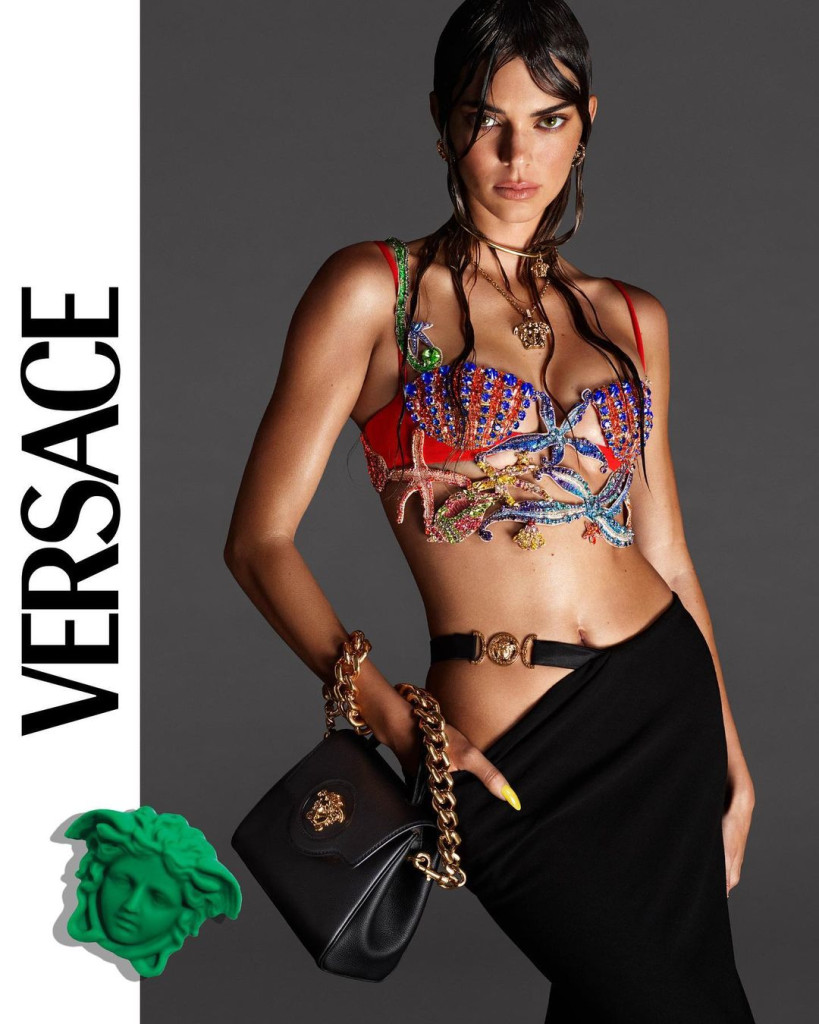 Of course, no skin-baring trend would be complete with Rihanna weighing in — and that she did in May, dining at Nobu in a white knit bra and matching Maximilian miniskirt ($820) with sexy slashes. 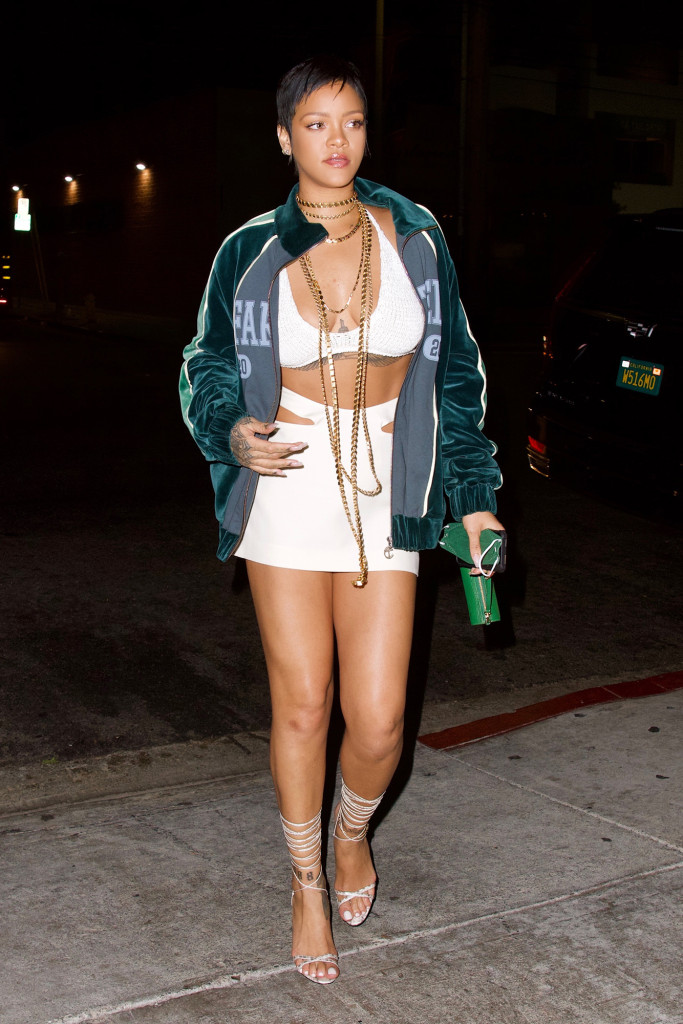 After a year spent sequestered at home in sweatpants, the celebrity set is baring all in a big way. From the single-buttoned tops recently sported by Kim Kardashian and Kendall Jenner to the bursting-at-the-seams styles endorsed by Lipa and Kylie Jenner, skin’s never been more in.

And with the long-threatened return of low-rise jeans seemingly upon us at last — at least according to Irina Shayk, who flashed her hips in a corset and baggy denim earlier this month — this particular trend seems a natural next step.

But ovary cutouts? We’re already over it.