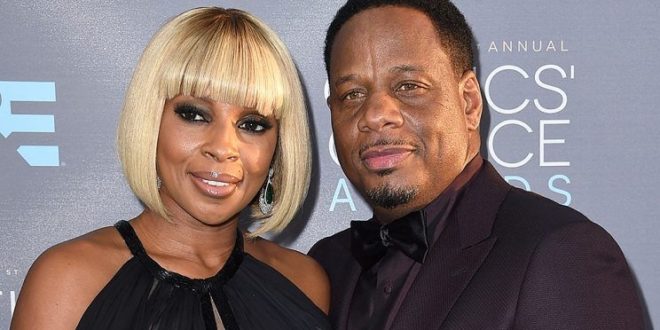 Mary J. Blige may not want any drama in her life, but that’s exactly what she’s been getting during her divorce. The “No More Drama” singer has been ordered to pay ex-husband and ex-manager Martin “Kendu” Isaacs $30,000 a month in temporary spousal support.

While the two have no biological children together, the significant chunk of change is to accommodate the “style of living” Isaacs was accustomed to while he was married to Blige. E! News obtained the documents, which also state the singer must pay him retroactively dating back to September, as well as account for his attorney fees for a total of $235,000.

Mary J. Blige filed for divorce from Isaacs in July 2016 after 13 years of marriage. She argued their prenuptial agreement negated spousal support, while Isaacs was originally seeking $129,319 per month.

“My success as an entertainer has nothing to do with [Isaacs]. I was successful when I met him and have continued to enjoy success, although there have certainly been ups and downs,” Blige claimed, per E!.

The Grammy-winning singer also explained that she was in debt as she made no money from the European leg of her recent tour.

“[Isaacs] suggests we lived a lavish lifestyle and in fact, we overspent and we are in significant debt,” she stated in the court docs. “We owe millions of dollars in taxes and have significant advances that have to be recouped by record companies.”

Blige, 46, also alleged that Isaacs had been misappropriating money — about $420,000 to be exact — for two years when they were together. This purportedly involved “travel charges” for his girlfriend.

The singer confirmed the split last year, saying, “Sometimes things don’t work how we hoped they would.” She quickly deleted images of her husband from social media.

A source told Us Weekly Blige filed for divorce because her celebrity status went to Isaacs’s head.

“Kendu got used to the good life with her and thought he was a star too,” an insider alleged.

Said another source: “They had huge fights behind closed doors over the years. … She just had enough.”

“No one wants to go through this, and this is hard,” Blige told Robin Roberts in November. “The breaking point was when I kept asking over and over and over again for respect and to be respected. And it just seemed like I was beating a dead horse. … It seemed like I was talking to a wall. I just wasn’t getting it back, so if I can’t get respect in the relationship, then I have to move on and save myself.”

Blige also stressed that it’s important for any woman going through a divorce to keep control of their finances.

Previous Fired TV reporter: I’ve received a ton of sexual and violent threats
Next Jerry Seinfeld Explains Why He Refused to Hug Kesha: ‘You Don’t Hug a Total Stranger’