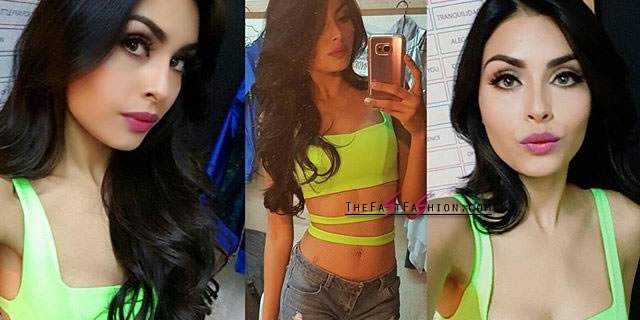 Kristal Silva will represent Mexico at the Miss Universe 2016 pageant on Monday, January 30. To make it this far, the 25-year-old from Ciudad Victoria, Tamaulipas, Mexico had to win both her state and country contests. She was crowned Nuestra Belleza Tamaulipas 2015 and Nuestra Belleza Mexico 2016 in order for her to compete at the 65th edition of the Miss Universe pageant.

Mexico has had their fair share of success at Miss Universe pageants over the years, as they have previously brought home the crown in 1991 and 2010. I’m not a beauty pageant handicapping expert, but it seems that Kristal has a damn good shot at becoming Mexico’s third Miss Universe winner. Not including betting the field (+150), Kristal’s +700 betting odds make her the second biggest favorite on Sportsbook.

If Kristal won the Miss Universe pageant, she would help build homes for the needy. A heart of gold and stunning looks is going to be a tough combo to beat. Enjoy Kristal’s hottest photos in the gallery below.