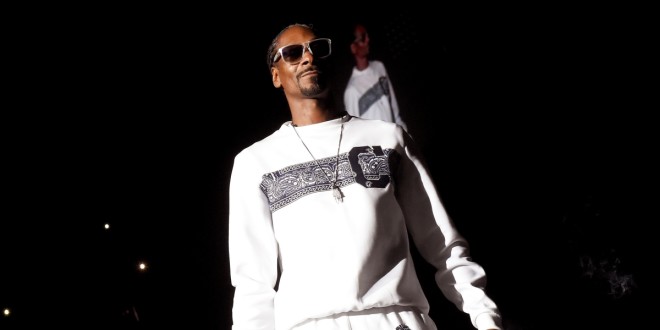 LONG BEACH, CA – Footage of the fight at Ricky Harris’ funeral has been shared via TMZ after Sherri Shepherd reported the brawl that involved Snoop Dogg’s bodyguard.

The celebrity news site says that the fight was instigated by Harris’ cousin (not his nephew, as Anthony “Scruncho” McKinley told Shepherd earlier) who approached Snoop Dogg and called him a “bitch-ass nigga.”

Daz Dillinger and another man reportedly stepped in for the Doggfather and Snoop’s bodyguard eventually tossed the cousin out of the Long Beach church where the service was being held.

Snoop did not publicly comment on the fight, but posted on Instagram afterward that the service honoring Harris was “beautiful.”

Reports have emerged that Snoop Dogg‘s bodyguard tackled and fought a relative of the late comedian Ricky Harris at his funeral on Tuesday.

Comedian and actress Sherri Shepherd reported the incident first-hand on her own Periscope account, crying as she shared her story of what had happened: “‘It’s so disrespectful to Ricky’s memory! I can’t believe they’re fighting at a funeral! It’s so disrespectful!”

According to Shepherd, the fracas arose when the relative — who has not been publicly named — approached the veteran rapper unannounced.

“We were about to go see the body and somebody came in the funeral home and went towards Snoop and Snoop’s bodyguard tackled him,” she says. “And then it was just a big fight. And it was so disrespectful to Ricky Harris. I cannot believe this! This is ridiculous!”

A fight at a funeral https://t.co/EPOHTKoP3Y

In a follow-up video, Shepherd spoke to attendee and fellow comedian Anthony “Scruncho” McKinley who clarified that the funeral party had moved on from the drama.

Shepherd herself also cleared it up, saying, “I was a little hysterical before but Scruncho calmed me down.”

Snoop Dogg, who was friends with Harris — having co-starred with him in Murder Was The Case and Bones — hasn’t commented about the incident, though it seems like those attending the funeral are ready to leave it in the past.

Snoop did, however, post a moving tribute to his friend to Instagram, saying “Beautiful service today. The devil is a motherfucking lie, yeah he is. We had a great time, great service. Rick, your spirit lives on… Ricky Harris, rest in paradise.”