Breaking News
Home / News / End of an era: Toys R Us to sell or close all U.S. stores 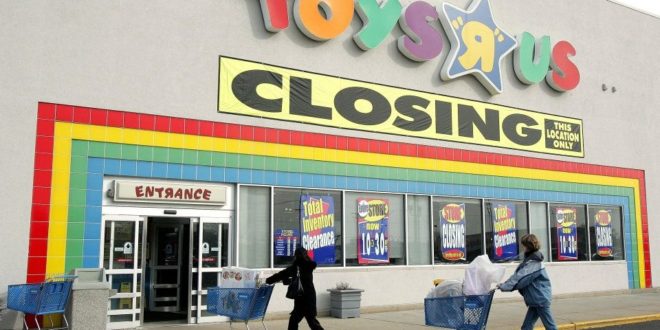 End of an era: Toys R Us to sell or close all U.S. stores

Bankrupt Toys ‘R’ Us Inc is preparing to sell or close all 885 stores in its U.S. chain, risking up to 33,000 jobs, after failing to reach a deal to restructure billions of dollars in debt, a person familiar with the matter said on Wednesday.

In Britain, its 75 remaining shops will close within six weeks, joint administrators for the retailer said earlier on Wednesday after they were unable to find a buyer for all or part of the business, resulting in the loss of about 3,000 jobs.

Creditors decided they can get more from liquidating assets of the toy seller, the largest in the United States and one of the best known in the world, rather than finding a way to keep the business alive, the person said on condition of anonymity to discuss the private negotiations.

RELATED:  Back from the dead: Toys ‘R’ Us set to stage an Australian comeback

The planned closure in coming months is a blow to generations of consumers and hundreds of toy makers that sold products at the chain, including Barbie maker Mattel Inc (MAT.O), board game company Hasbro Inc (HAS.O) and other large vendors such as Lego.

The Wall Street Journal earlier on Wednesday reported that Toys ‘R’ Us Chief Executive David Brandon told staff about the likely closures on a conference call.

Toys ‘R’ Us had been closing one-fifth of its stores as part of efforts to emerge from one of the largest ever bankruptcies by a specialty retailer.

Those efforts collapsed this month after lenders decided, absent a clear reorganization plan, they could recover more by closing stores and raising money from merchandise sales, sources with knowledge of the matter said.

The retailer is likely to liquidate in France, Spain, Poland and Australia, Brandon said, according to the Wall Street Journal. He added that Toys ‘R’ Us also planned to sell operations in Canada, Central Europe and Asia.

Toys ‘R’ Us is trying to package its Canadian business with 200 U.S. stores and find a buyer, the CEO said, according to the Journal. 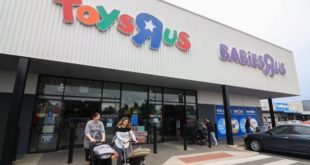 Back from the dead: Toys ‘R’ Us set to stage an Australian comeback