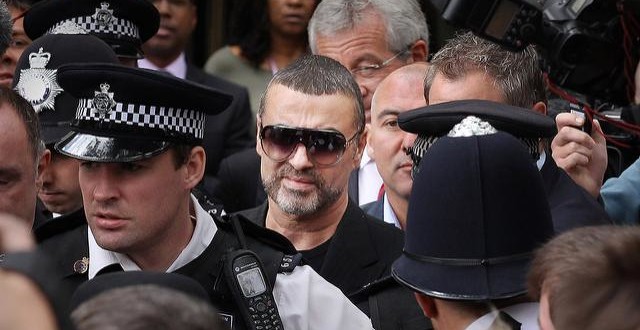 Selling more than 80 million records worldwide with a career that spanned nearly four decades, George Michael was one of the most successful musical artists in his lifetime. But while he consistently set records with his music and lit up the stage in sold-out tours, the star — who died on Christmas Day at the age of 53 — lived a complicated and often difficult life.

Here’s a look at the heartbreaking moments throughout Michael’s life — which often inspired his musical hits — and the health issues he grappled with in the last several years.

Michael battled depression after losing both his mother, Lesley Angold, and his lover, Anselmo Feleppa, within a few years of each other. Feleppa died from an AIDS-related illness. “I struggled with huge depression after my mother died,” he told The Independent. “Losing your mother and your lover in the space of three years is a tough one.”

In a 2005 interview with The Guardian, Michael opened up about the “12 years of depression and fear and lots of other s—” that followed his devastating losses. Said the star: “In terms of coming close to saying I don’t want to live, that would have been after my mum died. I had this overwhelming feeling that the best was behind me. I so loved my mum, and respected her. I swear to God, it was like I had a curse on me. I couldn’t believe how much God was piling on at once. There was so much death around me, I can’t tell you.”

1998: Michael Is Arrested in Beverly Hills for Lewd Behavior

Michael — who ended a 13-year relationship with longtime partner Kenny Goss in 2011 — hadn’t planned to reveal his sexuality the way he did. In 1998, he was arrested for “lewd behavior” in a Beverly Hills park, and he later said he felt forced to reveal to CNN he was gay.

“For some strange reason, my gay life didn’t get easier when I came out. Quite the opposite happened, really,” he told the BBC in 2014. “The press seemed to take some delight that I previously had a ‘straight audience,’ and set about trying to destroy that. And I think some men were frustrated that their girlfriends wouldn’t let go of the idea that George Michael just hadn’t found the ‘right girl’ . Which is still what a lot of my extended family still think!”

In 2007, Michael told The Independent hiding his sexuality from the public took a deep psychological toll on him, but he did so to protect his mother. “I was too immature to know I was sacrificing as much as I was,” he said. “So firstly, understand how much I love my family and that AIDS was the predominant feature of being gay in the 1980s and early ’90s as far as any parent was concerned. My mother was still alive and every single day would have been a nightmare for her thinking what I might have been subjected to.”

In Oct. 2006, the singer was arrested on a drug-related charge and given a warning by London police for possession of cannabis. Earlier that year, he had been arrested on suspicion of possessing drugs after being found slumped over the wheel of his car. Just two months after that incident, he damaged three neighbors’ cars and his own Range Rover in April. In July 2010, Michael was returning from a Gay Pride parade when he was arrested on suspicion of being unfit to drive after driving into a storefront; he was later charged with possession of cannabis and driving while unfit through drink or drugs.

After pleading guilty, Michael was sentenced to eight weeks in prison, a fine and a five-year ban from driving. Released from jail after four months, “I realized it had to be something to do with me,” he said in an interview about his drug problems. “It shook me out of my denial. After that crash happened, I started drug counseling and was two weeks in detox, none of which I made public. It feels so completely behind me now. It really does.”

In Oct. 2011, Michael was forced to cancel a performance after falling ill. He was admitted into a Vienna hospital and battled pneumonia in an intensive care unit. After being released, Michael gave a speech outside his house and revealed he had undergone a tracheotomy.

In 2013, he suffered a head injury after falling from his moving car in Hertfordshire. He was airlifted to a hospital (where he spent two weeks in inpatient care) and was later photographed with a huge scar on the back of his head.

On Sunday, Michael’s rep confirmed the star had died on Christmas Day. “It is with great sadness that we can confirm our beloved son, brother and friend George passed away peacefully at home over the Christmas period,” Michael’s publicist confirmed to Entertainment Weekly and PEOPLE. “The family would ask that their privacy be respected at this difficult and emotional time. There will be no further comment at this stage.”

Previous ‘Private Show’: Gwen Stefani and Her Sons Celebrate Christmas Eve with Blake Shelton
Next Whatever You Do, Stop Using This Word. It’s Annoying. 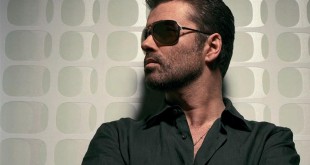 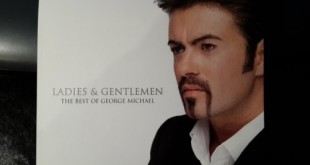