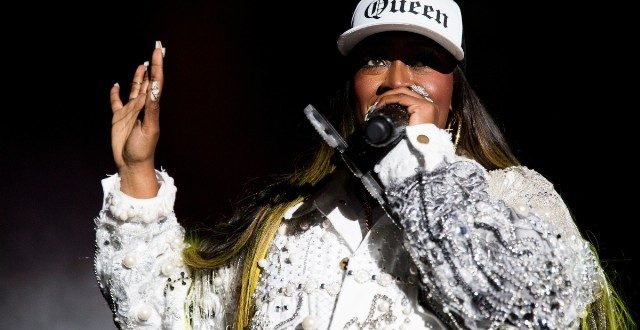 The 46-year-old rapper marked her first U.S. show in nearly a decade, with a rousing headlining set at the 2017 FYF Festival in Los Angeles on Friday (July 21)

For fans who have been waiting years to see Misdemeanor’s return to the stage, FYF Fest was everything, and then some.

Despite technical difficulties early on (her inner-ear monitors weren’t working), and Elliott feeling under the weather, she powered through a seamless playlist of fan favorites including, “The Rain (Supa Dupa Fly), “She’s A Bitch,” “Hot Boyz,” “One Minute Man,” “Lose Control,” and “Work It”

The show — which coincided with the 20-year anniversary of her Supa Dupa Fly debut — even earned a “Mama I made it!” moment courtesy of Beyonce, who watched from backstage, along with Solange, and Janet Jackson (Katy Perry, and Tyler the Creator were also in the audience).

Thank u to my good sis @solangeknowles u know how we do! #cancerseason!& my good sis 👑@Beyonce they always have shown me ❤️& I am humbled🙏🏾 pic.twitter.com/kkrLahHkwj

Elliott hasn’t announced any other tour dates, but FYF Fest could hopefully be the first of more shows to come.

Hit the gallery for photos from the performance.