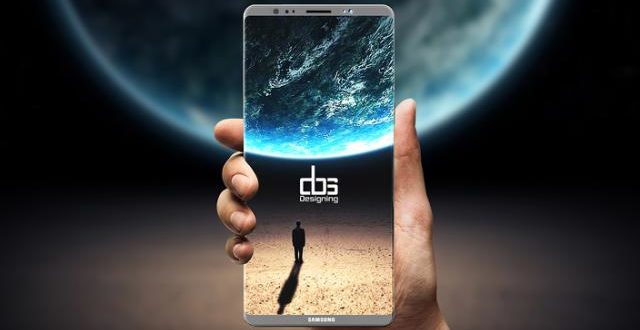 There’s precious little doubt that Samsung’s Galaxy S8 and Galaxy S8+ wear the crown when it comes to smartphone design. While Apple chose to go with the same smartphone design for a third consecutive year in 2017, Samsung was hard at work on a bold new redesign featuring a stunning Infinity Display that takes up an impressive 83% of the Galaxy S8’s front side. The S8’s curved edges fit perfectly in hands of all sizes, and the premium metal and glass construction seal the deal.

If you recently purchased a Galaxy S8 or Galaxy S8+, rest assured that you own the sleekest and most stunning smartphone on the planet… for now.

A leaked photo posted just yesterday seemingly gave us a rare glimpse at Samsung’s unreleased Galaxy Note 8, which is rumored to be in development and slated for launch sometime in August. The photo showed what appear to be several key design improvements over the Galaxy S8 and S8+. Most notably, the terribly positioned rear fingerprint scanner is gone completely, suggesting that the Galaxy Note 8 might have an in-display sensor after all.

Yesterday’s leak only covered the back of the phone though, so we were unable to determine if earlier rumors suggesting the Note 8 would have an even more impressive screen-to-body ratio than the Galaxy S8 were accurate.

The bad news is that a new leaked photo posted on Weibo and reposted a gadget forum called Priceraja.com doesn’t answer that question. But the good news is that the photo does seemingly show at least part of the Galaxy Note 8’s face, and it indeed appears as though the phone might have even narrower bezels than the S8 and S8+. Considering the Note 8’s display is rumored to be slightly larger than the screen on the Galaxy S8+, the phone could in fact best Samsung’s earlier flagship phone in terms of screen-to-body ratio.

The leaked photo can be seen below. 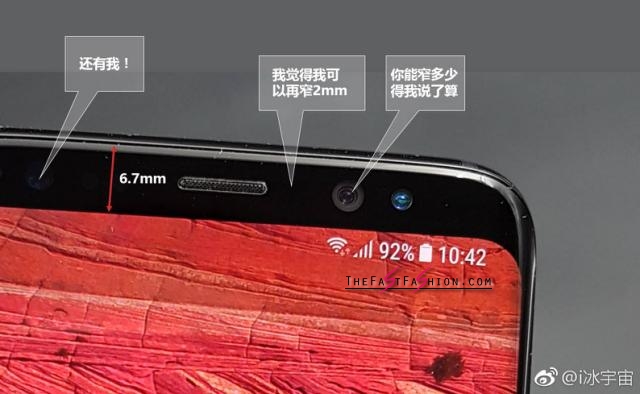 Alongside the photo, the user who posted it reiterated some earlier rumored specs. Included among them are a 64-inch display, a Snapdragon 835 processor, a dual-lens 12-megapixel camera, and pricing in line with the Galaxy S8+. None of these details have been confirmed at this point.

Previous Chrissy Teigen Talks About Her Sex Life with John, Expanding Her Family and More in New TMI Interview
Next Ariana Grande to Receive Honorary Citizenship of Manchester