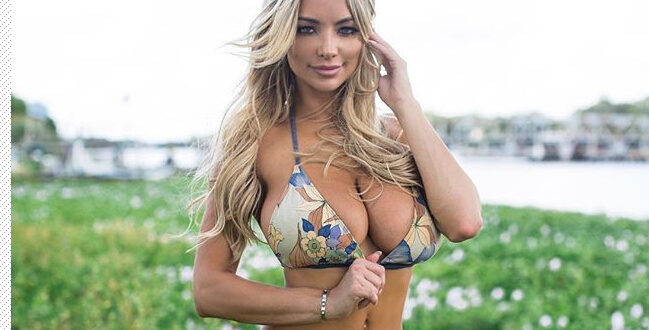 This year, Mardi Gras won’t begin until Tuesday, February 28, but Lindsey Pelas is more than ready to kick off the celebration. They say that success is when preparation meets opportunity, and it’s safe to say that Lindsey is very well-prepared for the holiday. Check out the Baton Rouge, Louisiana native putting on for her home state in the photo below.

Damn those strategically placed beads straight to hell. I’ve unfortunately never been to Mardi Gras, but isn’t the whole point trading beads for an unobstructed boob flash? Seems like this crafty son of a gun has found a devastating loophole in this universally accepted bartering system.

But even with my trusty TI-83 graphing calculator, I don’t think I’d be able to count the amount of beads that Lindsey would receive at Mardi Gras. We’re talking about enough beads to fill the Grand Canyon, or at the bare minimum, an Olympic-size swimming pool.