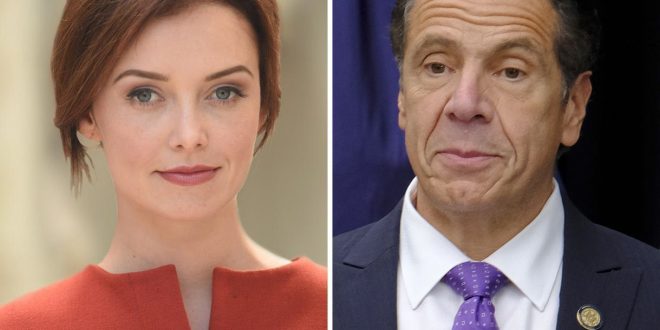 In a virtual briefing from Albany Monday, the governor said he believes “a woman has the right to come forward and express her opinion,” but that the allegation from ex-aide Lindsey Boylan was inaccurate.

“I heard about the tweet, and what it said about comments that I had made, and it’s just not true,” Cuomo said. “The tweets were simply not true.”

Boylan, a candidate for Manhattan borough president, did not immediately return a request for comment.

Boylan worked for Cuomo for about four years, rising to become deputy secretary of economic development before leaving in 2018. She came forward via Twitter Sunday with claims that the governor “sexually harassed me for years.”

“Many saw it, and watched,” she wrote. “I could never anticipate what to expect: Would I be grilled on my work (which was very good) or harassed about my looks. Or would it be both in the same conversation? This was the way for years.”

Boylan, 36, further alleged that “no one would do a damn thing even when they saw it.

Boylan’s accusation comes amid buzz that President-elect Joe Biden is considering Cuomo as his pick for attorney general.

“It’s flattering to be considered for attorney general, it’s a great position,” Cuomo said. “But my job as a New York governor is nowhere near over. I’m flattered to be considered, but that hasn’t changed my thinking.”