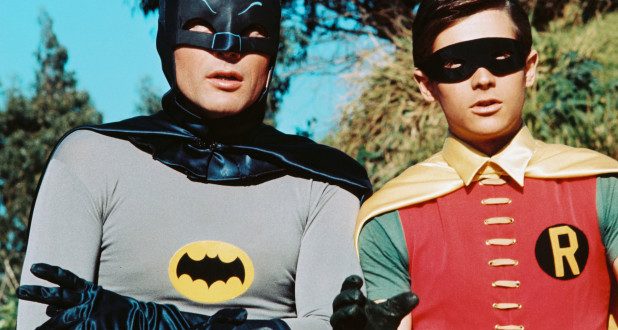 1960s Batman and Robin costumes could be yours — on one condition

A pair of Batman and Robin outfits from the iconic 1960s TV series will be the showpiece items at a blockbuster auction this month — where they’re expected to fetch up to $200,000.

The costumes are billed as the only remaining outfits actually worn by actors Adam West and Burt Ward on the popular show and are among 200 memorabilia items from the pop culture treasure trove of American collector John Azarian. 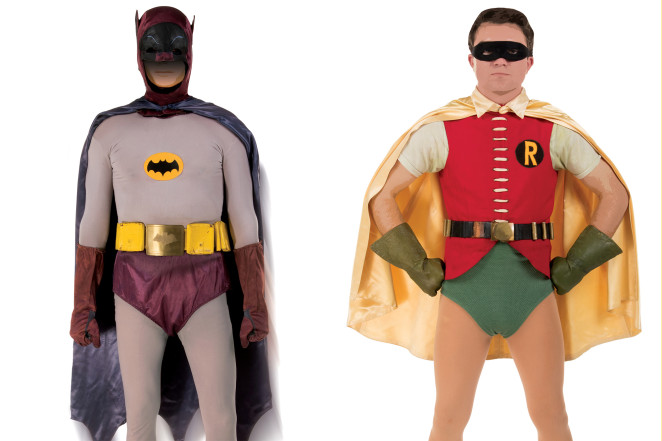 Azarian has one condition for the dynamic duo’s outfits — they stay together.

“I wouldn’t want to break up the pair,” he said. “They are the only complete and original pair in the world. There are other costumes but they are missing pieces or there are replica pieces. Mine are 100 percent authentic.”

The Profiles in History auction, scheduled for Dec. 17, will feature other items Azarian has collected over the past 30 years, including a working Batmobile Batphone expected to fetch about $50,000 and the Shakespeare bust that hid the switch to open the Batcave on the TV show, which could bring in as much as $60,000 at the auction.

But it’s not just about the caped crusader.

Azarian will also auction off the pink harem outfit worn by Barbara Eden on the “I Dream of Jeannie” TV series and Lynda Carter’s “Wonder Woman” costume from that 1970s show.

For Trekkies, the auction lots also include tunics worn by Leonard Nimoy and William Shatner — Mr. Spock and Captain James T. Kirk to the faithful — on the original series of “Star Trek.”

“I’m a child of the sixties,” Azarian said. “These are the shows that I grew up with, that I loved as a kid. I didn’t collect for investment purposes.”

“I just feel it’s time for me to move on and let somebody else enjoy them as much as I have for the last 30 years,” he said.

But he’ll have plenty left — the auctioned items are only about 25 percent of his collection of 1,500 items of memorabilia.th Post wires