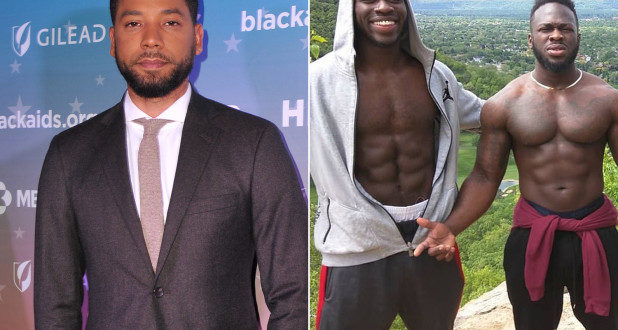 Jussie Smollett allegedly promised to pay his two pals $4,000 to stage his racist and homophobic assault — which the trio even rehearsed beforehand, according to a new report.

The embattled “Empire” star paid $3,500 to bodybuilding brothers Abimbola and Olabinjo Osundairo before they left for Nigeria the day of the Jan. 29 attack, and promised another $500 upon their return to the US, sources told CBS Chicago.

“We can confirm that the information received from the individuals questioned by police earlier in the Empire case has in fact shifted the trajectory of the investigation,” said Guglielmi, who did not elaborate further.

The brothers told cops that the alleged attack in Chicago was supposed to happen before Jan. 29 and that they practiced it in the days before it happened.

Smollett, 36, also allegedly paid for the rope, which was purchased from the Crafty Beaver Hardware Store in the Ravenswood neighborhood the weekend of Jan. 25.

Sources said one of the brothers held the rope and poured bleach on Smollett during the 2 a.m. attack, while the other donned a red hat and shouted racist and homophobic slurs at him.

The red hat was bought at an Uptown beauty supply store.

Smollett has claimed his two attackers called him a “f—-t,” “n—-r” and yelled “This is MAGA country!” before throwing a noose around his neck and dousing him in an unknown “chemical substance.”

The Osundairo brothers were arrested Wednesday, the same day they returned from Nigeria, and identified as suspects — but then released Friday without charges.

They are cooperating in the investigation and holed up at an undisclosed location.

Cops have said the pair of budding model-actors have a “relationship” with Smollett and worked on his hit TV show on Fox.

Smollett’s attorneys Todd Pugh and Victor Henderson released a statement late Saturday, saying the actor is “angered and devastated” by claims he staged the attack, according to ABC Chicago.

“He has now been further victimized by claims attributed to these alleged perpetrators that Jussie played a role in his own attack. Nothing is further from the truth and anyone claiming otherwise is lying,” the statement said. “One of these purported suspects was Jussie’s personal trainer who he hired to ready him physically for a music video. It is impossible to believe that this person could have played a role in the crime against Jussie or would falsely claim Jussie’s complicity.”

Meanwhile, Donald Trump Jr. took to Twitter to weigh in on the Smollett controversy.

“It appears that Jussie Smollett tried to manufacture a hate crime to make Trump supporters look bad and most of the media not only uncritically accepted his lies as facts for weeks, but attacked those who questioned the validity of his false story,” Trump Jr. wrote.

Smollett claimed the beatdown was provoked by his public comments against Trump.

Previous Yurina Yanagi: 30 Hottest Photos On The Internet
Next 11-year-old arrested after refusing to stand for Pledge of Allegiance 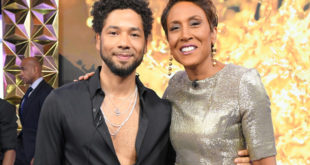 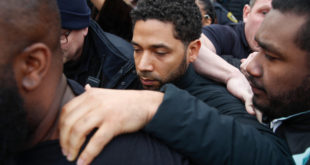