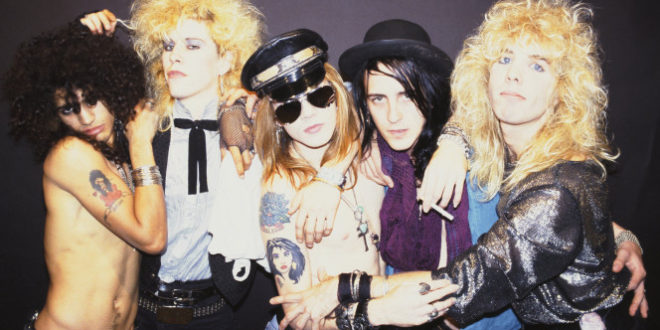 While Guns N’ Roses vocalist Axl Rose came to fame singing about the seedy side of LA life, welcoming fans to the Hollywood jungle, he was raised with far tighter standards for what constituted appropriate music. At around age 10, he was punched in the mouth by his fire-and-brimstone preacher stepfather for singing along to Barry Manilow, because the preacher believed the song “Mandy” was “evil.”

In “Last of the Giants: The True Story of Guns N’ Roses” (Lesser Gods), author Mick Wall shows how the childhoods of the band members led to their eventual rock-god status.

Wall reveals that Rose, then named William Bailey, was already “a small-town cop’s nightmare” by the time he turned 18, racking up 20 arrests in his hometown of Lafayette, Ind. He was, he has claimed, guilty in five of those.

“Tippecanoe County Court records state that he spent a total of 10 days in the county jail as an adult over a period from July 1980 through September 1982, on charges of battery, contributing to the delinquency of a minor, public intoxication, criminal trespass and mischief,” Wall writes. When Rose hitchhiked to Los Angeles for the first time, he was “technically skipping judge’s bail.”

Reading about his background, it’s not hard to see what might have driven Rose to such rambunctiousness.

He was born William Bruce Rose on Feb. 6, 1962, to Sharon Lintner, a 17-year-old high schooler, and a “Lafayette bad boy” named William Rose. Years later, after attending regression therapy, the junior Rose would say, “I didn’t like the way he treated me before I was born, so when I came out, I was just wishing that motherf- -ker was dead.”

Rose claimed his father sexually abused him. (Wall writes that there also might have been an abduction.) “I remember a needle. I remember getting a shot. And I remember being sexually abused by this man and watching something horrible happen to my mother when she came to get me,” Rose said, describing memories that had surfaced through therapy.

The senior Rose was out of the picture by the time his son was 2, and a year later, Lintner married Stephen Bailey, the preacher. Rose grew up believing Bailey was his natural father and used his last name. 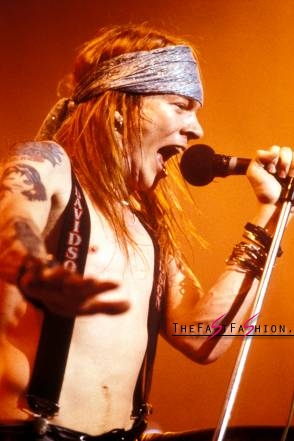 The family attended church at least three times a week. The Rev. Bailey “ruled his family with God-fearing rhetoric and an iron hand,” Wall writes, noting: “William was struck in the face for watching a woman in a bikini in a TV advertisement. The television itself was thrown out soon afterwards.”

Rose came to know the Bible so well that he was invited to give sermons at his stepfather’s church.

“Learning to speak in front of a crowd and later to play piano and sing,” Wall writes, “Bill somehow found an identity.” While he never had his stepfather’s support — the preacher once “knocked him from the piano stool when he played Led Zeppelin’s ‘D’yer Mak’er’ ” — the young Rose was on his way to escaping from the man’s shadow.

Jeff Isbell was a teenage drummer still in the ninth grade when he first saw Rose. Isbell was standing in a school corridor when, he would later recall, “I heard all these books hit the ground, yelling, and then he went running past. A bunch of f- -king teachers chasing him down the hallway.”

As it turned out, Isbell had to coax his friend to take a turn behind the mic.

“It didn’t go so well in the early days,” said Isbell, who moved to LA in 1981, changed his name to Izzy Stradlin and traded drums for the guitar. Rose would follow Isbell to LA a year later. “Sometimes he would just come over and stand around, like he was embarrassed. Or he’d start to sing, and then he’d just leave. Walk out and I wouldn’t see him again for, like, three days! Some things don’t change, huh?”

The upbringing of the band’s other star guitarist, meanwhile, couldn’t have been more different.

Born in England, Saul Hudson moved with his family to Laurel Canyon in Los Angeles when he was 4. The son of an artist and a clothing designer, Hudson was branded “Slash” by actor and family friend Seymour Cassel, a regular in John Cassavetes’ films. Cassel gave him the name, Slash later said, because “I was always running around the place, at lightning speed.”

As a child, Hudson was surrounded by celebrity.

David Geffen, who would make GnR stars when they signed to his label, was one of his baby sitters (and had no idea when he later signed the band that Slash was young Saul). When his father designed an album cover for Joni Mitchell, Mitchell used Hudson’s drawings for a book of her poetry. His mother, meanwhile, was designing clothes for Mitchell, Ringo Starr, Carly Simon and David Bowie, with whom she had a brief but intense affair after splitting with Hudson’s father. As a child, Hudson met the likes of Diana Ross, Bill Cosby, Stevie Wonder and John Lennon.

Whether due to his parents’ split, his exposure to the Hollywood lifestyle or other factors, Hudson engaged in wild behavior at a very young age.

“By the time he was 12, Saul was drinking, smoking, even having sex,” Wall writes. He got deeply into BMX biking and also had a shoplifting phase that ended when he was caught stealing tapes from Tower Records.

“The pair were, according to Saul, ‘instantly inseparable,’ ” Wall writes. “Soon they were snorting ‘locker room’ — a cheap form of amyl nitrate — before class, and then bunking off to smoke dope and wander the streets of Hollywood bulls- -tting one another about music, forming bands and hustling money.” 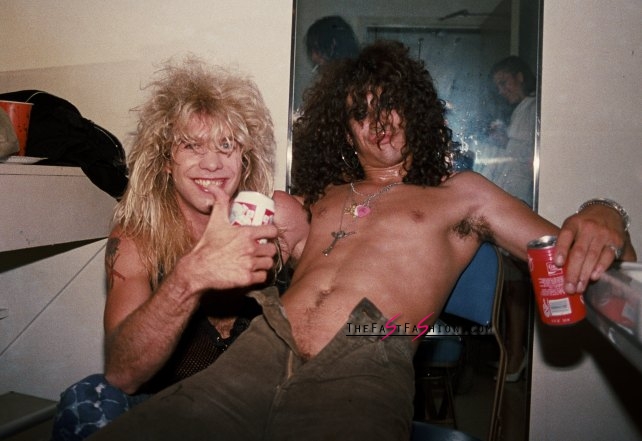 “We’d go out and meet chicks — older women — who would take us back to their Beverly Hills homes,” Adler recalled. “They’d give us booze, coke, they’d feed us, really. All we’d have to do was f- -k them. Occasionally, a guy would pick me up. In return for [oral sex], I’d get a little dope and 30 or 40 bucks.”

As it happened, Adler had a guitar in his house. Slash fell in love with it, and the rest is rock history.

“I gave it to him, and within a week, he was writing songs,” Adler said. “He was just made for the guitar.”

The two pairs of friends were soon connected by a hot-shot young guitarist named Tracii Guns, who would later lead the hit band LA Guns. Guns, the four future GnR members and others played band roulette for several years, performing in bands together, sharing drugs and sleeping with one another’s girlfriends.

Seattle punk musician Michael “Duff” McKagan, a veteran of more than 30 bands by the time he was 20, arrived in Los Angeles in 1984.

When he answered an ad in a local music paper called The Recycler, which asked musicians to call “Slash,” the pieces were in place for one of the greatest bands in rock history.

Previous the world’s largest swinging convention
Next KC-130 Crash: Type of Military Plane in Fatal Crash Has History in War 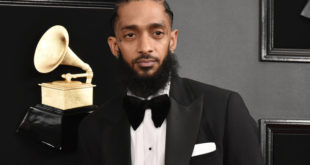