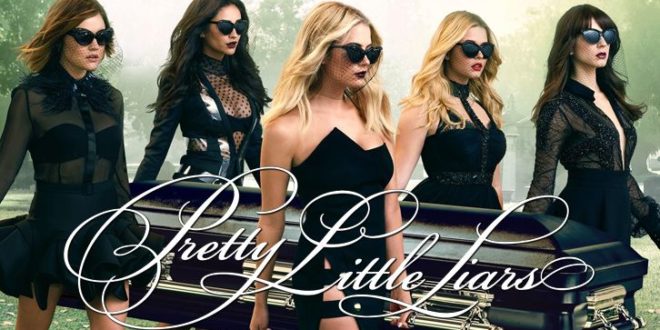 The series finale of Pretty Little Liars was jam-packed with shocking moments. Emison has twins, Aria (Lucy Hale) is unable to conceive, and Alison (Sasha Pieterse) proposes to Emily (Shay Mitchell). However, we finally got the answer to the question we’ve all been asking: Who is A.D.?

A.D. is revealed to be Alex Drake, Spencer’s (Troian Bellisario) evil twin! Alex takes Spencer hostage with the aid of their mother (Mary Drake) and locks her in a glass room in the basement of the house that, ironically, Toby built.

After investing seven years in the series, fans took to Twitter to voice their outrage. Fans were upset that A.D. ended up being a character they knew for less than an hour, rather than an unexpected character who had been in the series all along. Technically, we were introduced to her prior to the finale, because Alex reveals that she has been sneaking around pretending to be the real Spencer for quite some time.

Also on Twitter, fans were wondering whether this really was the #PLLEndGame. It was déjà vu when the show ended with a new group of younger girls waking up in the middle of the night with one of them missing. However, the new queen bee — Addison — is actually a little snot, so fans weren’t too upset about her disappearance, with one person even tweeting: 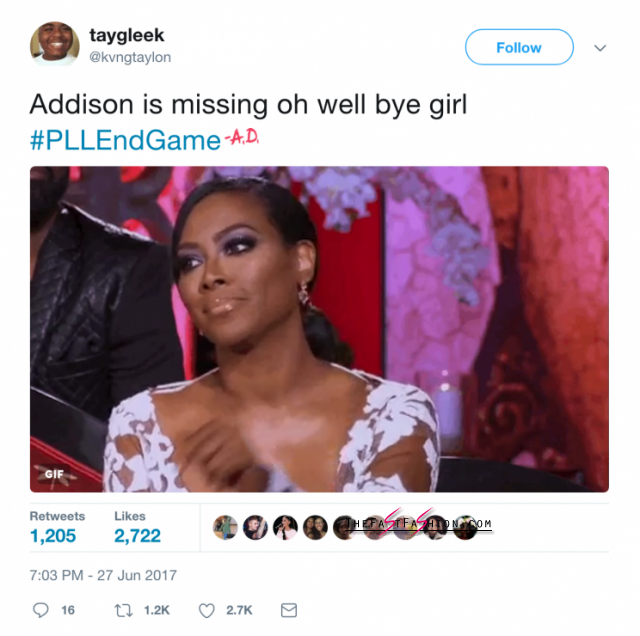 Although whether there is a sense of closure remains a topic of debate among fans, we’re all a little sad to say goodbye to our beloved series and want to take this moment to thank Marlene King — and all the liars — for a truly crazy journey.

In honor of  the 10-year anniversary of The Sopranos finale, check out the top 5 series finales that made us go “WTF?”

Previous Katie Price as a fresh-faced teen in one of her first topless shoots before the plastic surgery that ravaged her body
Next Lily James: 14 Must-See Pictures of ‘Baby Driver’ Actress 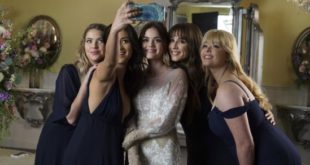 ‘Pretty Little Liars’: What’s Next for the Cast? 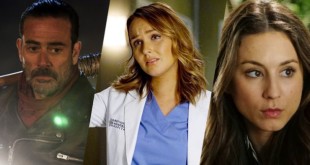