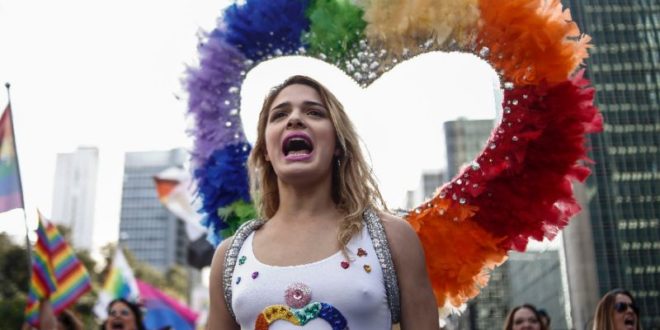 Sao Paulo (AFP) – Millions marched in Sao Paulo on Sunday at one of the world’s biggest Gay Pride parades, spurred by concern that religious conservatives are taking aim at hard-won LGBT rights.

The crowds gathered on Paulista Avenue, an iconic part of the city lined with skyscrapers, which was packed full before the parade officially started.

“Whatever our beliefs, no religion is law. All for a secular state,” was the slogan of the parade’s 21st edition.

Claudia Santos Garcia, director of the march, said: “Our main enemies today are the religious fundamentalists seeking to end the rights we already gained.”

The fight for equality paid off in Brazil in the last decade. Surgeries for sex change operations in public hospitals, child adoption by same-sex couples, civil marriage and maternity leave for parents have been gained.

“We want the Brazilian government to take a position on this issue and guarantee our rights.. to maintain them and not become a commodity for negotiations with fundamentalist groups in politics,” said Taina Brigante, attending the event for the fifth time.

Despite its advances on LGBT rights, mostly Catholic Brazil is also one of the world’s countries worst affected by homophobic violence, with 340 murders in 2016 — one roughly every 25 hours.

But draft laws on gender identity and classification of homophobia as a crime have been awaited for years. And in April, Brazil’s football association was fined because of its supporters’ chanting of homophobic slogans during World Cup qualifying.

Jair Bolsonaro, a rising right-wing member of Brazil’s Congress who is rumored as a possible future candidate for the country’s presidency, is among politicians with hardline anti-LGBT beliefs.

Sunday’s parade, however, still represents a celebration of gay rights. The event is also a major source of income for Sao Paulo.

On Paulista Avenue were some 19 floats carrying people including famous figures such as Daniela Mercury, a singer and one of the first artists to come out as gay in Brazil. 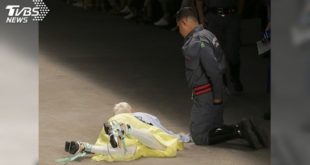