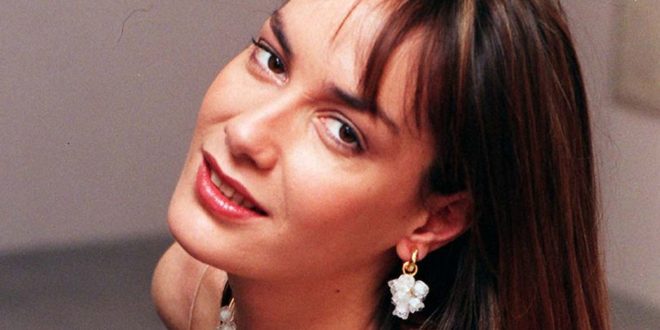 The former It-girl passed away aged 45, months after claiming she had been diagnosed with a growth on her pituitary gland

Tara Palmer-Tomkinson died of a perforated ulcer and never had a brain tumour , her sister has said.

The former It-girl passed away aged 45, months after claiming she had been diagnosed with a growth on her pituitary gland.

But in a statement, sister Santa Montefiore said: “I’ve been so touched by the warm response to Tara ’s death. Thank you from the whole family. But I’d like to clarify a couple of points.

“Today the coroner’s report states that Tara died of natural causes – a perforated ulcer. She did not have a brain tumour.”

The family added in a statement that Tara had passed away peacefully in her sleep at home in Kensington, West London, last Wednesday.

Pals have now said they were aware Tara’s claim that she had a tumour was false when she told them last January.

And they think the socialite, who lived “in her own fantasy world”, could have been making a cry for help with the story.

Tara said in an interview in November that she was diagnosed last January and had treatment.

She added: “My growth was nonmalignant but it affected the production of prolactin [a hormone]. Thankfully, it seems to have gone away for now.”

But a close source said: “Tara often lived in her own fantasy world. She believed she might have been suffering from a brain tumour after feeling fatigued and going for blood tests but the truth is there was never a tumour.

“She could be melodramatic at times and was obviously not in a good place at the start of last year.

“It was possibly an extreme cry for help, as she had been feeling very low. She had a very vivid imagination and often blurred the line between reality and fiction but her friends knew to sometimes take what she said with a pinch of salt.

“Often, with Tara, it was her more unbelievable stories that were completely true.”

Santa told the Mirror it was “correct” that Tara had never had a brain tumour.

In the same November interview, Tara also spoke about suffering from an autoimmune condition. But sources insist there is no doubt she had the disease.

A further statement from Tara’s family said she died because of the perforated ulcer and peritonitis – an inflammation of the inner wall of the abdomen. Ulcers can perforate when untreated and burn through the wall of the stomach.

Tara’s friend Ivan Massow had said the socialite slipped into a “dark place”. But the rest of Tara’s family insisted she had been “happy”.

Santa, 47, said: “Tara’s good friends and family know that she was in high spirits in her last days. She had plans, trips and had written a moving new song.”

Tara’s family added in a joint statement: “We would like to thank the many people who have contacted us about Tara following her untimely death.

“Tara died peacefully in her sleep due to a perforated ulcer and peritonitis.

“Those that knew Tara knew that there was no retreat to a ‘dark place’, as some have ought to suggest. As usual, she had been busy with the friends and family she loved, and who loved her in return.”

In an interview just a fortnight before her death, Tara said she wanted to “make [my] family proud again”. She added: “I’ve put them through a lot.”

She was referring to her cocaine ­addiction, which resulted in her going into rehab in 1999. At its peak, she spent around £400 a day on the Class A drug.

A private funeral for family and close friends will be held on February 27.