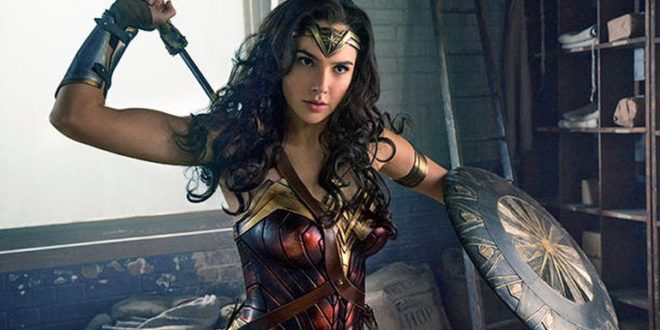 In a defining moment for Hollywood’s gender problem, Patty Jenkins’ Wonder Woman grossed a winning  $100.5 million from 4,165 theaters in its domestic box office debut, the biggest opening of all time for a female director.

And overseas, Wonder Woman also won the weekend with $122.5 million from 55 markets for a global bow of $223 million, including a No. 1 debut in China with $38 million.

The $150 milllion Warner Bros. movie, starring Gal Gadot, also launches the first film franchise featuring a female superhero after both Catwoman and Elektra flopped in the mid-2000’s. Wonder Woman — which has been in development since 1996 — skewed female (52 percent), almost unheard for a superhero title, which usually draws an audience that is 60 percent male.

The previous record-holder for top opening for a female director was Sam Taylor-Johnson’s Fifty Shades of Grey, not adjusting for inflation. That film debuted to $93 million over the four-day Valentine’s Day/Presidents Day weekend in 2015, including a three-day haul of $85 million.

RELATED:  If You're Thinking About Sticking Around For a Wonder Woman Postcredits Scene, Don't

Earning rapturous reviews and an A CinemaScore from audiences, Wonder Woman is a much-needed critical win for Warners and DC Entertainment, whose Man of Steel (2013) and Batman v. Superman: Dawn of Justice (2016) were largely snubbed.

Wonder Woman also restores the luster to the early summer box office after the worst Memorial Day weekend in 18 years.

Jenkins’ movie opens as World War I pilot Steve Trevor (Chris Pine) and his plane crash on Themyscira, the island of the Amazons, where the Princess Diana (Gadot) has been trained by her aunt, the great warrior Antiope (Robin Wright). Soon, Diana leaves the island to try and stop the war, marking the beginning of her transformation into Wonder Woman.

Internationally, Wonder Woman came in ahead of fellow Warners superhero film Man of Steel in many markets, including China. According to Warners, it is also pacing ahead of both Guardians of the Galaxy movies, the first two Iron Man films and the first two Captain America titles, although none of those movies featured a marquee superhero.

Wonder Woman snagged the fourth-best Warners opening in both China and Mexico ($8.4 million). It raked in $8.5 million in South Korea and $8.3 million in Brazil. In Europe, the movie debuted to $7.5 million in the U.K., although it lost in Russia and Italy to Pirates of the Caribbean: Dead Men Tell No Tales. Wonder Woman has yet to open in several major markets, including France and Germany.

The weekend’s other new offering, DreamWorks Animation’s Captain Underpants: The First Epic Movie, placed No. 2 behind Wonder Woman with an estimated $23.5 million from 3,434 theaters after costing a modest $38 million to produce.

Captain Underpants is the final DWA title that Fox will distribute before Universal takes over all marketing and distribution duties for DWA movies. (NBCUniversal bought DWA last year.)

Among holdovers, Disney’s Pirates of the Caribbean: Dead Men Tell No Tales tumbled 66 percent in its second weekend domestically — the biggest drop of any film in the franchise — to $21.6 million for a domestic total of $114.6 million. But overseas, Pirates 5 continues to find plenty of treasure, earning another $73.8 million and jumping the $500 million mark globally. In addition to Russia, it prevailed over Wonder Woman in Spain and in a number of smaller markets.

Dead Men Tell No Tales placed No. 3 domestically, followed by fellow Disney release, Guardians of the Galaxy Vol. 2, with roughly $9.7 million for a global tally of $816.6 million.

Paramount and Skydance’s Baywatch, which bombed in its U.S. debut last weekend, rounded out the top five with $8.5 million for a domestic total of $41.7 million. The R-rated movie fell nearly 55 percent.

Previous Bella Thorne shows off her nipple piercing in a daring sheer top as she parties in LA
Next Jun Amaki: 23 Sexiest Photos 2017 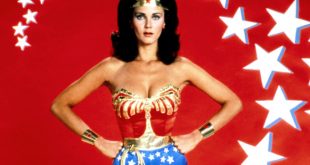 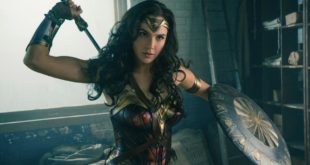 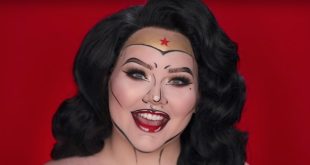 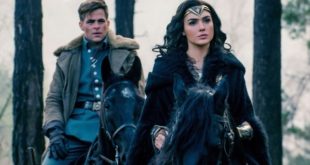 If You’re Thinking About Sticking Around For a Wonder Woman Postcredits Scene, Don’t 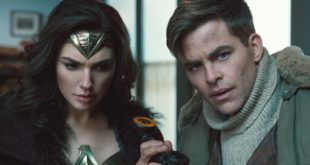 ‘Wonder Woman’ Gets Banned in Lebanon