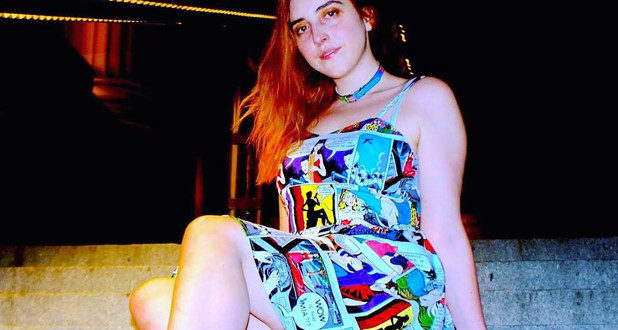 The woman killed crossing a Harlem street has been identified as an aspiring artist — and the drugged-up driver who allegedly slammed into her has been charged, cops said Saturday.

Erica Imbasciani, 26, stepped off a curb near Amsterdam Avenue and West 141 Street around 9:40 p.m. Friday when Tyrik Cooper, 27, hit her with his GMC Denali, police said.

Imbasciani was rushed to Mt. Sinai St. Luke’s Hospital, where she died.

Cooper sped off on Amsterdam Avenue and turned onto Hamilton Place, authorities said.

Then he allegedly struck another car that was stopped at a red light at 138th Street and Hamilton Avenue.

Police responded and took Cooper into custody at the scene of the second crash, authorities said.

He was hit with a slew of charges, including vehicular manslaughter, leaving the scene of an accident causing serious injury, driving without a license and operating a motor vehicle impaired by drugs.

Imbasciani, whose Instagram handle is venusmachineart, has posted several photos of her artwork. She grew up in Staten Island and studied art history at Bard College, according to her Facebook page.

Imbasciani’s mother, Lisa Maccarelli Imbasciani, wrote on Facebook, “My beautiful, brilliant and talented daughter Erica was taken from us last night by a hit-and-run driver. I don’t know how to live from this point on. I miss you my baby. I wish it was me.”

“Upper Amsterdam Avenue leaves no room for error,” he said. “Although reckless driving was a factor in this particular crash, safe street designs can mitigate bad driver decisions. That’s why Mayor de Blasio must instruct the Department of Transportation to redesign this street in a way that puts safety first.”

Previous Hinano Ayakawa: 36 Must-See Pictures On The Internet
Next Olivia Jade Giannulli blames her parents for ‘ruining her life’