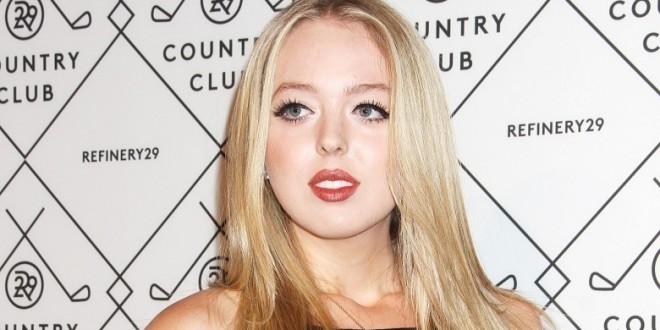 What most people don’t know about Tiffany Trump

Tiffany Ariana Trump may be the fourth child of loved and loathed Republican president-elect Donald J. Trump, but she’s forging an identity all her own and even dating a Democrat. Check out these interesting facts about the lesser known member of the Trump team. 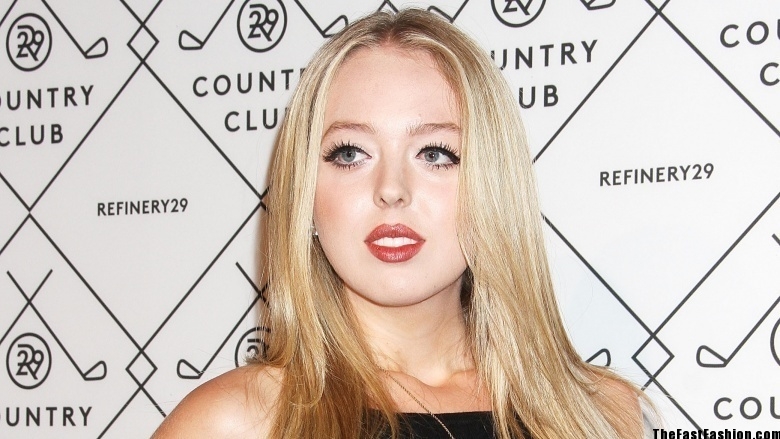 Tiffany, who celebrated her 23rd birthday in 2016, is named after the famed New York City jewelry store Tiffany & Co., according to Town and Country magazine. Situated on the corner of 5th Avenue and 57th Street, the boutique with the “Tiffany blue” jewelry boxes was made famous by Audrey Hepburn in the 1961 romantic comedy Breakfast at Tiffany’s. It just so happens that Donald built his world-renowned Trump Tower building right next to the retail icon in 1982. 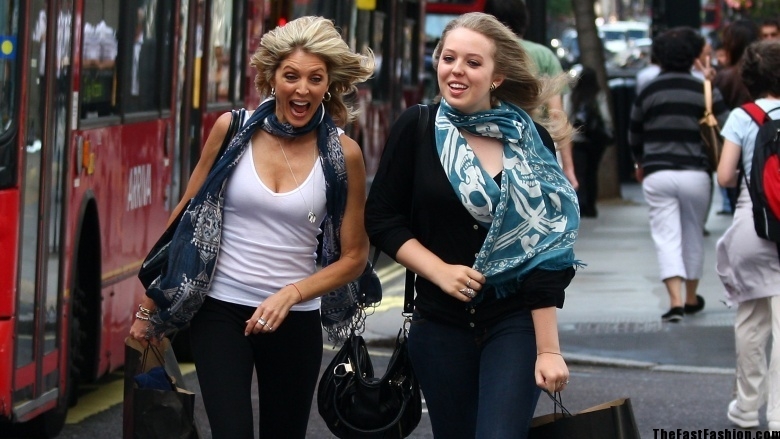 Tiffany is Donald’s only child with his second wife, Marla Maples, and according to an Oprah Winfrey Show interview, she’s a mommy’s girl. Raised in California, Tiffany said, “My mom and I have always been very close since she did raise me as like a single mom,” Tiffany dished. “My friends and everybody I know are like, ‘Wow, you guys really have a really good relationship.’ She’s with me a lot of the time, so people find that kind of shocking.” Tiffany had been urging fans to vote for her mom on Dancing With the Stars, but Maples was eliminated on the April 11, 2016 episode.

She grew up out of the spotlight 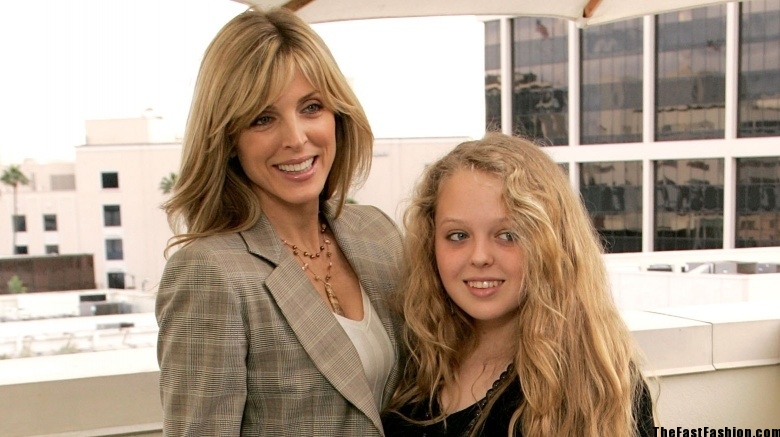 Despite growing up in a famous neighborhood—with a famous last name, no less—Tiffany managed to stay out of the spotlight for much of her childhood, all thanks to her mother. “She moved us out of New York to get out of the spotlight and let me grow up and find my own identity versus being in the shadow of a name or growing up very young with all that pressure,” she told People. “So, she wanted me to have a chance to have a normal childhood. As normal as possible. I think that she did well in that.”

She grew up near the Kardashians 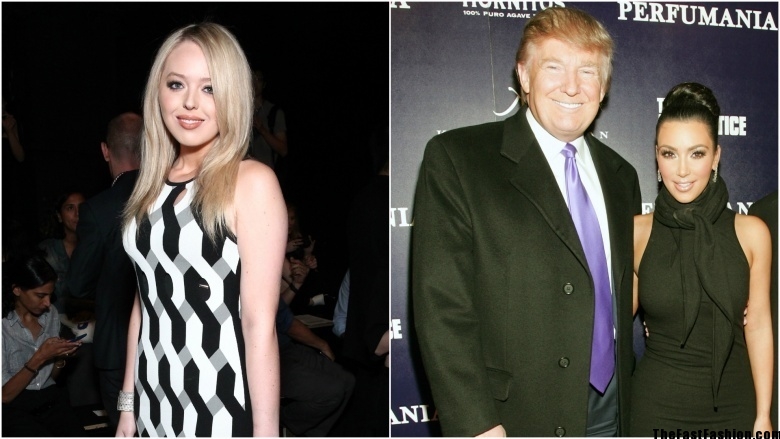 Tiffany was raised in Calabasas, Calif., which reality TV fans will know as the home of the Kardashian family. Naturally, Tiffany crossed paths with the Kardashians on occasion. “[We knew the Kardashians] like a little a bit,” she told People magazine. “My mom was friends with Kris, of course, and she’s amazing. We lived there before the show even started.” Tiffany also says she went to school near model Kendall Jenner.

She attended her father’s alma mater 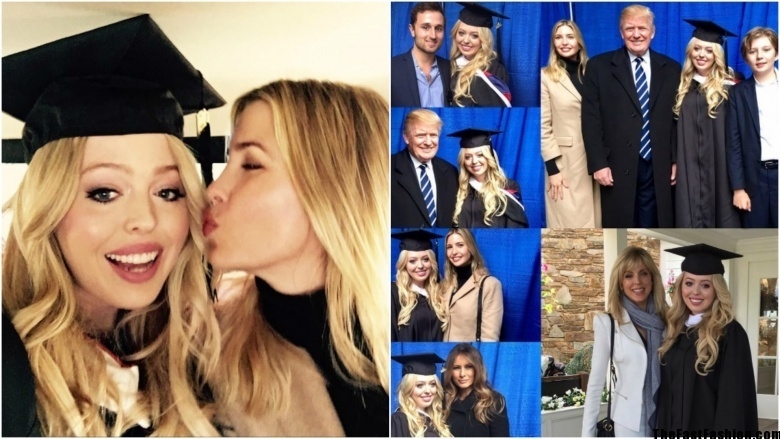 Tiffany was a student at her father’s alma mater, the University of Pennsylvania, where she majored in sociology and urban studies. “She’s got all A’s at Penn, so we’re proud of her,” Donald told People in 2014. She graduated in May 2016, with both her mom and dad on hand to celebrate. 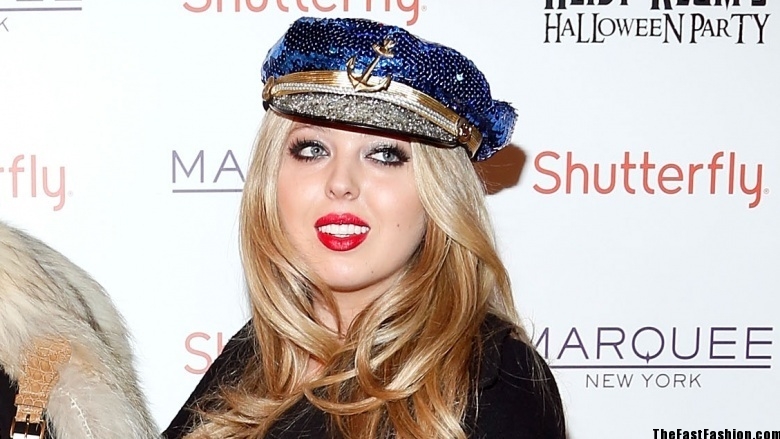 Before Tiffany shifted her focus toward college, she tried her hand at pop stardom. In 2011, she launched her debut single, “Like a Bird,” featuring Sprite and Logic. The track didn’t take off and became Tiffany’s first and only release. She told the Oprah Winfrey Show, “I love music. It’s always been very dear to me. It’s a big passion. It’s more of a hobby right now, but we’ll see in a couple of years if I want to take it to the next level as a professional.” 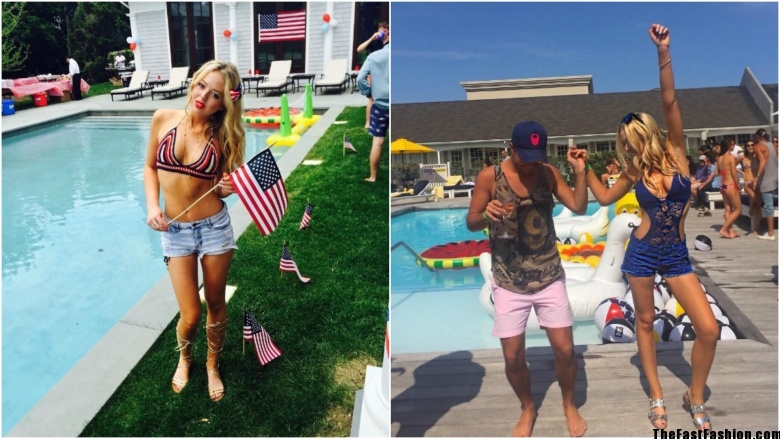 Tiffany has been grouped in with a social media Brat Pack commonly referred to as the “Rich Kids of Instagram.” According to DuJour, “The photos they share on social media tell the story of an enviable set of lives intertwined, sipping rosé in infinity pools by day, sipping rosé on balconies overlooking the Marais by night—a picture-perfect posse of wealthy progeny.” Jet-setting members include Kyra Kennedy, daughter of Robert F. Kennedy, Jr; Andrew Warren, grandson of fashion designer David Warren; Gaia Matisse, the great-great-grandaughter of iconic French painter Henri Matisse, and more. Compared to the rest of the squad, Tiffany’s social media image had actually seemed the most approachable and down-to-earth, though something tells us we’ll be seeing fewer party pics and pouty faces now that daddy is the leader of the free world.

She’s voted for her dad 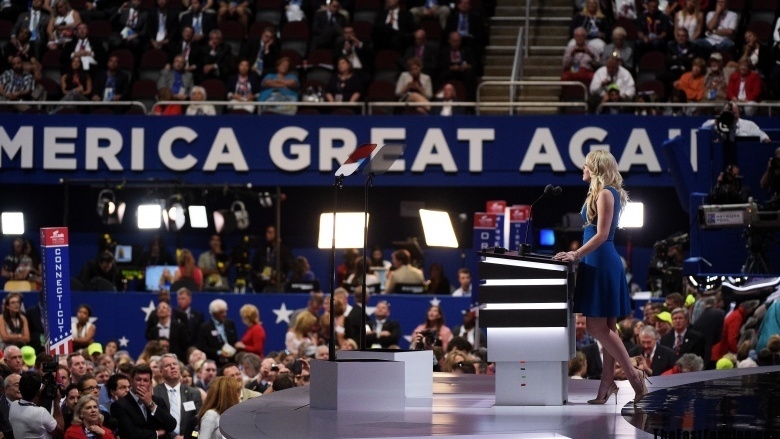 As Donald campaigned for president, his daughter boldly braved the crossfire. Though her father has been skewered over comments he’s made about women, Tiffany paints a different portrait. Her dad has “the utmost faith that we [women] can accomplish whatever we set our minds to, just as well as men, if not better,” she told CNN’s Anderson Cooper in April 2016. “I just truly feel that my father is the best father, the best husband he could be.”

Her boyfriend is a Democrat 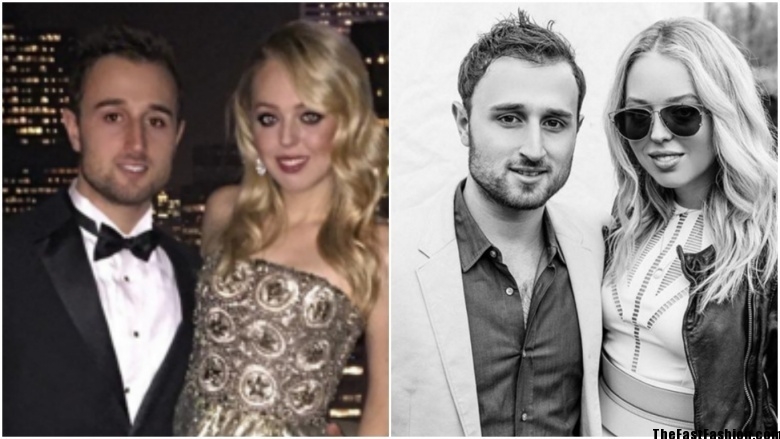 As her Republican father takes the reigns in the White House, Tiffany has been canoodling with the Democrats! According to the Daily Mail, Tiffany met software engineering student Ross Mechanic in college. Her boyfriend’s parents have reportedly been registered Democrats since 1988, and his father is well-known real estate lawyer Jonathan Mechanic. 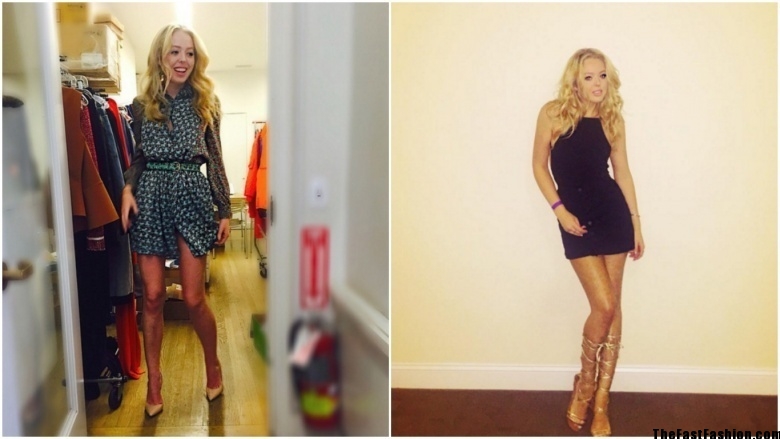 Tiffany walked in her first New York Fashion Week show in February 2016. According to People, she graced the catwalk for designer Andrew Warren (whose grandson is a member of the aforementioned “Insta-famous” club) in a stunning navy blue ensemble. Tiffany also starred in editorials and various advertisements for the line and is known for sporting Warren’s designs during nights out on the town. 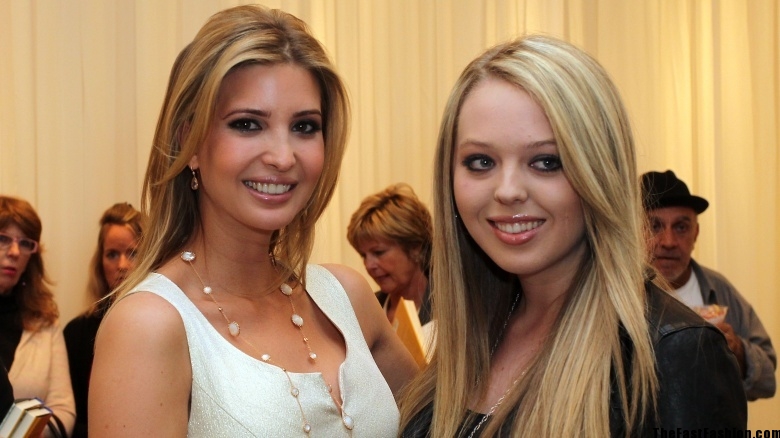 Tiffany and half-sister Ivanka are reportedly very close. “We would see each other on all of the holidays and talk to each other frequently,” Ivanka told People magazine. “She’s my little sister! I’ve been close to Tiffany her whole life, and I really love her.” Their relationship has grown even more now that Tiffany has graduated from college and is back in New York. “It’s wonderful because she’s right here in New York,” Ivanka said. “She’ll come with [me and husband Jared Kushner to our country house] on weekends sometimes, and she’s always with my kids. She’s a really good person.”

She was an intern at Vogue 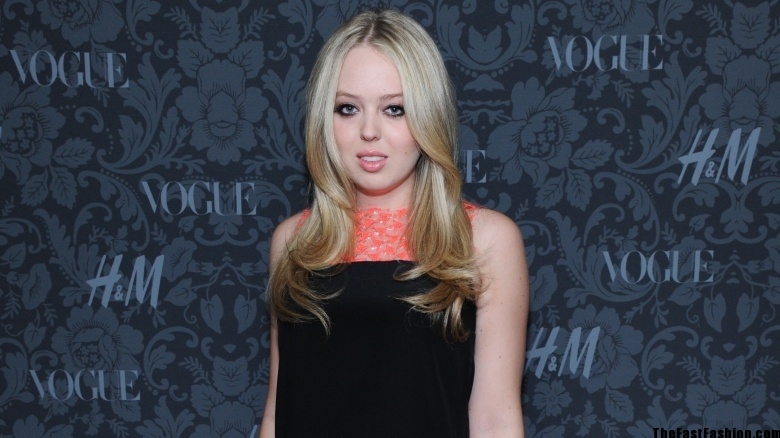 According to The New York Times, Tiffany landed an internship at Vogue in 2011, with the help of her half-sister, Ivanka Trump. After graduating from college in June 2016, Tiffany interned in the communications department at the eyewear company Warby Parker. Oh, and by the way, her summer internship at Warby Parker was paid, which surely made her business-mogul father proud.

She wants to go to law school 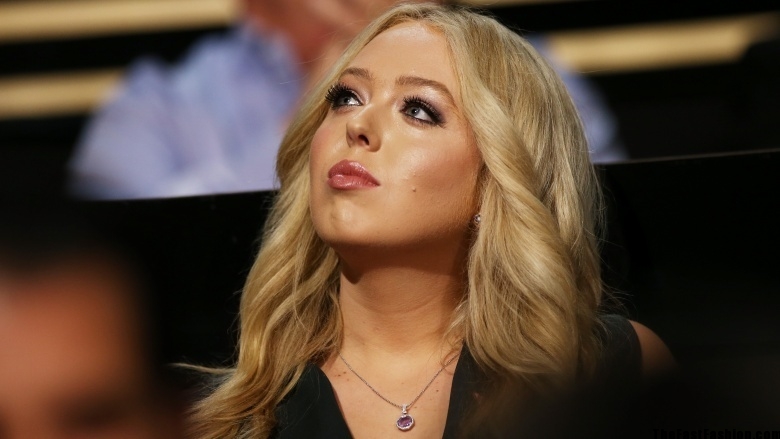 The New York Times said Tiffany is currently studying to take law school entrance exams, which doesn’t seem to surprise her friends. “Law school completely makes sense,” a friend told the Times, adding that Tiffany is a strong student who is “driven to prove herself.” The pal added, “A law degree would bring added value to a really accomplished family.”

“I’m really interested in fashion and technology and kind of just want to be at a place that’s innovative and new, where I can actually implement change and have a voice,” Tiffany told People magazine. “We’ll see what I find.” The magazine noted that she hopes to attend law school “within the next few years.”

RELATED:  Tiffany Trump Will Attend Georgetown Law School ’Cause Washington Is the Place to Be If Your Name Is Trump 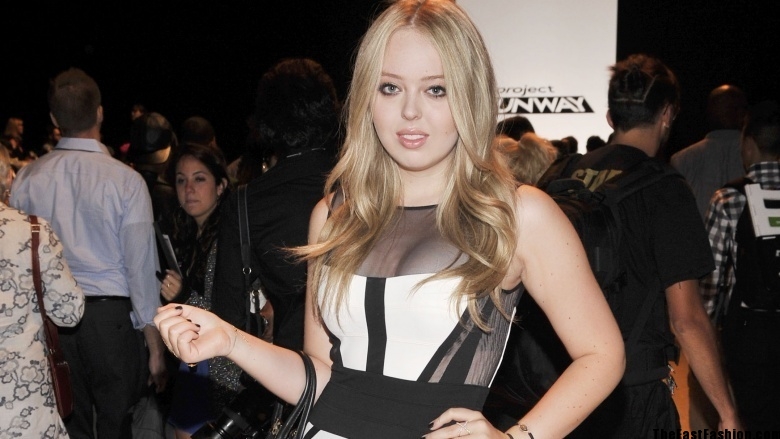 Although she has set her sights on law school, that hasn’t stopped Tiffany from hitting the job market. Speaking to FOX411 in April 2016, Maples revealed that her only daughter had already gone out on her first job interview. “She had to go to New York…It’s amazing,” Maples said. “My first instinct was [to tell her], ‘I feel so bad I can’t be there with you,'” Maples, who was competing on Dancing With the Stars at the time, added. “[But] I don’t think I would be able to be there with her anyway! She’s probably glad I’m not there, [because I would say] can I just walk you there? Did you eat before? We’ve gotta make sure you get food first!” Yeah, probably for the best. 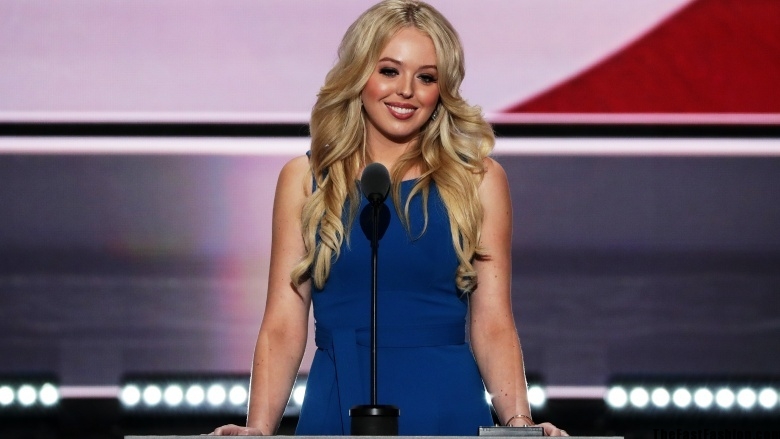 Just because her last name is Trump doesn’t mean Tiffany’s life is always first class. In fact, according to a friend, you might just find her in economy on your next flight. “Unless she’s with her dad, she’s happy to fly coach,” the friend told The New York Times. “When we flew together from Philly, we were in the middle seats at the back of the plane.” The friend added that the dress Tiffany wore for her speech at the Republican National Convention had been purchased the day before off the sales rack at Bloomingdale’s.

Is she the ‘Jan Brady’ of the Trump kids? 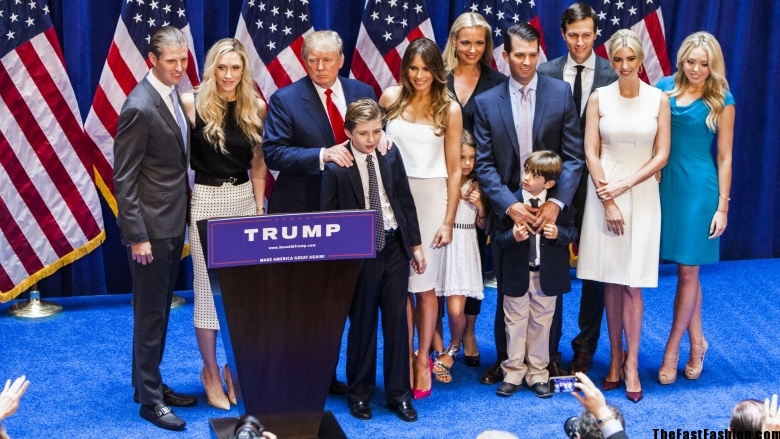 Though her profile increased dramatically as her father’s presidential campaign intensified, Tiffany has often been dubbed by the press as an outsider, an afterthought, and the “Jan Brady” of the Trump kids. According to an interview with Tiffany’s mom in The New York Times, the recent college grad would “like to get to know her father better and spend time with him like his other children did: by going to his office and watching him work.”

That office will now be an oval one, and early reports show no sign of Tiffany breaking into the inner circle. In fact, she is the only adult offspring of Donald’s who was not named to his White House transition team. “Daughter Ivanka and sons Eric and Donald Jr. and son-in-law Jared Kushner accounted for a fourth of the 16-member executive committee,” reported Fortune. 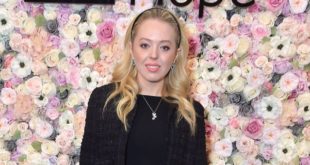 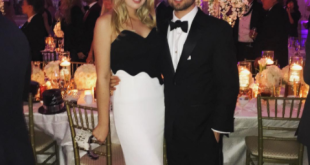