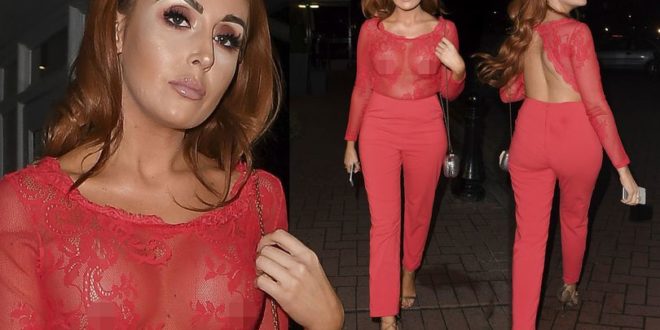 Laura Simpson continued to ignore her haters as she headed out in a boob-baring outfit.

The 29-year-old ‘party girl’ has been hitting headlines ever since footballer Wayne Rooney was caught drink-driving her car after they met on a night out.

Laura was spotted arriving at Wembley Arena on Friday night to watch Geordie Shore star Aaron Chalmers’ BAMMA fight, which ended when he knocked his opponent out in just 32 seconds.

She was wearing a skin-tight see-through red lace top and trousers.

She flashed her nipples as she went braless and strutted confidently as she made her way into the arena.

Her long auburn hair hung down her back, which was also bared thanks to her skimpy top.

It was claimed that Laura, 29, had enjoyed a “kiss and cuddle” with the footballer when they met in a bar.

He has been charged with drink-driving.

And on Thursday she appeared on This Morning to set the record straight – telling Holly Willoughby and Phillip Schofield that the entire situation had been blown out of proportion.

Taking to Twitter following her appearance on the ITV daytime show, Laura hit back at critics who slammed her for refusing to apologise for getting in a car with a married man – and she now says she would forgive Wayne if she were his wronged wife, Coleen Rooney, 31. 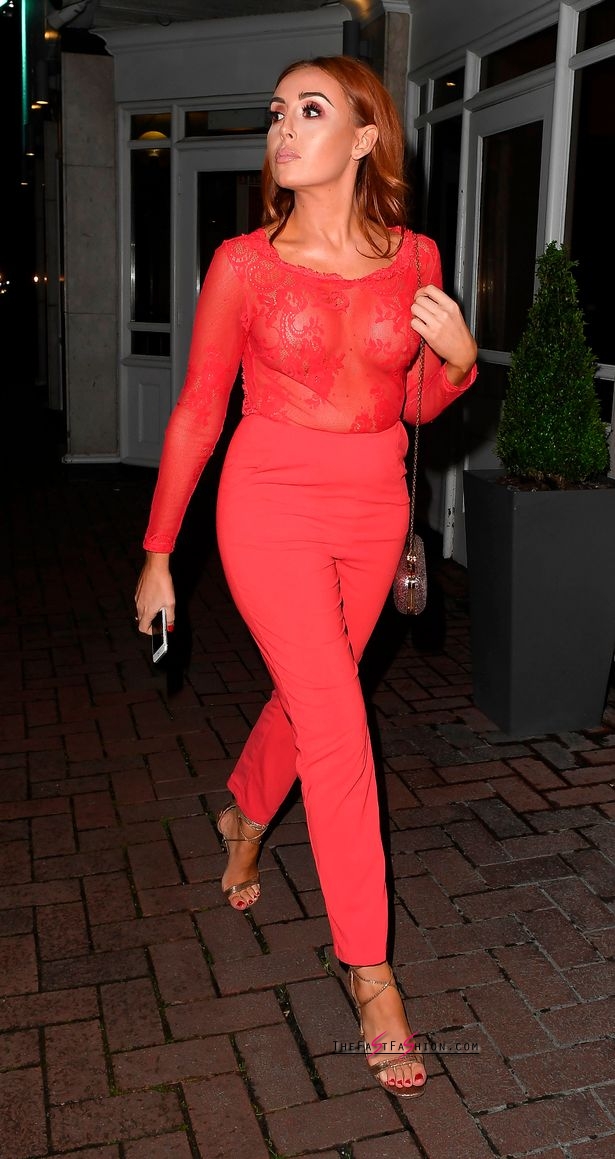 She flashed her nips in a see-through top 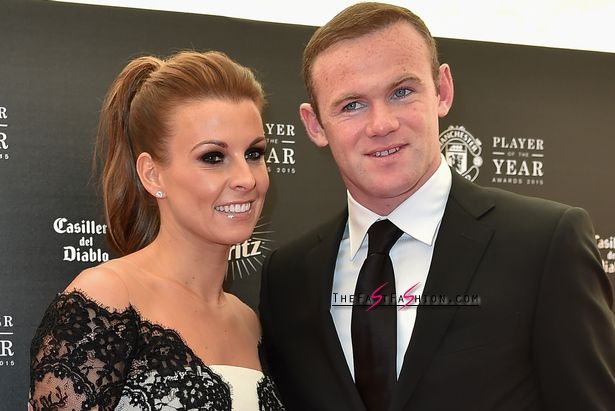 “To just clarify because there are some awfully thick people…” she began on Twitter.

“I meant he doesn’t deserve (the grief of it all) and I wouldn’t (break up with) if it was my partner,” she continued.

Admitting she was terrified during her TV appearance, she added: “I’m not media trained, I was shaking and scared to death.”

She also joked about her live TV appearance, revealing a fear she had suffered a make-up fail, tweeting: “PS how do I diet a double chin defo a face for the radio, trying to be fresh faced totally failed #HEAVYCONTOURNEEDED #potatohead”. 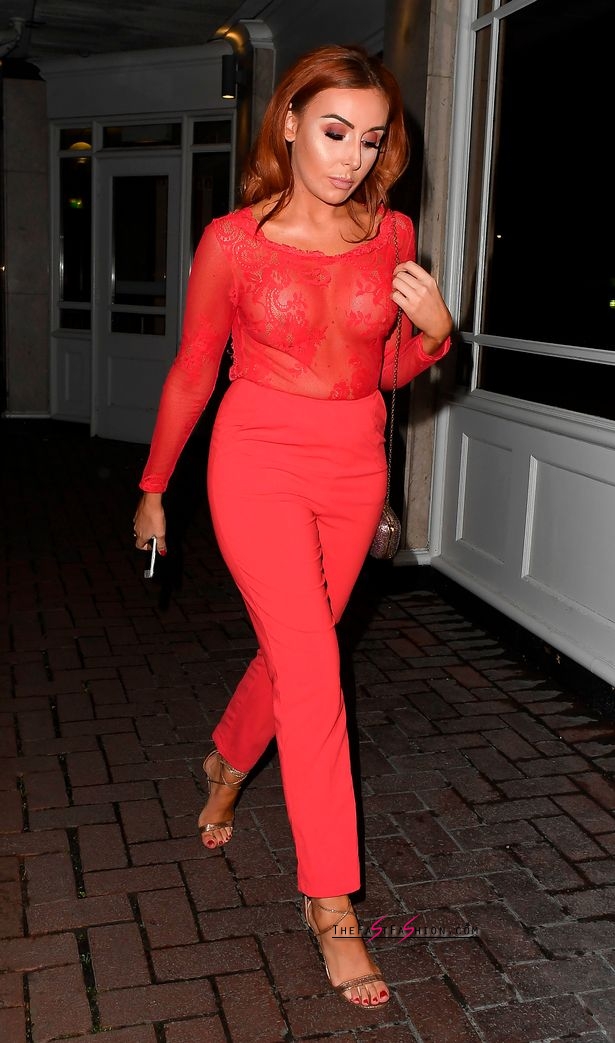 Wayne and Coleen have seen their marriage rocked since he was arrested for drink driving – with the incident making headlines on September 1.

As details emerged of him being in control of the car while three times over the limit and in the company of mum-of-one Laura.

Coleen – who is pregnant with her fourth child with Wayne – has been seen without her wedding ring in the days since the scandal emerged.

Wayne previously faced allegations of cheating on Coleen with a prostitute when she was pregnant with his first child in 2009.

Previous Lisa Appleton goes skinny dipping in the woods and gets completely naked to show off her new body
Next Demi Lovato talks childhood bullying, Raya dating, mental health awareness: ‘I have an awesome life today’