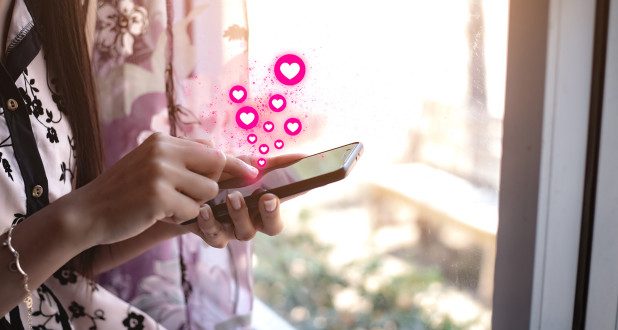 These guys are lovesick.

With the coronavirus bringing face-to-face dating to a halt, singles are getting increasingly desperate for some action. Enter “Love is Quarantine,” a social media dating experiment based on the popular reality show “Love is Blind.”

The concept comes from Bushwick creatives Thi Lam and Rance Nix, who are pairing off self-isolated singles for blind chats with total strangers — similar to the “Love is Blind” format of having daters rotate through “pods,” in which they could speak to but not see each other.

Stuck in their apartment with their jobs called off, Lam and Nix, 28, launched the concept Tuesday as a joke. Within just three hours, 24 people were going on “dates” in their own homes.

By Wednesday afternoon, the Instagram page had over 5,200 followers and over 500 eligible singles hoping to find romance while social distancing.

“We’re two extroverts. We’re going stir-crazy, it’s only day two of self-isolation,” says Lam. “We have a lot of time on our hands.”

Lam and Nix say they made up the show as they went along. Using a public Google Sheet and their Instagram account, they recruit people looking for love. Contestants enter their names, phone numbers and a short bio about themselves. Lam sees himself as Nick Lachey and Nix sees himself as Vanessa Lachey, the hosts of the Netflix show.

“I texted each person individually, ‘Hey, I see you signed up, do you want to do this?’ ” explains Nix, an actor and real estate agent. “People go, ‘Sure, why not? What the heck.’ And I would immediately shout to Thi, ‘Thi, another person wants to do it, put them in a pod!’ ”

On the Google Sheet that models the Netflix show, 24 daters rotate through 12 pods. Nix puts each couple in a group message and gives them question prompts to start off with.

“We tried to encourage people to get on the phone and have actual conversations. Some people were a little more comfortable with texting, which was cool because there were a few people that texted for quite a long time,” says Nix.

But the experiment isn’t limited to social media and texting. Contestants are also asked to film themselves before, during and after each date. Lam and Nix update their Instagram page in real time so fans could follow along with the drama of the night, just like the show.

And just like the show, it’s garnering some gossip. Lam and Nix started a fan tab in the Google sheet so viewers following along could chime in on the action.

Onlookers are quick to pick sides. One 30-year-old man, Red, went on a date with a 24-year-old named Haley. They had a lot in common, though Red was concerned about their age difference. Viewers noticed their story was extremely similar to Jessica’s from the real “Love is Blind,” who became the villain of the reality show after she couldn’t get past the age difference between her and her fiancé, Mark.

When Red then went out with another woman named Brooke, fans knew he was the Jessica in this situation — the contestant was also caught in a love triangle between Barnett and Mark in the pods on the show.

On Wednesday at 7:30 p.m., another round of dates will start, or “Season 2” as Lam and Nix call it. Today, they’re building a website and designing merchandise, which they plan to sell and donate the profits to Feeding America.

They don’t know how long their project will last.

“We will end this when we get our jobs back,” Lam says, adding they’re welcoming the distraction during this dark period with open arms. “This is genuinely organic and funny and stupid and kind of what we need right now as a society.”

It’s too soon to say whether any of the singles will maintain their bond once the pandemic ends, Lam says, but he’s hopeful something good will come of this experiment in the end.

“A couple of the couples are still chatting today, and there are a few people who really want to plan dates once we get through everything.”

Previous Coronavirus versus the flu — which is worse?
Next Some Americans ask a taboo question about coronavirus