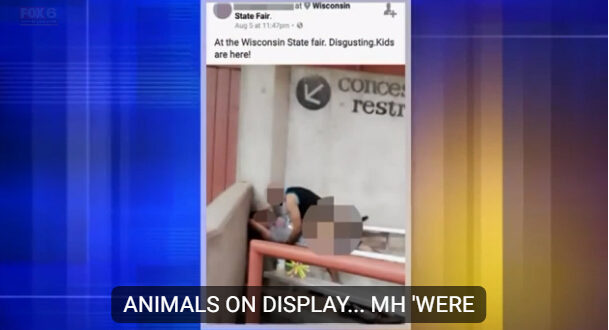 A couple at the Wisconsin State Fair was busted for giving visitors an X-rated show, according to reports.

The man and woman, who were not immediately identified, were caught having sex at the fair’s concession seating area in a video posted online over the weekend in West Allis, news station WITI reported.

Wisconsin State Fair officials confirmed that “appalling” footage from the fair had been circulating on Facebook.

The pair appeared to be fully aware that they were being filmed during the tryst. In the video, the man, whose bare buttocks were in full view, could even be seen waving to the camera.

Several fair-goers were horrified by the public sex act.

“We’re here for a horse show or a dog show — not to make babies,” visitor Morgan Hakenson told WITI.

Authorities have referred the case to the Milwaukee County District Attorney’s Office for potential criminal charges.