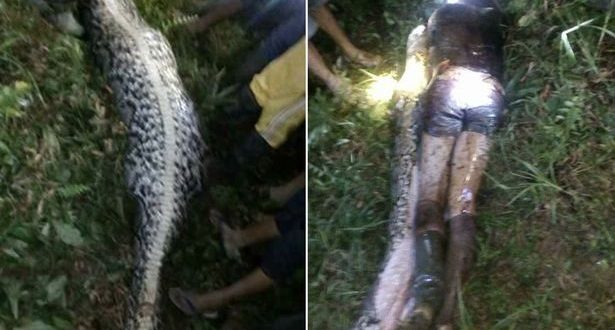 WARNING: GRAPHIC CONTENT. Friends discovered their missing pal in the belly of the snake after finding the animal sprawled out in his back garden

Horrified villagers searching for their missing pal were shocked when they found him in the stomach of a 7m-long PYTHON who had swallowed him whole.

Friends of Akbar Salubiro was still wearing welly boots, short and t-shirt when he was cut from the belly of the beast.

The snake was sliced open with an 18-inch hunting knife after villagers hunting for Salubiro found it in his back garden.

The 25-year-old vanished after he set off for work harvesting palm oil in a remote village on the island of west sulawesi, Indonesia, on Sunday night. 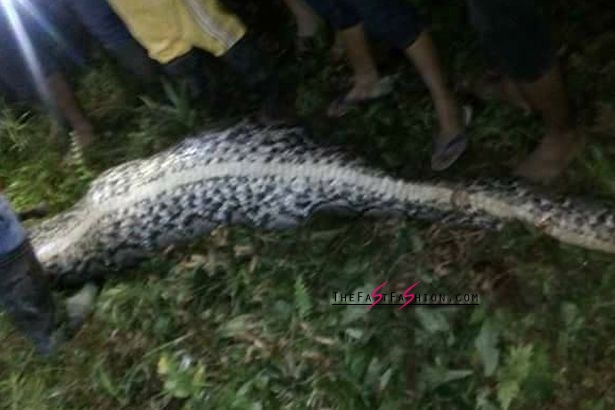 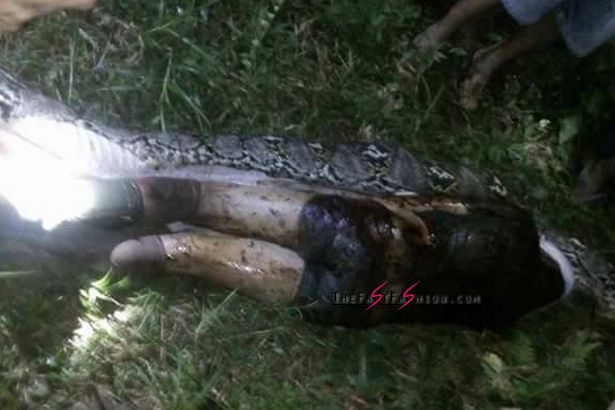 When he didn’t return home concerned friends and relatives began looking for him the next evening.

They found the stodged python sprawled out in Akbar’s own back garden on Monday night at 10pm – and feared he had been suffocated and swallowed.

Locals gathered round as one man used an 18-inch long hunting knife to slice open the serpent – and found Akbar inside still in tact. 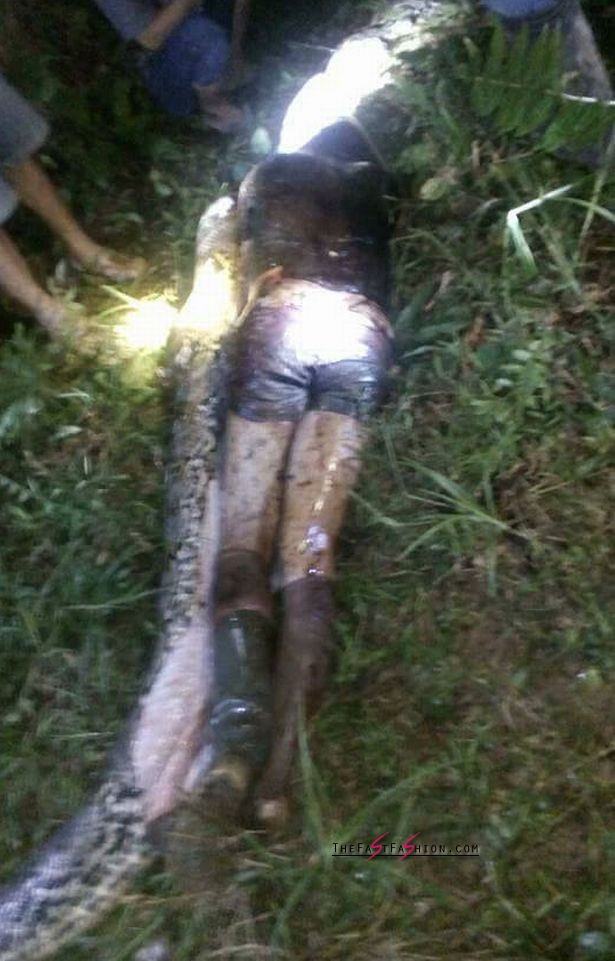 The 25-year-old was still wearing welly boots, short and t-shirt when he was found inside the animal – which was sprawled out in his back garden (Photo: Viral Press)

Incredible footage shows the corpse being slowly removed from the killer reptile as the leathery skin is peeled away.

Neighbour Satriawan – who knew Akbar – said: “He was found in the location of the garden.

“Initially Akbar set out from his home to go to harvest palm, after not returning to his home people looked for him.”

RELATED:  Welcome to the Frozen Dead Guy Festival where revellers enjoy being alive by celebrating DEATH 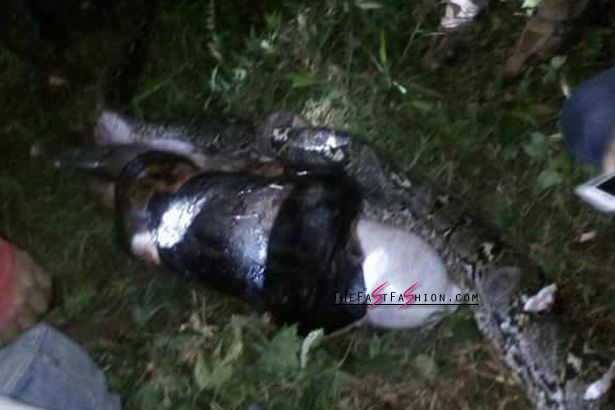 Local media reported that Akbar’s wife, Munu, was away at the time and only found out when pictures and video emerged in the news.

Village secretary Salubiro Junaidi said: “People had heard cries from the palm grove the night before Akbar was found in the snake’s stomach.

“When the snake was captured, the boots Akbar was wearing were clearly visible in the stomach of the snake.

“Resident cut open the belly of the snake and Akbar was lifeless.”

Reticulated pythons are boa constrictors that suffocate their victims before swallowing them whole. 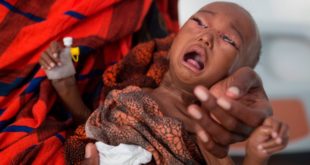 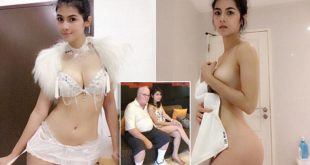