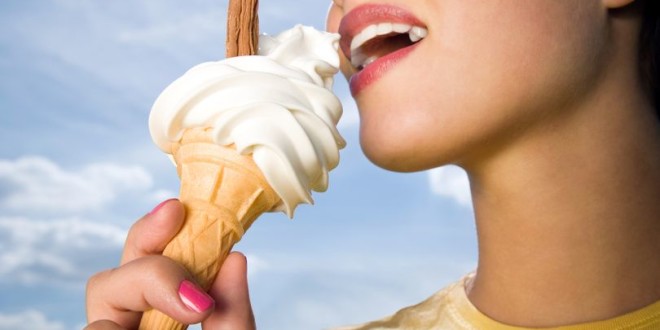 From spinach to parsnips, ice cream and even fruit, these are the unlikely dangers lurking in your cupboards

We are always being told to eat healthily but even certain foods we consider good for us can become dangerous depending on how you cook or handle them.

This week, the UK’s top food watchdog warned that our beloved crispy roast potatoes, chips and well-done toast could cause cancer.

The Food Standards Agency says overcooking potatoes and bread raises levels of the carcinogenic chemical acrylamide and their new campaign, Go For Gold, is aimed at discouraging families from cooking their spuds into golden brown roasties , as acrylamide has been shown to cause disease in lab rats and mice.

Steve Wearne, the FSA’s director of policy, says: “The majority of people are not aware that acrylamide exists, or that they might be able to reduce their intake.”

But starchy foods aren’t the only things we need to be worry about. There are a raft of products that could be dangerous when over or undercooked, or even reheated.

Nutritionists Jo Travers and Annemarie Aburrow talk us through the risks of some not-so-innocent food items and how to handle them carefully.

They’re staple ingredients in our favourite homemade soups or casseroles, but celery and spinach should be avoided if you’re planning on reheating a batch.

The nitrate contents of the vegetables which give them some goodness may be
problematic if you heat them for a second time, as it can cause the release of these cancer-causing toxins.

Avoid the risk: Either eat all the food straightaway or pick out the celery or spinach before reheating the dish.

Jo adds: “Celery also contain psoralens which can cause sensitivity to sunlight if eaten raw, but that’s a pretty low risk in this country as our sunlight is poor.” 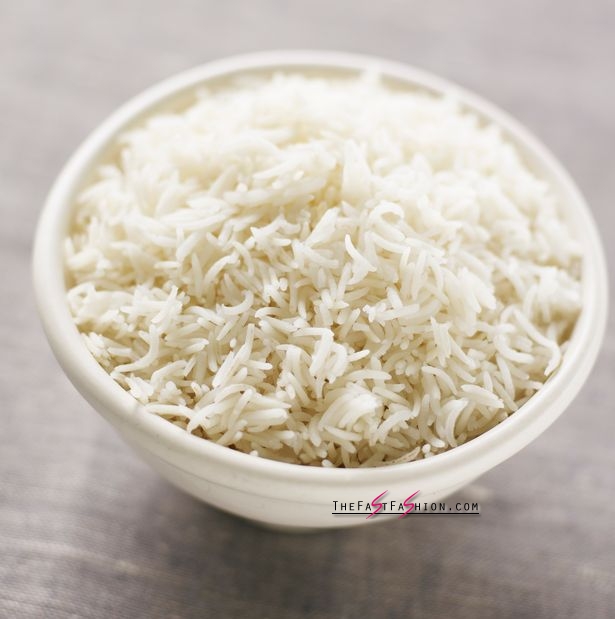 The FSA has frequently warned of the dangers posed by rice.

Uncooked, it sometimes contains spores of bacteria that can cause food poisoning and, when it’s cooked, the spores can survive. If the rice is left standing at room temperature, the spores will multiply and may produce poisons that cause vomiting or diarrhoea.

The longer cooked rice is left at room temperature, the greater the risk.

Avoid the risk: “Ideally rice should be cooked and eaten straight away,” says Jo. “If you are going to be storing the cooked rice, cool it quickly and keep it in the fridge and eat it within 24 hours.” 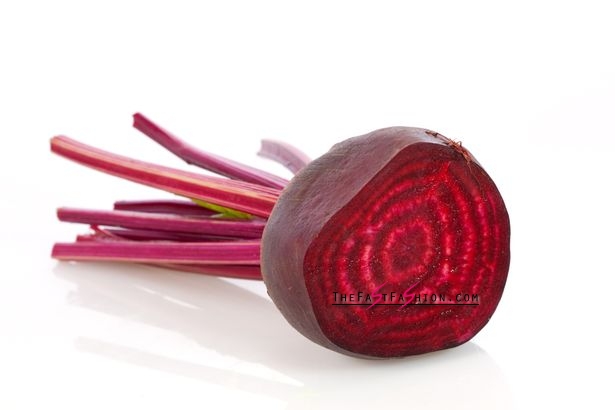 Like celery, beetroot is rich in nitrates and heating it up a second time can make it release its toxins.

But the nitrate risk would only really be a danger if our salad favourite was eaten in massive amounts, so eat beetroot in moderation, says Annemarie.

Avoid the risk: Eat it cold after it has been cooked rather than reheating it again. 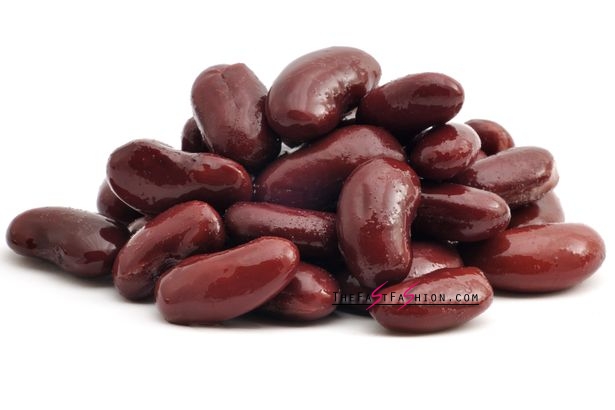 In their raw or undercooked state, kidney beans are a no-no as they contain toxins called kidney bean lectin. Many raw beans contain these but kidney beans have the highest toxin levels and can lead to
food poisoning.

Avoid the risk: Always cook them. Jo says: “Tinned beans have already been cooked properly but when using dried kidney beans, follow these three steps to destroy the toxins: soak the dried beans in water for at least 12 hours; drain and rinse the beans then cover
them with fresh water and boil them vigorously for at least 10 minutes; then simmer the beans for around 45-60 minutes to make them tender.”

It might be easiest to always use kidney beans from a can for your chilli con carne, as they’ve been through a rigorous heating process.

Red meat can become contaminated with the bacteria campylobacter – the UK’s most common cause of food poisoning.

And in chicken, the protein composition changes when the cold meat is heated for the second time after being kept in the fridge. This can cause
digestive problems.

Avoid the risk: Make sure you don’t leave any meat standing at room temperature for too long and always make sure it’s piping hot when you reheat it.

Jo advises: “Thorough cooking kills campylobacter, so poultry must be cooked all the way through until the juices run clear, not pink. Using a meat thermometer takes the guesswork out of it.”

Annemarie adds: “The main issue with reheating any meat depends how long you’ve stored it after you’ve cooked it – the longer you leave your leftover beef curry in the fridge, the more likely it is that bacteria will grow.

“Make sure you heat the food through completely, rather than eating it lukewarm or cold. You should try and eat any
leftovers within two or three days.” 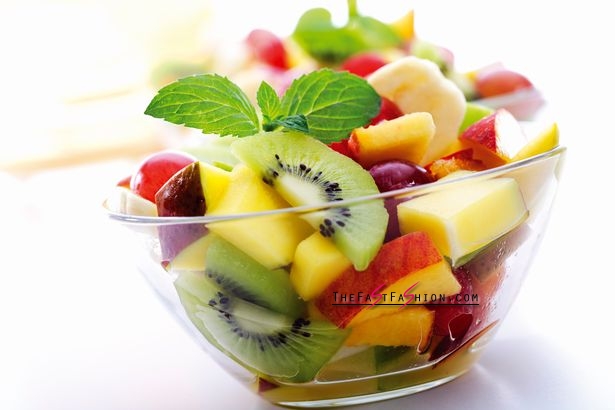 Annemarie says fruit left in the fridge can cause problems, especially berries and apples.

“If you leave fruit that’s been cut up in the fridge, when the seal of the skin has been broken, there is more chance of bacteria getting in.

“Because fruit is wet inside, you have the ideal environment for mould to grow.”

Avoid the risk: “Mould can penetrate quite deep into the fruit, so it’s not safe to just cut off the mould. You should just throw it away,” says Annemarie. 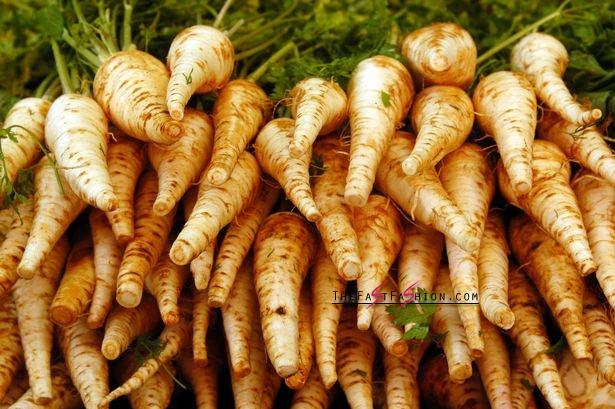 These and other root vegetables pose the same risk as potatoes, due to the presence of acrylamide.

Avoid the risk: “You can reduce the acrylamide content by cooking root veg only until golden,” Jo advises.

She adds that it’s best not to keep potatoes in the fridge as the cold raises acrylamide levels when cooking. 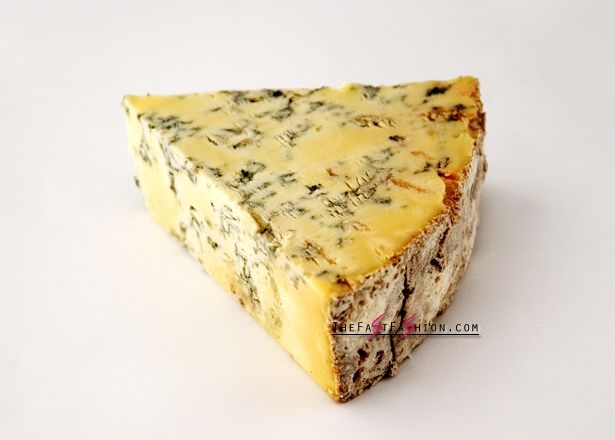 The main issue with soft unpasteurised cheeses – such as Brie – paté and unwashed vegetables, is the presence of a type of bacteria called listeria.

Annemarie says: “The general population should be OK, but some people are at an increased risk of developing the illness listeriosis, such as over-65s, pregnant women and their unborn babies, children less than one month old and people with a weakened immune system.”

Avoid the risk: If at risk, avoid soft cheeses and paté. And it’s best to wash your veg as it can become contaminated with bacteria if grown in affected soil or fertiliser. 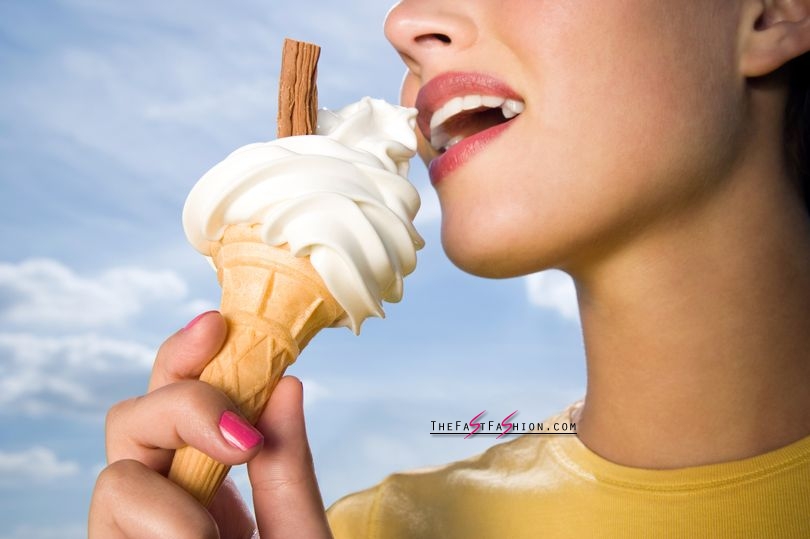 Varieties such as Mr Whippy can harbour bacteria and also increase the risk of listeria, if machinery isn’t properly cleaned or the ice-cream not pasteurised.

“It’s often something people don’t think about when they go on holiday”, says Annemarie. “As Mr Whippy ice-cream is softer, it’s more likely to have been kept at a higher temperature.

Avoid the risk: “We can think about it in the same way as we might think about bottled water when going abroad – just be conscious, especially with the more at-risk groups of people I mentioned.”

Or stick to hard, frozen ice-cream.