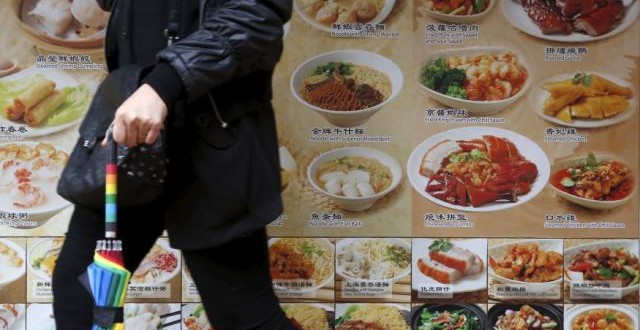 The history of why Jews eat Chinese food on Christmas

Going to a Chinese restaurant isn’t just about the delectable nosh—it’s a tradition rooted in a shared feeling of “otherness.”

When the day winds down and the sun begins to set on another year’s Yuletide, American Jews will begin their annual exodus from their homes into the place they feel accepted and understood every 25th of December: a Chinese restaurant.

The Jewish religion exudes tradition, and this one—the tradition of Jewish people in America stuffing their faces full of sesame chicken and peking duck for dinner on Christmas (“Jewish Christmas”)—is time-honored, and not just rooted in Jews’ affinity for noshing. At the turn of the century, Jennifer 8. Lee, producer of “The Search for General Tso,” told The Atlantic, the two largest non-Christian immigrant groups were Chinese and Jewish people, who both understood “what it’s like to be outsiders.” That closeness, the shared feeling of “otherness,” is a big part of what birthed the Jewish Christmas movement.

Lee expounded on this on the website First We Feast. “Ultimately, the Jewish-American experience today is very different from what it was a century ago,” she explained. Jewish people could go into Chinese restaurants and feel safe (from a Chinese perspective, they were still considered European). And during the 1920s, Chinese food was exotic and cosmopolitan, so the way to impress a girl was to go grab some chop suey.”

The trend started in New York. Jews, Chinese and other immigrants from all over the world arrived in the latter part of the 19th century, Ken Albala, professor of history and chair of Food Studies at University of the Pacific’s San Francisco campus told Mic. Most Jews moved to the Lower East Side in Manhattan, right below Chinatown, and intermingling was natural, especially with both groups equally passionate about cuisine. Eventually Jews spread out across the different boroughs of New York as did the Chinese restaurants, making it about proximity in addition to togetherness.

RELATED:  Chinese Food for Christmas? NYC Deli Does A Twist on a Jewish Tradition

“So it was always a matter of proximity,” Albala explained. “And then, what’s the only restaurant open on Christmas?” There was always a Chinese restaurant ready to dole out General Tso’s on a Christian holiday. A tradition was born.”

Dietary restrictions also played a part. Jewish law restricts mixing milk and meat, and Chinese food is usually devoid of dairy. And although pork and shellfish, also restricted, are star ingredients in many a Chinese dish, the meat is diced and fried to the point that it becomes just kosher enough for at least the reform Jew. Chinese food is also just delicious.

The tradition eventually spread out of New York across the country, and even trickled into other parts of the globe, but it remains a U.S. staple. It’s a pastime that became truly solidified in American culture in 2010 during Supreme Court Justice Elena Kagan’s confirmation hearing. When Senator Lindsey Graham asked Kagan where she had spent the previous Christmas, she chuckled and said, “You know, like all Jews, I was probably at a Chinese restaurant.” Moments later, Senator Chuck Schumer jumped in: “If I might, no other restaurants are open,” he added.

There you have it: Spending one of the last days of December overindulging in MSG is Supreme Court approved. Jewish Christmas in America lives on.

Previous The holiday shopping season is losing some of its power
Next ‘Private Show’: Gwen Stefani and Her Sons Celebrate Christmas Eve with Blake Shelton 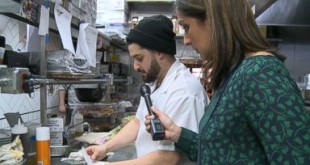 Chinese Food for Christmas? NYC Deli Does A Twist on a Jewish Tradition