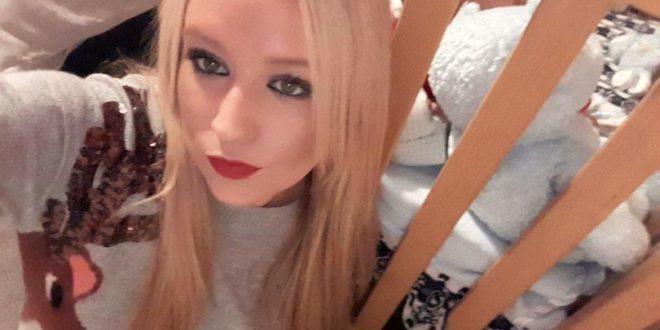 A mum claims she has been forced to leave her council flat by evil spirits which keep moving objects and have even SCRATCHED her.

Tacy Bruce says that despite her home being exorcised three times it is still inhabited by ghosts which can take the forms of a child, man or animal.

The 21-year-old has now had to move into her parents home because she is too scared to stay there and says the local council won’t rehouse her .

She claims the ghosts are picking on her one-year-old son.

She says they have also moved items around her one-bed flat in York and she has found Calpol sprayed over her cooker and had her coffee jars rearranged.

The paranormal activity has also seen toy cars make noises when they are switched off and plugs push themselves out of walls.

She has even taken a series of pictures which she claims captures the spirits.

Speaking about the pictures, beauty therapist Tacy said: “I’m sick of people telling me they are reflections, light or dust.”

She added: “I’m petrified to go back there with my son – I feel uncomfortable in there and the atmosphere changes at night.

“My son would be screaming from morning to night and as soon as he came out the house he was a completely different child.”

The mum-of-one says that she would “rather live in a box room at her mum’s house” than her haunted flat – which is believed to be built on land of a former burial ground.

Describing the attacks, Tacy said: “Four days ago I went back to the flat and ended up being scratched.

“I know it seems far-fetched, but I had my hair dryer plugged into the wall and the plug came out of the socket all by itself.

“I then went downstairs with a pain on my back and there was a big 5cm scratch.

“It looked like a claw mark and it disappeared the next day.”

Speaking about the affect it has had on her one-year-old son Josh, she added: “He continuously cries and doesn’t act like that anywhere else.

“People have said don’t take him back because he could be seeing something that I’m not.

“This could lead to problems in later life, psychological and waves things.”

Tacy said the 50-year-old property used to be occupied by an elderly man who committed suicide.

She believes the man, who lived in the property for 25 years before her, was possibly driven to committing suicide because of the same paranormal activity she experienced.

The man did not die in the house, but took an overdose and later died in hospital.

She said: “After a few run ins with the ghosts I decided to read up about the property online – and I wished I hadn’t.

“Like, this old man was stuck with whatever is still in there could – which have drawn him to do it.

Adding: “He had no family and was left alone with the problem.”

Tacy also says following bouts of spiritual rituals, blessings and exorcisms performed at her property – the ghouls are still lurking at her home.

She has been told that the address could be built on a burial ground and “strange smells” continue to fume from the back bedroom since September 2016 when she moved in.

Miss Bruce says the supernatural beings have taken the form of a small child, a man and an animal.

She says she also has videos of ‘orbs’ or beams of light moving quickly across the room.

The flat has been blessed three times, including by priest Canon Alan Sheridan and the property was even visited by psychic medium Lillyanne.

Tacy claims to have never believed in ghosts before moving into the home – but she can list a number of unexplained supernatural events which have occurred.

She claims she woke up one morning to find the contents of a Calpol bottle poured across her cooker despite leaving the lid screwed on.

Tacy says Josh becomes inconsolable while in the house and believes the ghosts are tormenting him – because he acts like “a different child” outside the premises.

She added: “I’ve felt like something is making me angry and it changes how I think and feel.

“I’ve never believed in ghosts before but I do now and nobody can say to me ‘they don’t exist’.”

James Bailey, landlord services manager at City of York Council, said: “In line with our usual assessment processes, we have considered the evidence provided, visited the property and interviewed the tenant.

“We have found that this case does not meet the criteria to move the tenant, who we have advised on their rehousing options.”

Tacy has hit back at criticism from people claiming that all she wanted was a new flat.

Asked what she thought of people saying she was making up the tale because she wanted a new flat, Tacy said: “It’s nothing to do with the flat itself, I love it and is in an ideal location and just a five minute walk from the city centre and is picturesque.

“I would take living in a cardboard box over that [the flat]. It has a brand new bathroom and comments to getting a two-bed is nothing to do with that.

She added: “All I want is somewhere safe to raise my child.” 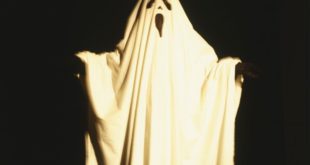