Breaking News
Home / Style / Mom Sends Daughter to Playdate in Her ‘Good’ Shoes, Is Outraged When They Come Back Marked Up 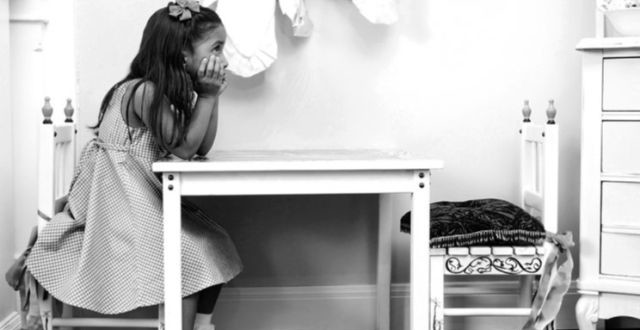 Mom Sends Daughter to Playdate in Her ‘Good’ Shoes, Is Outraged When They Come Back Marked Up

The levels of petty at the start of 2017 are high for one mom, who sent her friend a bill after her daughter came back from a playdate with her shoes scuffed up.

Sarah Bryan loves to dress her 3-year-old daughter, Isabella, in pricey duds, saying that her occupation as a fashion designer makes her determined to keep her little one looking fresh at all times. And making sure her 3-year-old is always stylin’ doesn’t come cheap. “Isabella’s [clothes] are usually Spanish boutique stuff,” Bryan told the Sun. “She’s actually a model, so I keep her in nice clothes and shoes all the time. These boots are important for her modeling work because they match her outfits.” According to the Sun, Bryan wants her friend Nicola, who was supervising the playdate, to pay £325 (about $400) to replace the boots, which allegedly came back with a small Sharpie mark on the toe.

According to Bryan, who sent a strongly worded email to Nicola, Isabella was “not supposed to go outside” in those particular shoes. For outings, she says, the 3-year-old usually has a bag of other shoes with her, shoes that her mother apparently didn’t opt to change her into before arriving for the playdate.

“Below is the bill for these replacing [sic] because they can not be fixed,” Bryan wrote. “These are fine Italian leather!” At the end of the email, Bryan threatened to take the matter “higher” if she wasn’t paid by Jan. 2.

Bryan often designs clothes using unconventional materials such as Skittles, and she amassed a bit of Internet fame in July for a look she designed out of pubic hair she crowdsourced from social media.

Not surprisingly, Bryan has faced some backlash on social media from people who feel that her actions were extreme. “I just don’t get why you would send a child in such expensive shoes,” one person commented on a photo of Bryan and her daughter, which the mom posted to Instagram. Another wrote on Facebook: “Who sends their kid to a play date in £300 pair of boots and not expect them to get dirty or ruined? What you want the child to do, stand without any movement? Might as well bubble wrap her.”

The negative comments prompted Bryan to take to Twitter to defend her actions and attempt to convince people that she’s not averse to scribbling on shoes, though her email and her actions suggest otherwise. Bryan posted an image of tiny red Mary Janes covered in black marker scribbles, saying she liked the revamped look. “I actually think scribbling on shoes is actually pretty cool,” she tweeted. “Made new shoes for Isabella out of her old Spanish shoes.”

I actually think scribbling on shoes is actually pretty cool 😂 made New shoes for Isabella out of her old old Spanish shoes 😂 pic.twitter.com/3nbDmSF5DM

While Bryan is keen on defending herself, Nicola remains unbothered. “She must have more money than sense if she’s going to pay that much for a pair of shoes for her daughter and then complain when they get ruined,” Nicola told the Sun. “Kids are kids. They get messy, they ruin things, that’s life. She needs to get over it because no amount of bills she sends me will make me pay for the shoes.”

If anything, this is a lesson that perhaps a 3-year-old’s shoes may fare better on a playdate if they are shoes she can actually play in.

Previous So This Is Why Kate Middleton Always Carries a Clutch
Next Will Trump’s promised wall become taxpayer-funded fence?