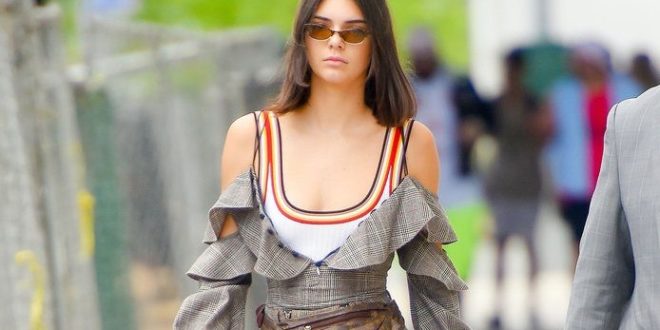 Are fanny packs making a comeback? If Kendall Jenner has anything to say about it, the answer is a resounding yes. Earlier in the summer, the Keeping Up With the Kardashiansstar was spotted accessorizing her off-model looks with not one but two different styles in the space of a couple days, and it doesn’t seem like she’s ready to retire the trendy accessory anytime soon.

Today, Jenner stepped out in New York City’s SoHo neighborhood wearing her trusty Louis Vuitton fanny pack with a very bold street style look. For the outing, she paired a sheer long sleeve black floral top with high-waisted cut off shorts and small gold-rimmed sunglasses. To complete this ’90s look, she wore her hair in a messy bun that is very reminiscent of Lindsay Lohan’s Hallie in the Parent Trap remake.

This isn’t the first time, she’s worn the Louis Vuitton fanny pack. In June, she paired the bold bag with a frilled gray plaid romper, which she wore with a white tank featuring a red, yellow, and brown striped neckline. She finished off the look with her go-to small cat-eye shades. 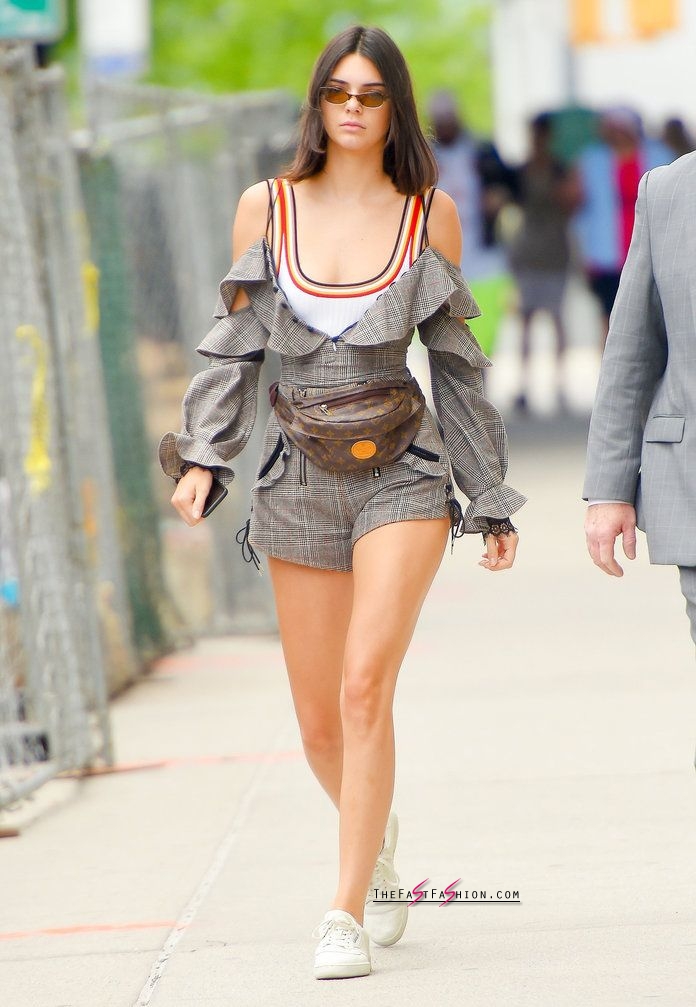 She’s also been spotted wearing a Chanel version, which she paired with mom jeans and a simple top (below). 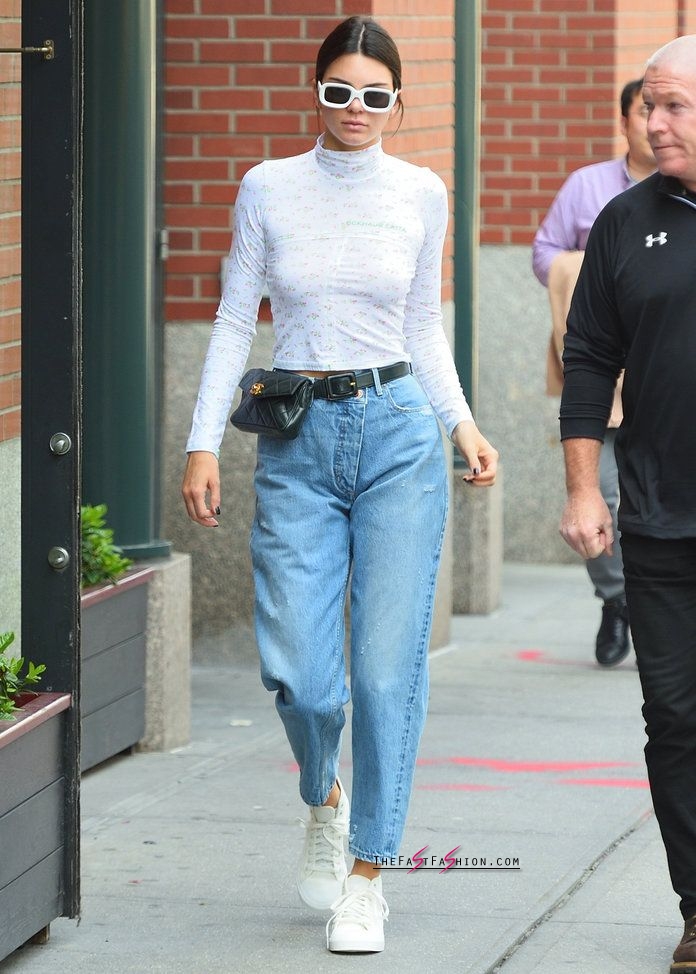 While she’s sported the quintessential ’90s bag several times over the summer, Jenner has been sporting the hands-free staple since the start of the year, most notably in January during Paris Fashion Week when she accessorized her look with the same Chanel bag she wore above.

RELATED:  Kendall Jenner baffles fans as she 'stands on a horse' for bizarre photoshoot 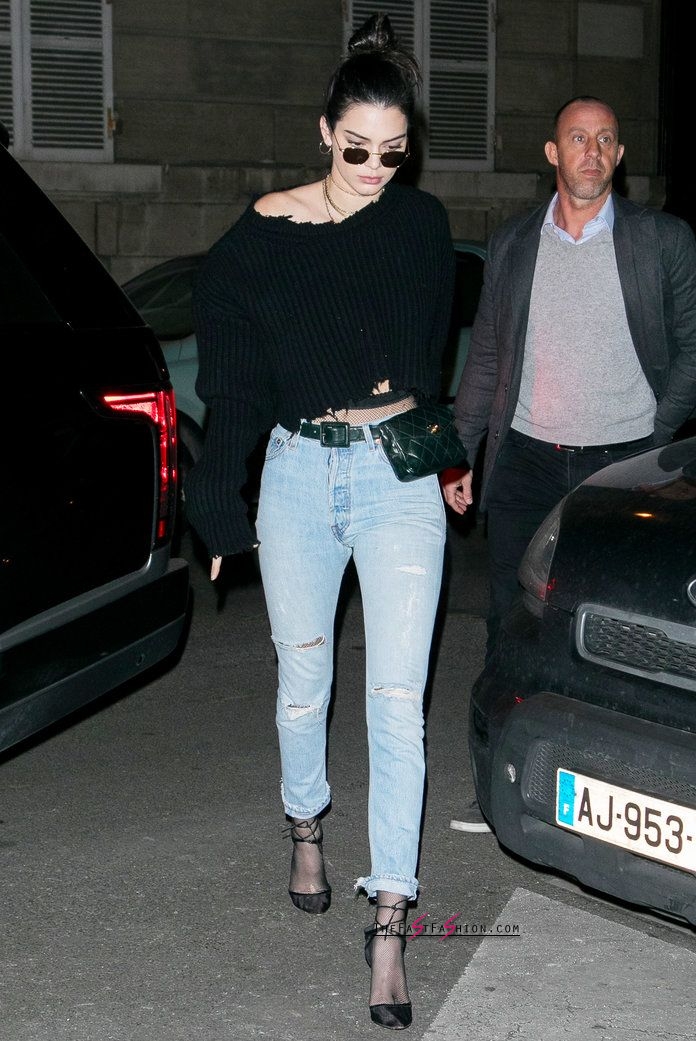 With summer in full swing, we have a feeling that she’ll continue rock the fanny pack.