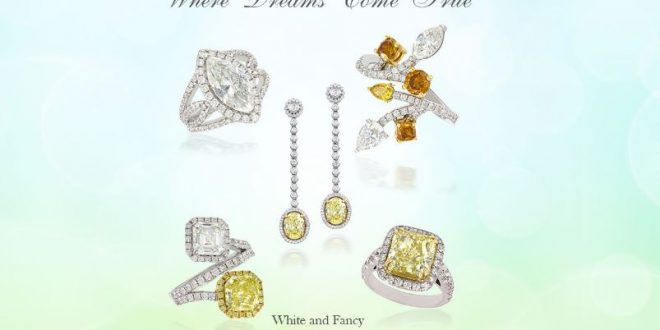 Conflict Diamonds and Other Conflict Stones

Have you heard about “conflict diamonds?”  Most people have heard of conflict diamonds and most know there is something bad about them but only a few people know what they really are or the story behind them.  If you are interested, read on and we will fill you in.

What are “conflict diamonds?”
A film in 2006, Blood Diamond, brought the world’s attention to the fact that some respected diamond merchants were distributing diamonds that had been mined in war zones in Africa.  The diamonds were being sold in order to fund warlords and other people leading uprisings in Sierra Leone, Angola, the Ivory Coast, and Liberia.

Conflict diamonds or “blood diamonds” are diamonds that originate from these areas controlled by factions opposed to legitimate, internationally recognized governments.  Since the issue of conflict diamonds first gained notoriety within the diamond industry about ten years ago, the flow of blood diamonds has been dramatically reduced.

What are “conflict stones?”
Some people felt that they could avoid conflict diamonds and funding despicable people by purchasing only jewelry make with colored gemstones.  Some couples even opted for colored gemstone engagement rings.  What they did not know was that the colored gemstone trade could be affected by the same problem.  The warlords were not picky about what type of stone as long as it brought them good money to keep their war subsidized.

What was happening with the colored gemstone mining?  Was it truly safe to assume that colored gemstones are conflict-free?  Could purchasing a sapphire or ruby rather than a diamond assure getting a conflict-free stone?  The honest answer is that we really did not know for certain but we will cover more on this later.

As a result of the Kimberly Process, diamonds are currently one of the most monitored natural resource in the world. The extensive certification process prevents conflict diamonds from entering the supply chain by isolating non-participating countries from the world diamond market.  By depriving unlawful, dishonest forces of what was once a significant source of funding, the Kimberley Process has become an important factor in restoring civil order and economic stability to developing nations.
Today’s status of conflict diamonds
Significantly decreasing the flow of conflict diamonds from illegitimate sources has also increased the flow of legitimate diamonds from smaller, developing countries which otherwise might have been overlooked in the diamond trade.

The adoption of the Kimberley Process by the world’s leading diamond producers and buyers has reduced conflict diamonds from approximately 15% of all diamonds sold in the 1990’s to less than one tenth of one percent today.  This makes it much easier for honest businesses like E. D. Marshall Jewelers to be sure they are not accidentally getting jewelry made with conflict diamonds.

Conflict-free diamonds are now a source of prosperity, especially in Africa.  Let’s look at some of the positive things happening because of this:
1. Due to the fact that approximately 65% of the world’s diamonds come from African countries these countries are able to earn $8.5 billion each year.
2. Diamond export income is paying for free education for every child in Botswana; something that has never happened before in this country’s history.
3. It is estimated that 40% of Namibia’s earnings from exporting of goods comes from diamonds.  This money is a critical source of funding in the country’s fight against HIV infection and AIDS which is at epidemic levels in that country.
4. It is thought that stopping the flow of conflict diamond related money into Sierra Leone made significant, positive changes.  In 2000, after a decade of civil war, Sierra Leone was barred from the diamond trade.  In less than 3 years the civil war terminated.  Shortly thereafter the country joined the Kimberley Process.  Today, diamond export earnings are the one most important source of funds for rebuilding the country’s infrastructure, health services and educational system in Sierra Leone.
Thoughts on colored stone trade
There is no procedure like the Kimberley Process in place to certify colored gemstones as they go from the mine to the market.  There are definitely multiple people asking if this should be rectified but it may not be necessary.  Why?

Colored gems, especially the ones of higher value like sapphire, ruby, emerald, alexandrite, and garnet, are much harder to find than diamonds.  Sure, when someone in the United States goes to a jewelry store like E. D. Marshall Jewelers they see many of these stones in jewelry right there in the store.  But as far as mining and rough cut stones, they are definitely more difficult to find.  It is rare that there would be enough gem stone in a single place at a given time to be able to buy guns for war and other insurgent acts.  Another issue is that even though these “other” gemstones are harder to acquire than diamonds they are routinely significantly less valuable, especially in their uncut, rough stone form.  Major players such as De Beers have substantial control over diamond prices.  Because of this, prices for rough diamonds are kept falsely elevated.  This does not happen for colored gemstones.  When the supply of colored stones increases the prices will fall, at least until the perceived surplus is sold off.

There are comparatively few documented cases of colored gems being used to fund conflicts versus the use of diamonds in this manner.  One well known incident occurred at the Eastern Thailand-Cambodian border, in the Pailin region.  This area in Cambodia used to be famous for their blue sapphire stones.  Many gem dealers rated sapphires from the Pailin region almost as high as the Kashmir or Burmese sapphires.  The Pailin gems were definitely rated above sapphires from Ceylon, Thailand, and Australia.  The Cambodian Communists, the Khmer Rouge, used the proceeds from the mining of the Pailin sapphires to fund their offensives.  Later their government was funded by ill-gotten monies from these stones as well.  It is sad to say, but the Pailin sapphire was likely one of the first “blood gemstones.”

Unfortunately, the Khmer Rouge totally drained the Pailin sapphire mines.  Today it is very difficult to find a Pailin sapphire with few showing up in the marketplace.
Today’s colored gem stones
Responsible jewelers and gemstone experts still worry about the mining of colored gemstones.  Regrettably, colored gemstone mining is mostly unregulated.  This leads to dangerous working conditions and the use of children as laborers in the mines.  Small, agile children can crawl into tight, extremely dangerous spaces where larger adults cannot go to look for gemstone deposits.  Inappropriately, this places these children at significant risk.  Most countries where gemstone mining occurs have not embraced fair labor practices and mining functions with minimal regulation and oversight.

At least a few countries are taking steps to improve mining conditions for their citizens.  Madagascar and Zimbabwe are 2 such countries.  In Zimbabwe a new plan has been set in place for the old mining companies operating in the Eastern part of the country where some of the richest diamond fields are found.  They have been stripped of their mining licenses.  A new company has been formed which is 50% government owned.  The idea is to better control the area so that much less looting of stones will occur.
At E. D. Marshall Jewelers we have always stayed informed about where the diamonds and gemstones are mined that are used in the jewelry we sell.  We are in favor of fair labor laws and safe mining conditions.  We certainly hope that a situation like conflict diamonds will never happen again.

Previous Have the Perfect Proposal: 6 Must-Know Proposal Tips
Next Jack Ma Gets a Warning From China on Ant’s Rapid Expansion