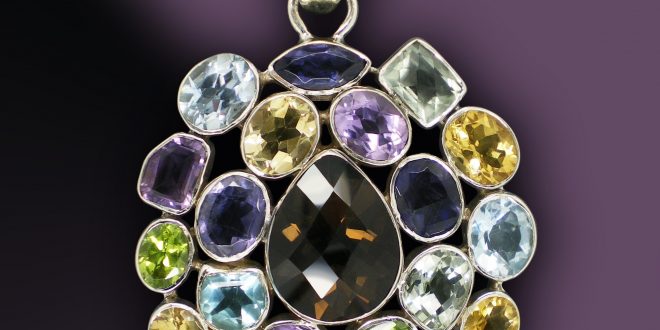 For centuries, wearing birthstones has been associated with optimal vitality and good fortune. Did you know that the birthstone for January, otherwise known as garnet, is believed to protect people from nightmares?

Garnet isn’t the only stone that’s linked to mystical powers, though. Read on to discover the inner secrets, hidden powers, and special birthstone meanings of these twelve amazing gems.

No matter which month you were born in, there is a birthstone associated with it that has many interesting facts and meanings behind it. If you need to decide which gemstone to use in your jewelry, you can check it out here.

January’s birthstone is garnet, which is a deep red silicate mineral of moderate hardness. The name garnet comes from the Middle English word for dark red. Even further back, it comes from the Latin word for seed or grain.

The garnet represents protection and is thought to keep its owner safe while traveling.

February’s stone is amethyst, which is a violet type of quartz. Amethyst comes from the Greek words for not and intoxicate. The Ancient Greeks believed amethyst could prevent drunkenness, so it represents wisdom or courage.

March’s stone is aquamarine, which is a cyan type of beryl that is very hard. March also has a secondary stone called bloodstone. The precedence of the two stones for March was switched in 1952.

The aquamarine represented serenity and was thought to protect against diseases affecting internal organs such as the heart, liver, and stomach.

April’s stone is diamond, usually transparent, made of pure carbon, and is the hardest of all minerals. Although diamonds can be made in a lab, natural diamonds are typically between 1 and 3.5 billion years old.

The diamond represents strength and is thought to bring courage.

May’s stone is emerald, which is a green type of beryl. The name comes from the Ancient Greek for the green gem. The emerald represents hope, and although it was once associated with fertility, it is now more closely tied to patience and growth.

June’s stone is a pearl, which is usually opaque white and is produced in the tissue of oysters and other shelled mollusks. June also has a secondary stone of moonstone and a tertiary stone of alexandrite.

The pearl represents love and is strongly associated with purity.

July’s stone is ruby, which is a red variety of corundum. The name ruby comes from the Latin for red. The ruby represented vitality and to protect its owner from evil. It is now more connected to love and passion.

August’s stone is peridot, which is a green silicate mineral. The origin of the name is uncertain, but it may come from the Latin for opal or from the Arabic for gem. A secondary stone for August is spinel, which was added in 2016.

The peridot represented beauty and protection against nightmares.

September’s stone is sapphire, which is a typically blue variety of corundum. The word sapphire comes from the Sanskrit for sacred to Saturn. The sapphire represented truth and protection against evil and poisoning.

October’s stone is the opal, a form of silica is found in many colors. October has a secondary stone of pink tourmaline. The opal represents faithfulness and confidence and to preserve eyesight.

November’s stone is topaz, a silicate of aluminum and fluorine and is found in many colors. The secondary stone of November is citrine. Topaz is thought to improve strength and intellect and represents love and affection.

December’s stone is turquoise, which is an opaque blue-green phosphate mineral. December has a secondary stone of zircon and a tertiary stone of tanzanite. Turquoise represents friendship and to keep away evil spirits.

Now that you know more about birthstone meanings, colors, and types, feel free to use the detailed guide linked above to pick out the right gemstone for you. If you’d like more information about birthstones, fashion tips, and more, please read our blog