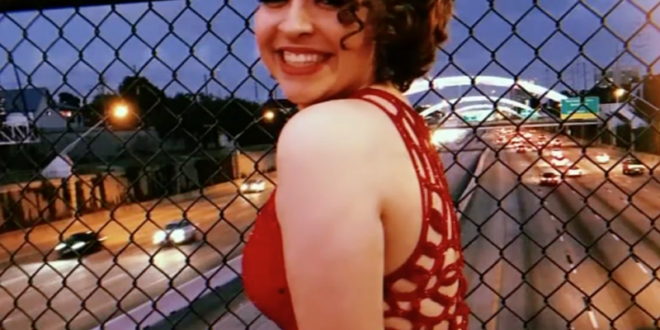 Tracy Maness never thought her prom dress would get a second use, but it seems she was happy to be proven wrong. And her story goes to show that sometimes, your old prom dress can come in handy.

Maness explained to ABC 13 that she left her red prom dress at her father’s house after her prom 20 years ago. Her father’s home in Meyerland, Houston, was flooded after Hurricane Harvey last year, but her dress wasn’t damaged.

One of Maness’s friends, Selene Ballestas, was also affected by Hurricane Harvey. Ballestas’s apartment flooded and the family lost their furniture and other belongings. As ABC 13 notes, a new prom dress for Ballestas’s daughter, Maya Munoz, wasn’t high on the priority list.

So Maness suggested Munoz wear her old dress — and it ended up fitting the teenager perfectly.

“I knew I’d never wear it again, so I decided to pass it on and bless somebody else with it,” Maness told ABC 13. She explained to the outlet that her red sequined gown was “classic and elegant.” Apparently, even the employees at Houston store Tootsies, where the dress was originally from, couldn’t believe it was two decades old.

“I feel so blessed,” Munoz said. “Not that many people would have this opportunity to get a free dress that would fit perfectly with their personality, and physically fit.”

To make things even more special for Munoz’s prom, the store  gave her a matching pair of shoes and earrings for the event, free of charge. On the shops Facebook page, they wrote, “A prom gown is so much more than a dress. It’s a beautiful expression of hope and generosity.”

And for Maness, seeing her dress get a second wear — at the same high school she went to, no less — took on a special meaning. “It made me feel very special and it was a great night. It feels good to be passing it on,” Maness told ABC 13. Her story goes to show that you never know when something will come in handy — and it’s always nice to pay it forward.

No, thanks.
Previous Men Are Addicted to Fashion websites as Much as Women
Next Leslie Mann on What She Taught Her Daughter, Maude: “Whatever’s on the Inside Comes Out”