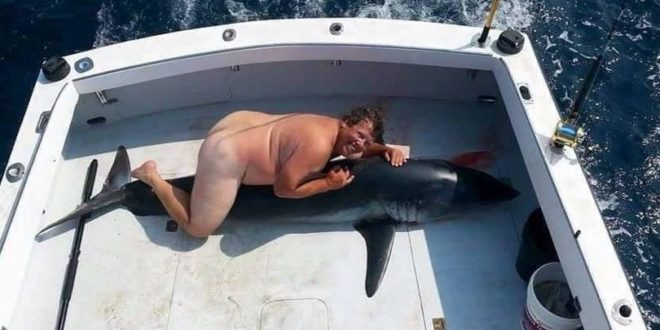 A bizarre hunt has been launched to identify a man pictured mounting a dead shark while naked.

Animal welfare campaigners are keen to find the nude poser after the shark was slaughtered in a suspected trophy killing.

The disturbing image shows the man grinning as he lies on top of the creature and hugs it on what looks like a fishing boat.

Activists branded the picture “disrespectful” to the shark and said the man should be quizzed over his “humiliating” behaviour. 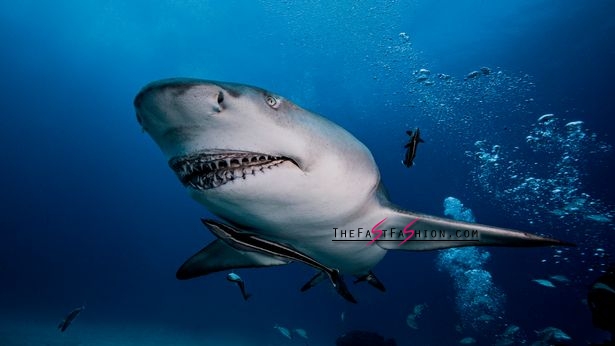 The photograph was shared by wildlife presenter Anneka Svenska who tweeted: “Who is this man? Please RT, find him & ask him why he did this? Where is the humour in humiliating slaughtered animals?”

More than a thousand social users have since retweeted the post.

While Marie Levine, founder and executive director of the Shark Research Institute, told The Huffington Post: “That’s disrespectful to the shark.” 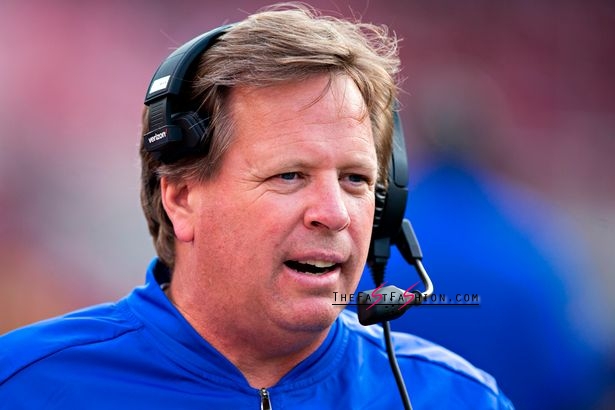 One man has already ruled himself out as the naked shark hunter after he was linked with the photograph.

University of Florida football coach Jim McElwain issued a statement to deny he was the man pictured after similarities were raised with the man.