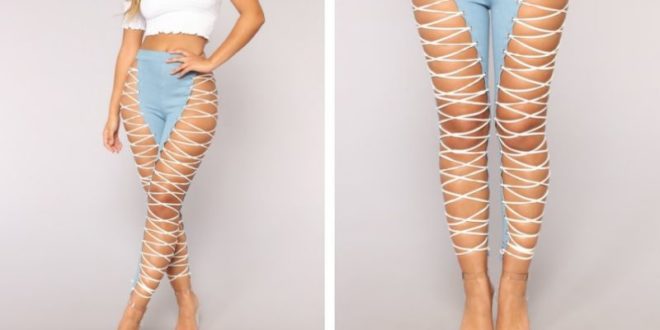 The ripped-knee jeans trend hasn’t been everyone’s favorite in terms of practicality — for those of us who don’t like exposing our knees to the elements, anyway.

But compared with a pair of lace-up jeans that have recently surfaced on the internet, denim that’s only slightly torn sounds like a godsend.

Fashion Nova‘s Wild Thang Lace Up Pants are selling for $49.99. They have the attributes you’d expect many jeans to have: They’re high rise, available in a light-blue wash, and boast a decent proportion of cotton content (74 percent). 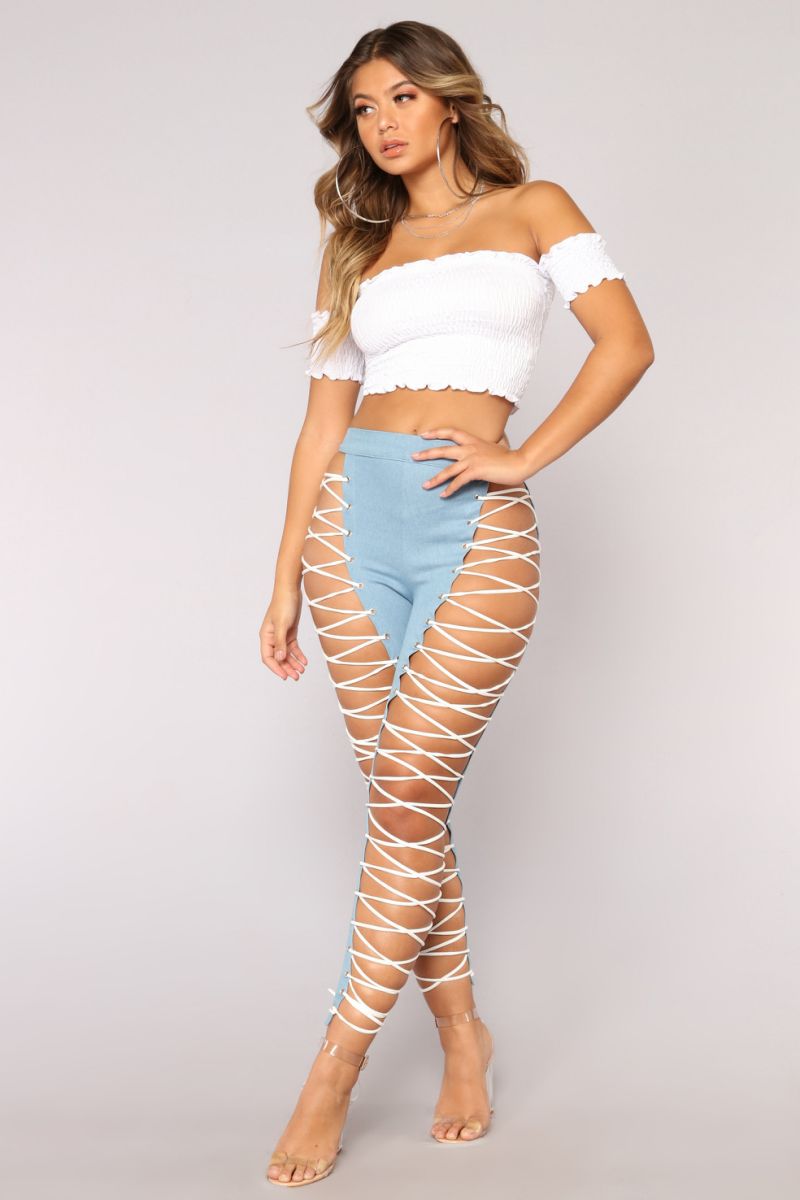 The “lace-up” element throws all that out the window, however. People are confused, to say the least.

Since the product was posted to Instagram, people have had a few words to say about Fashion Nova’s creation.

“What is she, a leg of ham in a deli?” quipped one commenter.

“I’m not paying full price for these, they better be half-off,” one person joked.

Others pointed out the potential difficulties in getting them on in the first place.

“How many times my toes would get caught in those strings every time I would try to put those pants on?! Ouch,” a commenter noted.

Not to mention what would happen if you wore them on a sunny day.

“Imagine getting a sunburn/tan in these,” read another comment.

If you need us, we’ll be wearing a pair of denim thong shorts or a denim jeans-skirt hybrid instead.

Previous Meghan Markle and Prince Harry’s $2,700 royal wedding coin blasted as ‘awful’ and ‘overpriced’
Next Best Kept Secret: Anyone Can Get a Free ‘HydraFacial-Lite’ Treatment at Sephora