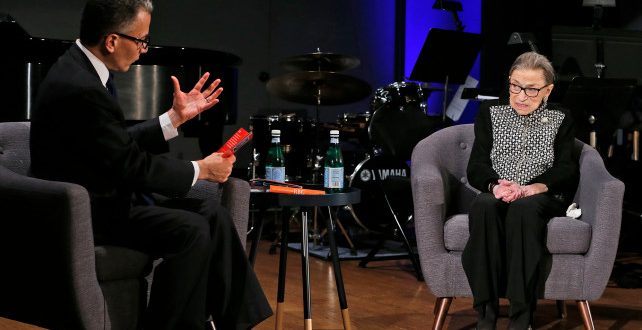 Supreme Court Justice Ruth Bader Ginsburg has razzled and dazzled the internet with a pair of silver sparkly heels. Ginsburg, 86, wore the bejeweled kicks while handing out the Woman of Leadership award at the Library of Congress in Washington, DC, last week.

Attendee Martha Stewart, never one to pass up a bit of tasteful flourish, posted a pic of Ginsburg’s look to Instagram.

And followers couldn’t take their eyes off the prize: not the award, but RBG’s rocking glittery heels.

“Last evening was very special and enlightening. Justice @ruth.bader.ginsburg Ruth Bader Ginsberg (sic) bestowed the first Woman of Leadership award on Agnes “Aggie” Gund @agnesgund in a formal ceremony in the Library of Congress in Washington. It was such a distinct pleasure to be involved in such an illustrious event. Thank you Julie Offerman for establishing this distinguished award. And thank you Justice Ginsberg (sic) and Aggie Gund for being the leaders you are!!!!!”

Ginsburg’s shoes stole the show, drawing 20,000 likes and gushing praise for the justice, ever presiding over the high court of haute couture. 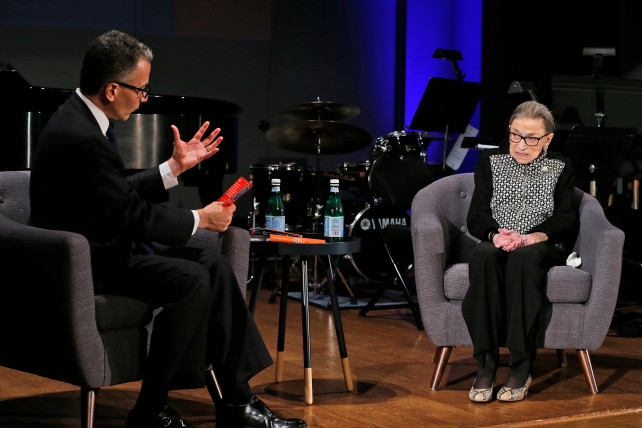 “RBG needs to click her glittery heels together three times and take us all back home,” he wrote alongside photos of the pumps.

That’s what we call supreme style.