Hematogen — a chocolatey, chewy snack with an oddly metallic aftertaste — was the go-to snack for Russian kids before the fall of the Soviet Union.

The popular nosh was created as a kid-friendly iron supplement. But while the label listed “black food albumin” — translation: blood — as an ingredient, most people didn’t know what they were eating, Munchies reports.

Alas, a generation of tots came to love the ubiquitous blood bars, which were cheaper and more accessible than candy. Now, these same Russian adults still have a soft spot for Hematogen — which is why it remains available to this day.

In fact, the twisted treat — it has the pliable texture of a Tootsie Roll — is still easier to find than one might think.

In addition to a horde of jumbo-pack options being sold on Amazon, “you can actually go out and buy it right now in New York,” at Russian specialty markets, says culture scholar Anastasia Lakhtikova, author of “Seasoned Socialism: Gender and Food in Late Soviet Everyday Life.” 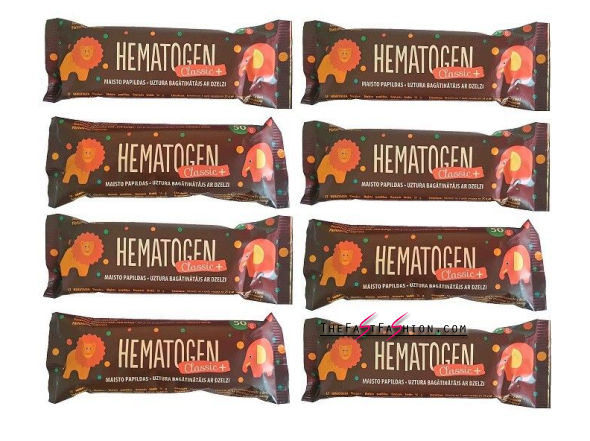