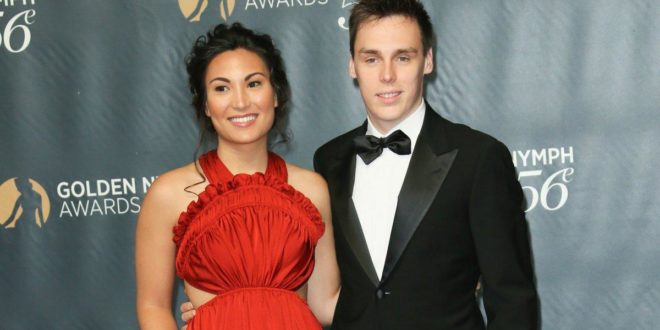 Time for another royal wedding.

Louis Ducruet, the grandson of the late actress and real-life Princess Grace Kelly, is engaged to marry his college sweetheart.

Louis is Stéphanie’s oldest child, her son with ex-husband Daniel Ducruet, who once was her bodyguard.

Louis, who’s 12th in line for the Monaco throne, and his fiancée went to college together at Western Carolina University, where he got his bachelor’s in sports management before attending business school in France.

The bride-to-be holds a marketing degree from Western Carolina, and currently works as the banqueting and convention coordinator at the celebrated Hotel Hermitage in Monaco, according to People.

“Proud to announce that I said YES to the love of my life,” Chevallier posted on Instagram, next to a photo of Louis on his knees proposing. “I love you so so so much,” she added.

The couple’s wedding date wasn’t announced in the brief statement that was issued by the Prince’s Palace.

The marriage marks the first for any of Stéphanie’s children, who include Pauline Ducruet, 23, and Camille Gottlieb, 19.

Royal weddings always turn heads — as Grace Kelly’s did in the mid-1950s. An Oscar winner for “The Country Girl,” Kelly gave up a high-flying Hollywood career to marry her prince.

More recently, other royal nuptials made headlines. England’s Prince Harry and Meghan Markle will tie the knot in May.