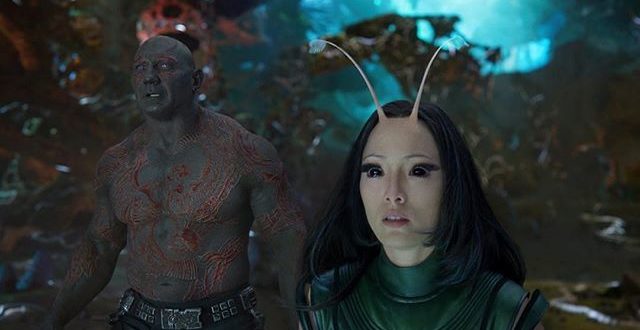 Pom Klementieff is a French actress who was born Quebec City, Quebec, Canada. She has appeared in such films as Loup (2009), Sleepless Night (2011) and Hacker’s Game (2015). Her big break, however, came when she landed the role of Mantis in the highly anticipated Marvel film Guardians of the Galaxy Vol. 2 (2017).

Klementieff had a tough upbringing. She and her brother were born to a Korean mother and French-Russian father whose work with the French government forced the family to travel extensively. Her father then died when she was five and her mother was deemed unable to care for her as she suffered from schizophrenia. Klementieff was raised by her paternal aunt and uncle but, sadly, her uncle passed away on her 18th birthday and her brother committed suicide on her 25th birthday.

Klementieff found solace in acting, which she started at 19. Her first professional job can in the French independent film Apres Lui (2007). She made her Hollywood debut in Spike Lee’s Oldboy (2013), a remake of the beloved South Korean film of the same name. For the role, she began taking boxing lessons as the character was an experienced martial artist. After winning the role, she trained three hours a day for two months for an on-screen fight with star Josh Brolin. After Klementieff completed her filming, she continued to take taekwondo lessons and even earned a purple belt.

Klementieff is an unknown to most audiences, but she has secured a key role as Mantis in Vol. 2. In the comics, Mantis is a grandmaster martial artist with telepathic abilities.