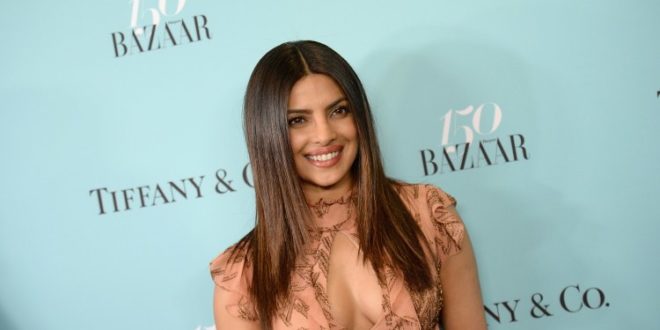 Priyanka Chopra, 34, is an Indian actress, singer, film producer, philanthropist and the winner of the Miss World 200 pageant.

Chopra is one of India’s highest-paid and most popular celebrities. She is highly decorated in her home country, having received the National Film Award and five Filmfare Awards. In 2016, the Indian Government even honored her with the Padma Shri, the fourth-highest civilian award, while Time magazine named her one of the 100 most influential people in the world.

Chopra has starred in a handful of popular Indian films such as The Hero (2003), Andaaz (2003), Mujhse Shaadi Karogi (2004), Aitraaz (2006), Krrish (2006)and Don (2006). In 2008, she gave arguably her best performance in the drama Fashion. She followed these breakout performances with a string of successful and critical acclaimed projects.

Her main introduction to American audiences came when she began starring as Alex Parrish on the ABC thriller Quantico, becoming the first South Asian to headline an American network series. As a recording artist, Chopa has also released three musical singles.

Arguably her biggest role to date will come in this month’s Baywatch alongside Dwayne “The Rock” Johnson and Zac Efron. Meanwhile, Chopra is also currently producing over a dozen regional films in various languages through her production company.

While Chopra has enjoyed a remarkably successful career in entertainment, she’s also done extensive philanthropic work. She supports various causes through her foundation The Priyanka Chopra Foundation for Health and Education, which works towards providing support to unprivileged children across the country in the areas of Education and Health. She donates ten percent of her earnings to fund the foundation’s operations and pays for educational and medical expenses for seventy children in India, fifty of whom are girls.

Clearly, Chopra is a renaissance woman who can do it all. It also doesn’t hurt that she’s drop dead gorgeous and now considered in an international sex symbol.

RELATED:  Priyanka Chopra totes her dog around in a $2K designer bag

Previous Middle School Teacher Suspected of Sex With Student Kills Herself in Front of Police
Next KATY PERRY: 10 Hottest Photos On Nude Beach 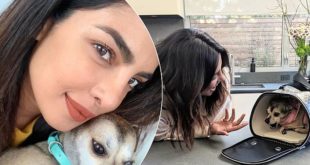 Priyanka Chopra totes her dog around in a $2K designer bag 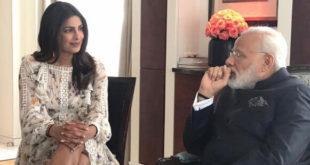