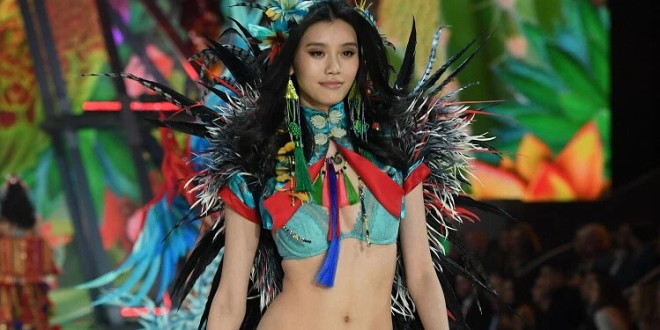 Ming Xi is an in-demand supermodel who has flaunted her beauty on many runways. She has modeled for Victoria’s Secret extensively, appearing in every one of their fashion shows since 2013. The sky is the limit for this tall and gorgeous lady.

Ming was born in Shanghai, China on March 8, 1989. In 2007, she graduated from Shanghai Donghua University, where she studied acting and fashion design. A year after finishing school, she appeared on television for the first time on a competition show called Go! Oriental Angels. And a year after that, Ming began her modeling career; taking her first step to super-stardom. She participated in the Elite Model Look competition, where she finished third and earned her way into a contract with the French luxury fashion and perfume company Givenchy.

Ming wowed audiences in the Givenchy runway shows, and in the process, earned herself international recognition in the modeling world. She showcased her art of beauty in Givenchy’s Fall/Winter 2010 campaign. A year later, she took part in the 2011 Fall/Winter New York Fashion Week. In 2014, Ms. Xi was invited to model for the Michael Kors Shanghai Extravaganza. She returned back to the city of her birth, bringing the beauty back home.

This 27-year-old model is truly a walking work of art. She continues to shine onstage in runways all around the globe. Look below to see 37 super-hot photos of the beautiful supermodel Ming Xi…