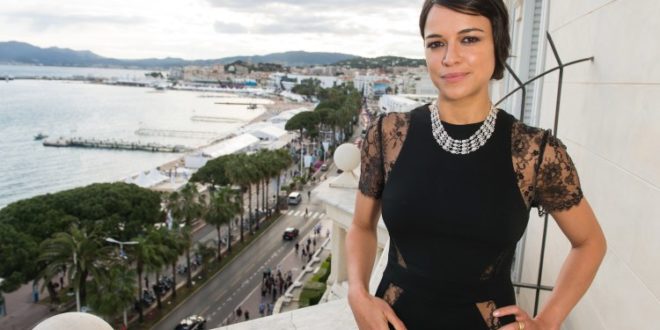 CANNES, FRANCE - MAY 15: Michelle Rodriguez poses on the balcony of The Avakian Suite during The 68th Annual Cannes Film Festival at The Carlton on May 15, 2015 in Cannes, France. (Photo by Samir Hussein/Getty Images for Avakian)

Michelle Rodriguez: 19 Hottest Photos Of ‘The Fate of the Furious’ Actress

Michelle Rodriguez is a 38-year-old actress from San Antonio, Texas. She made her presence felt immediately in show business, as her first gig was the lead role in Girlfight. Michelle played Diana Guzman in the 2000 film, and she received rave reviews for her performance of a troubled teen who turned to boxing.

[ngg_images source=”galleries” container_ids=”226″ display_type=”photocrati-nextgen_basic_thumbnails” override_thumbnail_settings=”0″ thumbnail_width=”240″ thumbnail_height=”160″ thumbnail_crop=”1″ images_per_page=”6″ number_of_columns=”0″ ajax_pagination=”0″ show_all_in_lightbox=”1″ use_imagebrowser_effect=”0″ show_slideshow_link=”1″ slideshow_link_text=”[Show slideshow]” order_by=”sortorder” order_direction=”ASC” returns=”included” maximum_entity_count=”500″]After Girlfight, Michelle had the full attention of Hollywood, and she picked a fantastic project for her next role. Michelle starred as Leticia “Letty” Ortiz in The Fast and the Furious (2001), which made $207.3 million at the box office against a budget of just $38 million. The movie spawned a gigantic franchise and Michelle would reprise her role several times over. Besides the original, Michelle has played Letty in Fast & Furious (2009), Fast & Furious 6 (2013), Furious 7 (2015), and The Fate of the Furious (2017).

With The Fate of the Furious set to hit theaters in the US on April 14, 2017, now is the perfect time to admire some of Michelle’s best pictures. Check out the hottest photos of the sexy, butt-kicking badass in the gallery above.

Previous Pearl Gonzalez: 20 Hottest Photos Of MMA Fighter Pulled From UFC 210 For Having Breast Implants
Next Australian high roller banned from every casino in the world claims Canadian billionaire offered $2 MILLION to sleep with his wife 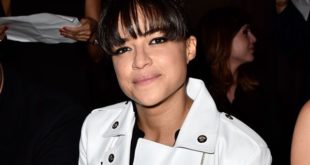