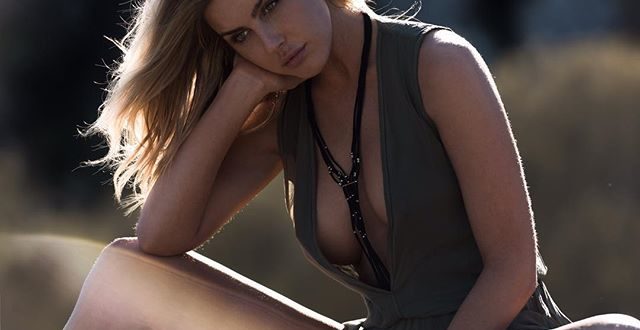 The latest celebrity gossip scoop is that G-Eazy is currently dating model Megan Haley. They’ve been spotted out in public various times, and after scrolling through the above gallery of Megan’s hottest photos, it’s easy to see why G-Eazy would want to date her. Super lame pun most definitely intended.

[ngg_images source=”galleries” container_ids=”192″ display_type=”photocrati-nextgen_basic_thumbnails” override_thumbnail_settings=”0″ thumbnail_width=”240″ thumbnail_height=”160″ thumbnail_crop=”1″ images_per_page=”6″ number_of_columns=”0″ ajax_pagination=”0″ show_all_in_lightbox=”1″ use_imagebrowser_effect=”0″ show_slideshow_link=”1″ slideshow_link_text=”[Show slideshow]” order_by=”sortorder” order_direction=”ASC” returns=”included” maximum_entity_count=”500″]We all know that G-Eazy is a rapper, who became pretty damn popular after his song “Me, Myself & I”
(with Bebe Rexha) blew the hell up, reaching #7 on the US Billboard Hot 100 and going platinum four times. But let’s do a little digging to find out more info on his better half.

Megan was born and raised in Northern California, and she moved to Los Angeles to study at Loyola Marymount University. While in LA, she was discovered by manager Caleb White. He realized that Megan was a total babe, who would thrive in the modeling game.

Since getting her start, the blond bombshell has graced the pages of magazines such as Cosmopolitan, GQ Brasil, and Modeliste, and she’s appeared in advertisements for brands like Polo Ralph Lauren, Guess, and Galia Lahav.

Megan currently has over 66,000 followers on Instagram, and I highly recommend that you join the club. In my best Men’s Wearhouse commercial voice, you’re going to like gawking at Megan’s sexy photos. I guarantee it.