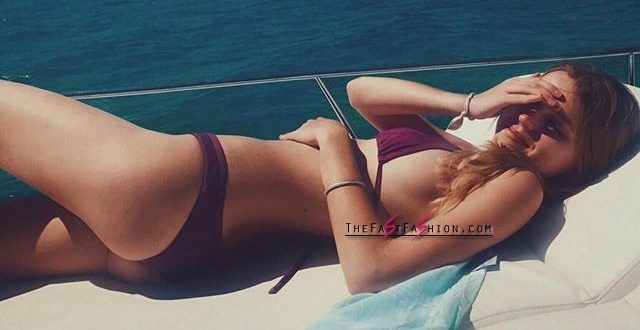 Mallory Edens is the gorgeous and super cool daughter of Milwaukee Bucks owner Wesley Edens. Why is she gorgeous? Well, just look up at that gallery. I think those pictures speak for themselves. Why is she super cool? Glad you asked.

Amid all of the trade rumors and, uhh, confirmations surrounding New York Knicks young gun Kristaps Porzingis (#FirePhilJackson), Mallory took the time to sell the unicorn on the up-and-coming Bucks on Twitter. Even though she doesn’t actually work for her dad’s basketball team, some have been complaining that this is tampering. But when Jackson himself is telling any and all who will listen that Porzingis is on the block, I think we can give Mallory a pass.

On Tuesday, Adrian Wojnarowski of The Verticalreported that Jackson has been weighing the possibility of trading Porzingis. Jackson recently met with Arizona forward Lauri Markkanen, who the Knicks could select with the No. 8 overall pick in Thursday’s draft.The Knicks have received several calls about Porzingis already, according to ESPN’s Ian Begley. Jackson confirmed those calls.“We’re listening but we’re not intrigued yet at this level,” Jackson told MSG.Jackson said that in his time coaching that he has never had a player skipped a meeting and was surprised because he’s had a good relationship with Porzingis.“As much as we love this guy, we have to do what’s best for the club,” Jackson added.

Mallory, who was last seen on Twitter roasting Bill Simmons, was shocked to see what was unfolding.

If that wasn’t enough, Mallory’s follow up tweet proved she gets what she wants as she compared herself to Veruca Salt from Charlie and the Chocolate Factory.