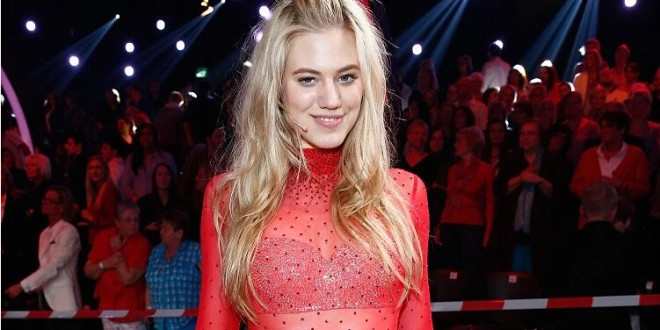 Larissa-Antonia Marolt is spectacularly beautiful. In 2008, she burst onto the modeling scene in a big way. At only 16-years-old, Marolt was already named Austria’s Next Top Model. The now 24-year-old beauty has appeared on multiple television shows, including talent and dance competitions.

Marolt was born in Klagenfurt, Austria. As a result of winning Austria’s Next Top Model, the young Larissa was signed on with Wiener Models and appeared on the Feburary 2008 cover of Miss magazine. Winning that contest also meant that Marolt would be the new face of Swarovski Crystallized‘s advertising campaign. When she won Austria’s Next Top Model, she also automatically qualified for Germany’s Next Top Model, placing 8th in the competition. In 2009, Larissa took her talent to the runways of the Amber Fashion Show and the Vienna Life Ball.

Larissa is also an actress. She made her film debut in the film Rise Up! And Dance. In 2013, she played the lead role in the Austrian horror film Hopped Up – Friedliche Droge. In 2014, she participated in the German TV series Let’s Dance and finished in fourth place. That year, she was honored by her birth town of Klagenfurt, and was presented the ‘Special Lindwurm Award.’ In 2015, there was a German docudrama centered around the life of Marolt. The film is called Larissa goes to Hollywood.

Look below and gaze at the glamorous and gorgeous Larissa.