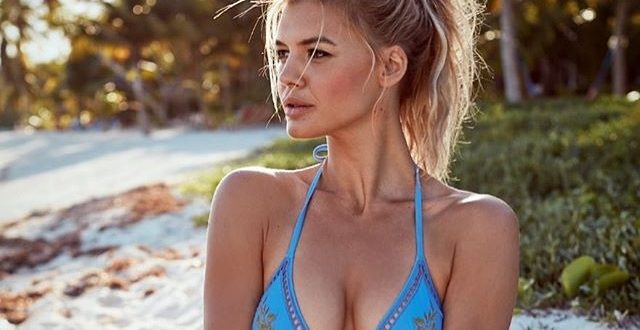 Kelly Rohrbach, 27, is an American model and actress.

She played golf for Greenwich Academy in Greenwich, Connecticut, earning herself an athletic scholarship to Georgetown University to play golf for the Hoyas. Rohrbach graduated from Georgetown in 2012 with a degree in theater and enrolled at the London Academy of Music and Dramatic Art to pursue acting.

Rohrbach scored small early roles in notable T series such as Two and a Half Men, The New Normal, Rizzoli & Isles, Broad City and Rush.

After working in Hollywood for two years without any breakout opportunities, she began modeling. This helped raised her profile as she appeared in Gap Inc.’s 2014 holiday marketing campaign and for Old Navy denim in 2015. She really began to take off when she appeared in the 2015 Sports Illustrated Swimsuit Issue, being named their Rookie of the Year.

Soon after, she was cast as C.J. Parker in the 2017 feature Baywatch, based on the popular 1989-2001 TV series of the same name. She’ll star alongside Dwayne Johnson, Zac Efron, Priyanka Chopra, Alexandra Daddario, Jon Bass and Illfenesh Hadera. As many fans know, the role of Parker was originally made famous by Pamela Anderson, so Rohrbach has some big shoes to fill.

Baywatch will hit theaters on May 25. 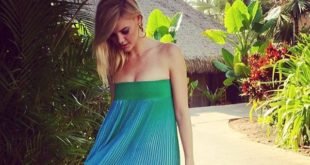