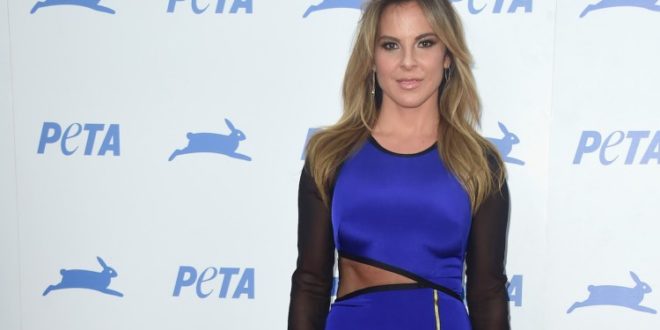 del Castillo rose to fame at the age of 18 due to her lead role in the telenovela Muchachitas for Televisa back in 1991. Throughout her career, del Castillo had roles in shows such as American Family, The Cleaner, Weeds, and CSI: Miami. In 2011, del Castillo began to achieve fame in the United States for her role in La Reina del Sur.

Kate del Castillo comes from Mexican acting royalty, as she is the daugther of Eric del Castillo, a legend of Mexican cinema and a soap opera star in his own right. del Castillo also has two siblings: her sister, Mexican journalist Verónica del Castillo, and a half-brother from her father’s side, Ponciano.

In 2012, del Castillo gained further notoriety for her relationship Joaquin ‘El Chapo’ Guzman, who was the the then at-large head of the Sinaloa Cartel.

“The government has numbed us, we are manupulated, and I say Mr. El Chapo lets go traffic with unknown well-being, lets do good to the world, you know how to trade, deal with love, with good things. Life is a business and the only thing that changes is the merchandise. Don’t you agree? Mr Chapo, wouldn’t it be cool that you started trafficking with love? Today I believe more in Chapo Guzmán [than in] the government that hides painful truths from me, who hide the cure for cancer, AIDS, etc., for their own benefit and wealth,” she wrote on her Twextra page

Previous Uniqlo wants to beat Zara at the fast-fashion game
Next Nana Asakawa: 25 Must-See Pictures of Take Over Young Magazine!