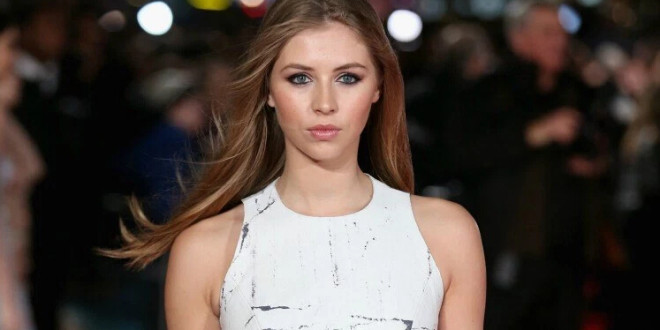 Hermione Corfield is a 23-year-old actress from London, United Kingdom. She made her film debut in 2014, playing Anna in 50 Kisses. Hermione would have no problem following that role up, landing parts as Matinee ‘Ann Kelmot’ in Mr. Holmes (2015), Record Shop Girl in Mission: Impossible – Rogue Nation (2015), Cassandra Featherstone in Pride and Prejudice and Zombies (2016), and Gabrielle “Gabbe” Givens in Fallen (2016).

Hermione would make her television debut in 2016, playing Cassie Watkins in the “Prey” episode of Endeavour. It seems that 2017 will go down as Hermione’s breakout year, as she’s involved in a number of exciting projects. She has a starring role as Emma Garland in the TV series The Halcyon, which made its debut on January 2, 2017.

In celebration of Hermione’s big moves, let’s take a look at some of her hottest photos. We’ll be seeing a whole lot more of her in 2017, and that is music to this blogger’s ears.